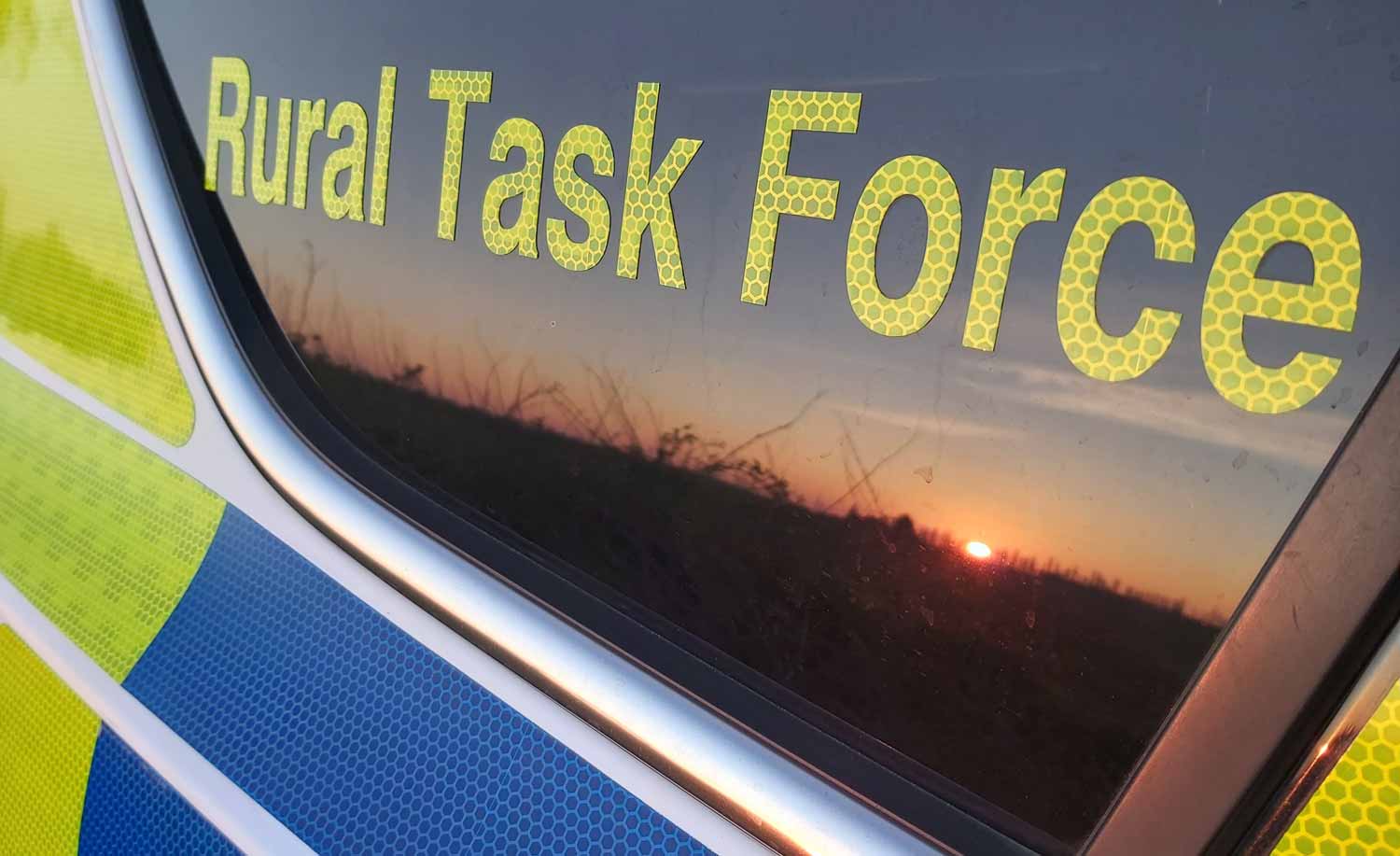 Class A drugs and poaching equipment have been seized by officers from the Rural Task Force as part of ongoing action aimed at targeting people involved in hare coursing.

The effort involves the team patrolling rural areas commonly targeted by people hare coursing and communicating with residents via the ‘Farm Watch’ social media messaging service. The app allows members of the rural community to contact the officers directly, allowing them to get to incidents quickly whilst directly communicating with the person reporting incident.

During a recent patrol the team stopped a Ford Focus after receiving reports of suspected hare coursing at a farm in Marden on Tuesday, 17 November. The driver was found to be in possession of a white powder, believed to be Class A drugs. He was arrested and later cautioned with the offence.

Later the same evening the team located an abandoned trailer in High Street, Charing. Enquiries revealed it had been stolen and the rightful owner was contacted.

On Wednesday, 18 November a community protection warning was issued to a man who had been involved in five separate incidents of hare coursing between September and November. The warning prohibits the man from trespassing on land with dogs.

Sergeant Darren Walshaw of the Rural Task Force said: ‘Those involved in poaching and hare coursing cause significant harm to rural communities often damaging property and becoming aggressive if challenged. We remain committed to tackling this problem and working with local farmers and gamekeepers to gather information and put our resources where they will be most effective.

‘This is an unprecedented time for everyone and my officers are continuing to protect and support rural communities throughout the pandemic. Whilst the vast majority of people respect the importance of adhering to the regulations, we will take appropriate action against those who show a blatant disregard for them.’