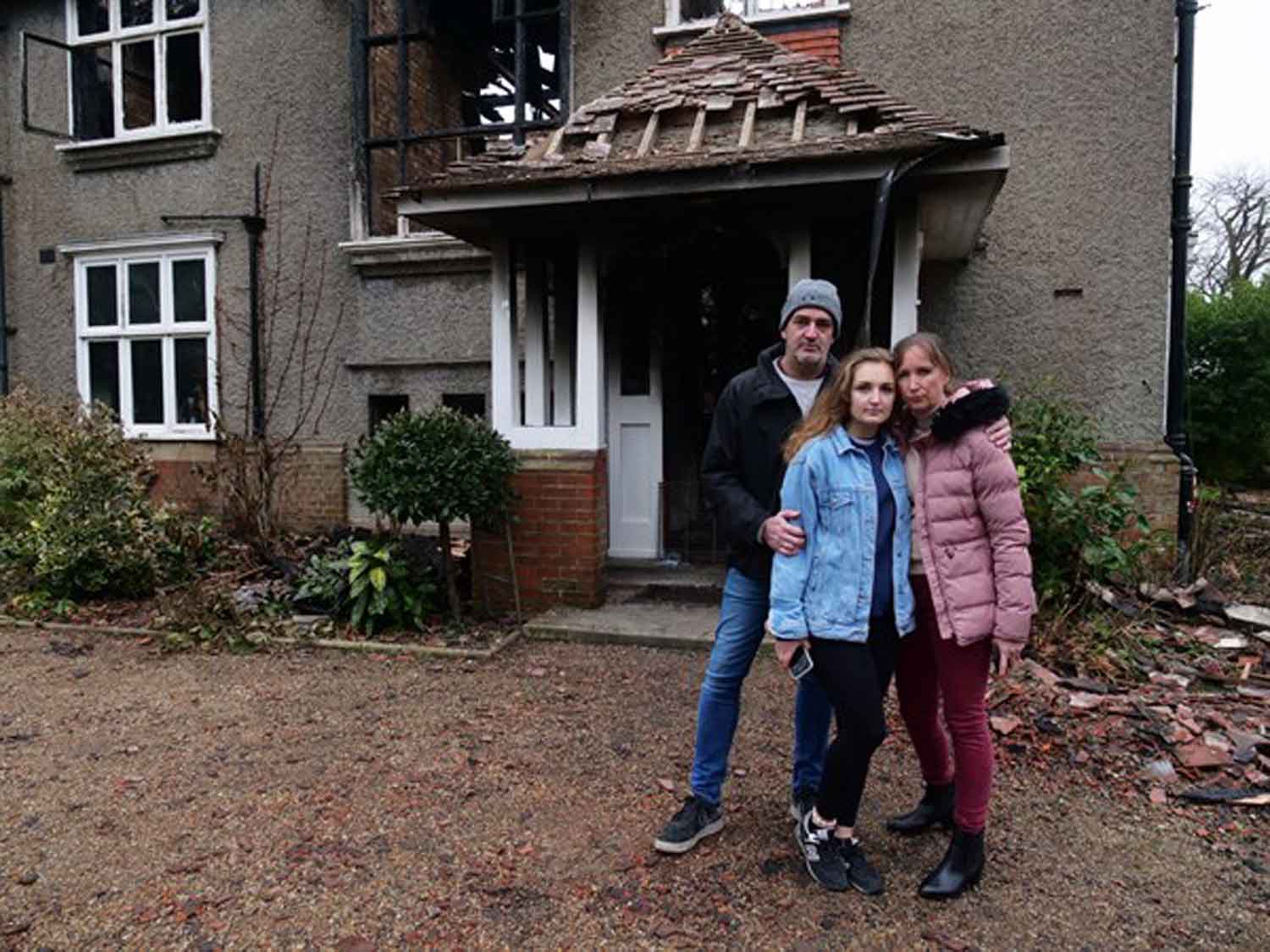 A father-of-three is urging Kent residents to test their smoke alarms once a week, after a fire which left him and his daughter fearing for their lives, destroyed the family home.

David Sercombe and his 22-year-old daughter Bronte, were the only ones home on the morning of 18 November, when a fire broke out in the stairwell leading to the basement of the property off Sandling Lane, in Saltwood, Hythe.

Their smoke alarms didn’t sound, and instead a builder made David aware of smoke coming from an electrical socket. David went to investigate, by which time black smoke was starting to fill the house.

He said: “I ran up the stairs to Bronte’s room where she was sleeping, I grabbed her, and I had in my mind we needed to get to the bedroom with the balcony. Between us we managed to stumble across the landing through all the smoke.

“We were really disorientated, we couldn’t see anything and we couldn’t breathe. We were desperately trying to hold our breath and at that point, I thought we weren’t going to make it.”

Bronte said: “It was like something out of a horror film, being on that landing. I can’t put into words how scary it was. I thought we were going to die.”

The pair managed to reach the fresh air on the balcony and called dialled 999. With guidance from the 999 call operator, they were able to climb down safely and made their way to the front of the house, to meet arriving fire crews.

At the height of the fire, five fire engines, a height vehicle and a bulk water carrier were sent to the scene, and crews wearing breathing apparatus used hose reel jets to bring the flames under control. Kent Fire and Rescue Service’s Volunteer Response Team also attended to support the family.

The fire, which is believed started accidentally due to an electrical fault, caused extensive damage to the house.

Following their traumatic experience, the Sercombe family has praised the work of the fire service and are encouraging others to be more conscious of fire safety.

David said: “The support the fire service gave us was actually incredible, and I cannot fault the aftercare service that we’ve had from them.”

“We just feel very, very lucky we got out alive. We’ve lost everything. We’ve lost our home, and everything within our home.  It is devastating and the only positive we can take from what’s happened to us, is to urge others to make sure their homes are as safe as possible.

“Check your smoke detectors and replace the batteries regularly, and also look at your windows and doors and have a fire escape plan in place for different scenarios.

“People we know have said to me what they’ve done as a result of our fire, and it’s really heartened us to hear some good might be coming out of this.”

The officer in charge of the incident, Station Manager Rob Groombridge, said: “What happened to the Sercombe family home is absolutely devastating for them all, and our thoughts are with them at such a difficult time. Thankfully, both David and Bronte were unharmed.

“You can help to reduce the risk of a fire or emergency in your home by ensuring you have smoke alarms fitted on each floor of your home and testing them once a week. It’s a good idea to have an escape plan too, so everyone in the household knows how to get to safety in an emergency.”