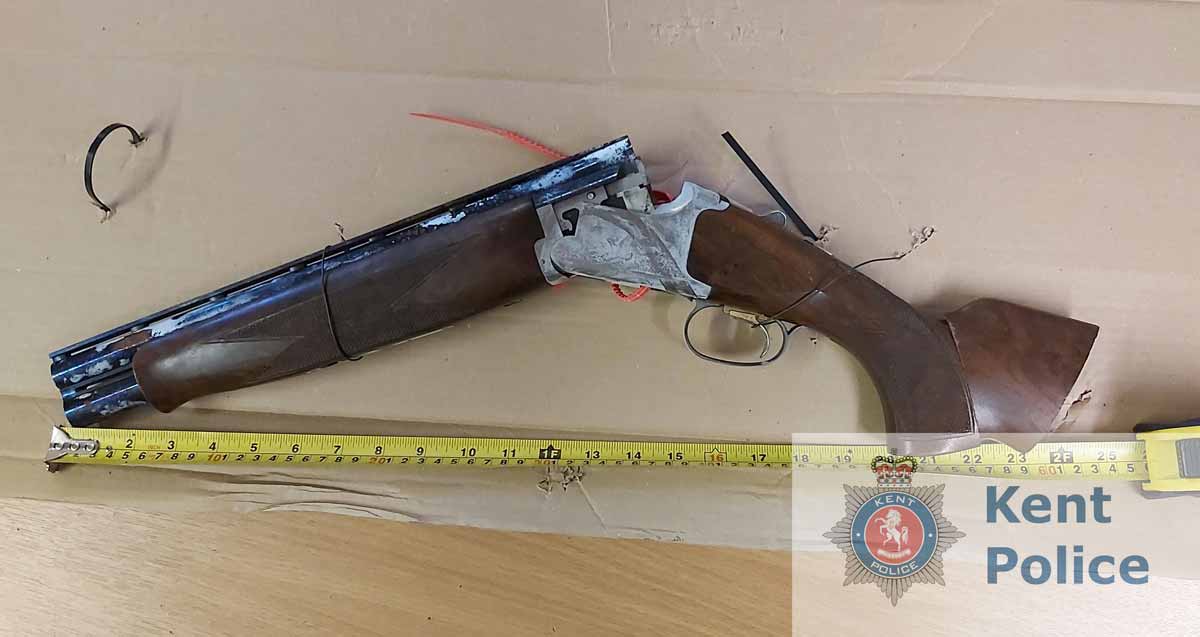 A 27-year-old man who pointed a loaded shotgun at police in Ramsgate has been jailed for three years and nine months.

Police were attending a disturbance on the seafront when Joshua Chambers was seen to brandish the live firearm, pictured above, as he sat in his car before driving away.

Kent Police received a call at around 3.25am on 26 July 2019 from a member of the public, who had seen Chambers’ silver Renault Clio drive up Albion Hill and stop while the shotgun was pointed through the car window in the direction of the unsuspecting officers, around 20 metres away.

Chambers was found soon after and arrested.

Following an investigation by the Chief Constable’s Crime Squad, Chambers, of no fixed address, was charged with possessing a loaded shotgun in a public place.

He admitted the offence when he appeared at Canterbury Crown Court, and was sentenced on Wednesday 25 November.

Senior investigating officer, DS Jay Robinson said: ‘The severity of Joshua Chambers’ actions should not be underestimated. He was carrying a live firearm and pointing it at people, the repercussions of which would be unimaginable, should the gun have been fired.

‘Officers, who are committed to keeping people safe, were in the area because they were needed at that moment. There can simply be no acceptable reason for Chambers’ actions.

‘Chambers’ behaviour is dangerous so it was important he was found quickly and brought before the court.’