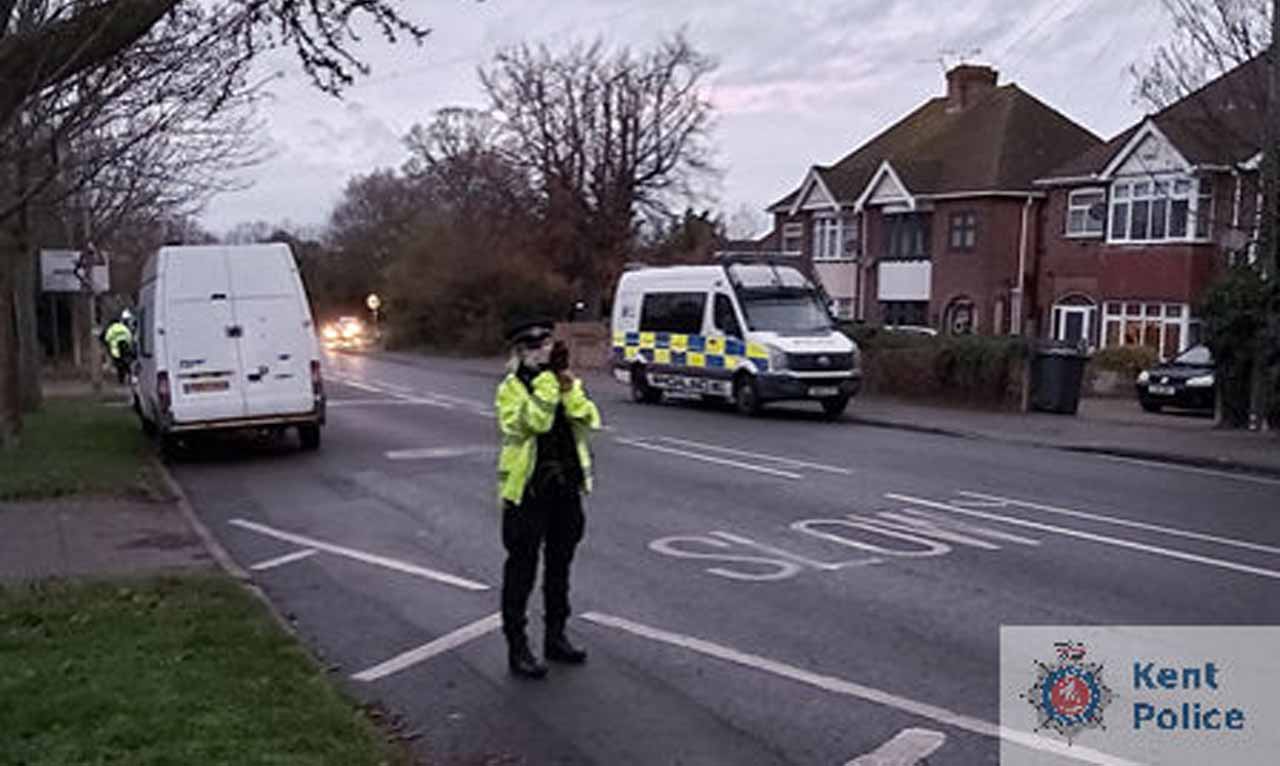 Police in Thanet stopped drivers who were using mobile phones and seized uninsured cars during a day-long focus on road safety.

Officers from the district’s Community Policing Team carried out checks at Nethercourt Hill, Ramsgate, Queen’s Parade, Margate and on the A28 in Birchington on Friday 27 November 2020.

Officers stopped a total of 65 vehicles during the day, seizing four cars which were not insured.

Seven drivers were issued with Traffic Offence Reports; four for driving without insurance, two for driving while operating a mobile phone and one for speeding.

The stops also led to seven searches being carried out under the Misuse of Drugs Act, with cannabis seized from one vehicle and one person issued with a caution for possession of cannabis.

‘We focused our activity on roads where concerns over dangerous driving have been raised to us by residents, and we will continue to respond to local reports in this way.

‘I encourage everyone using Thanet’s roads to take responsibility for the safety of their vehicles, and their driving, and ask anyone who has concerns about issues in their area to report them at www.kent.police.uk/report or by calling 101.’