Skip to content
Features Human interest Out and About 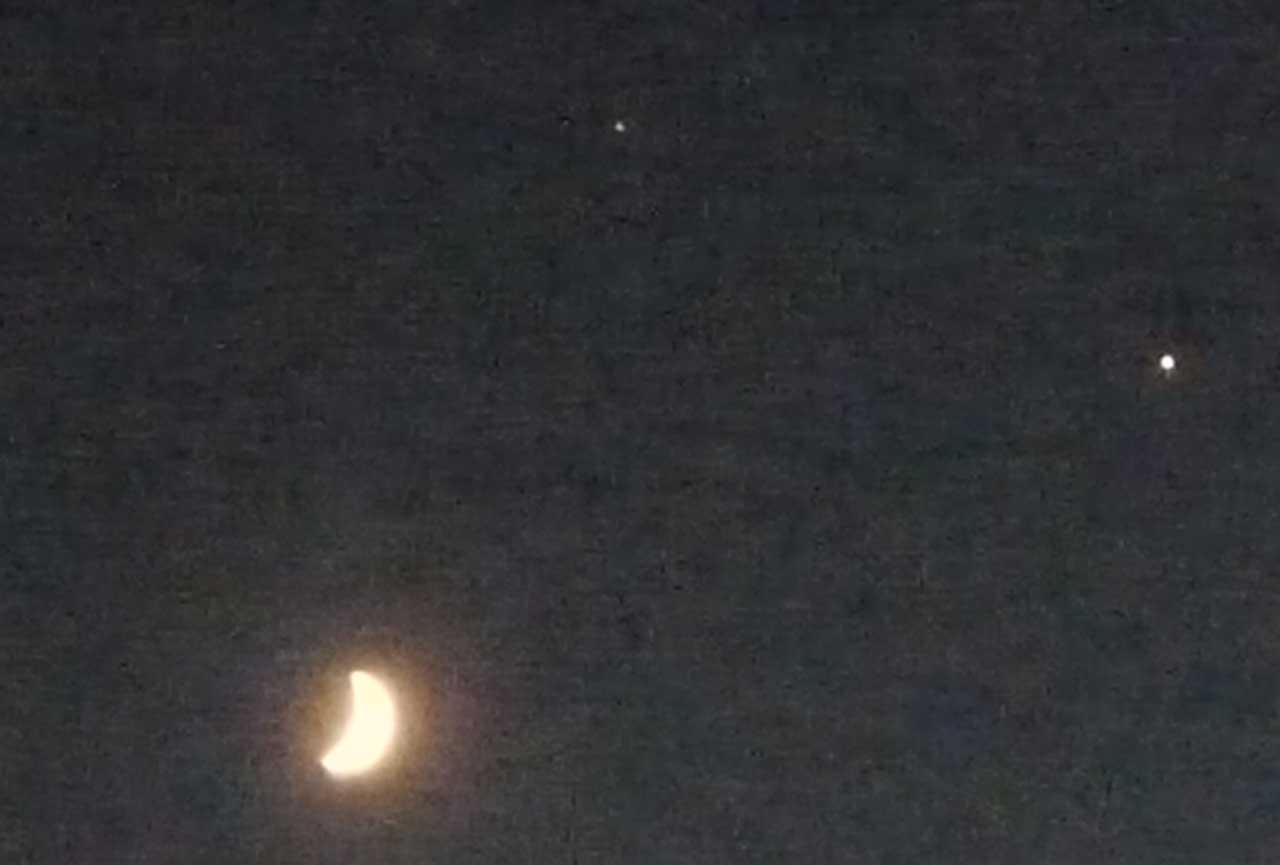 The solar system’s two largest planets Jupiter and Saturn will, from the 16th-25th December, almost form a double-planet sight in the skies around the world called a great conjunction.

In Britain it will depend on the latitude but from Folkestone and District, with its shoreline facing broadly south-east, the planets appear almost together in the late afternoon just after sunset with Jupiter the brightest just to the lower right of the fainter Saturn.

Their closest approach will occur on the 21st, winter solstice day, and be just 1/5th the diameter of the full moon apart.

Even right now the two are visible as two distinct points on clear late afternoons albeit still a little apart as they have been throughout most of this year and later in the night.

This event will mark just about the closest in the skies the two giants have appeared over Britain since the year 1226, during the reign of Henry the third !  Indeed even in that year they were only slightly closer together.

From the Leas the planets will appear as bright points at about 4.45pm in the gathering dark midway in the sky, above Dungeness Point, plus of course if the skies are clear of clouds!

Other parts of the District such as Capel, East Cliff, Folkestone Pier, and Hythe to Dungeness seafronts may well also afford good viewing.

They are though, due to the rotation of the Earth, moving down towards the horizon over the next hour so the earlier the viewing the better.

With binoculars, 10 x 50’s probably the easiest, they still both appear only as bright points. However, if held steady enough, viewers may just be able to spot some of Jupiter’s four largest moons as well.

A small telescope of maybe 3 or 4 inches will show small disks of the planets, though they quickly move across the eyepiece again due to the Earth’s movement.

Also in the evening skies and rather higher up and quite well to the left of the two giants is the orange/red point marking the planet Mars just after its recent closest approach in orbit to the Earth. All these and for early risers from about 6am, the planet Venus rises with, on the 13th December, appearing near the crescent Moon!

So wrap up warm and, weather permitting, head on out to see this once in a lifetime event, albeit still practicing social distancing of course..