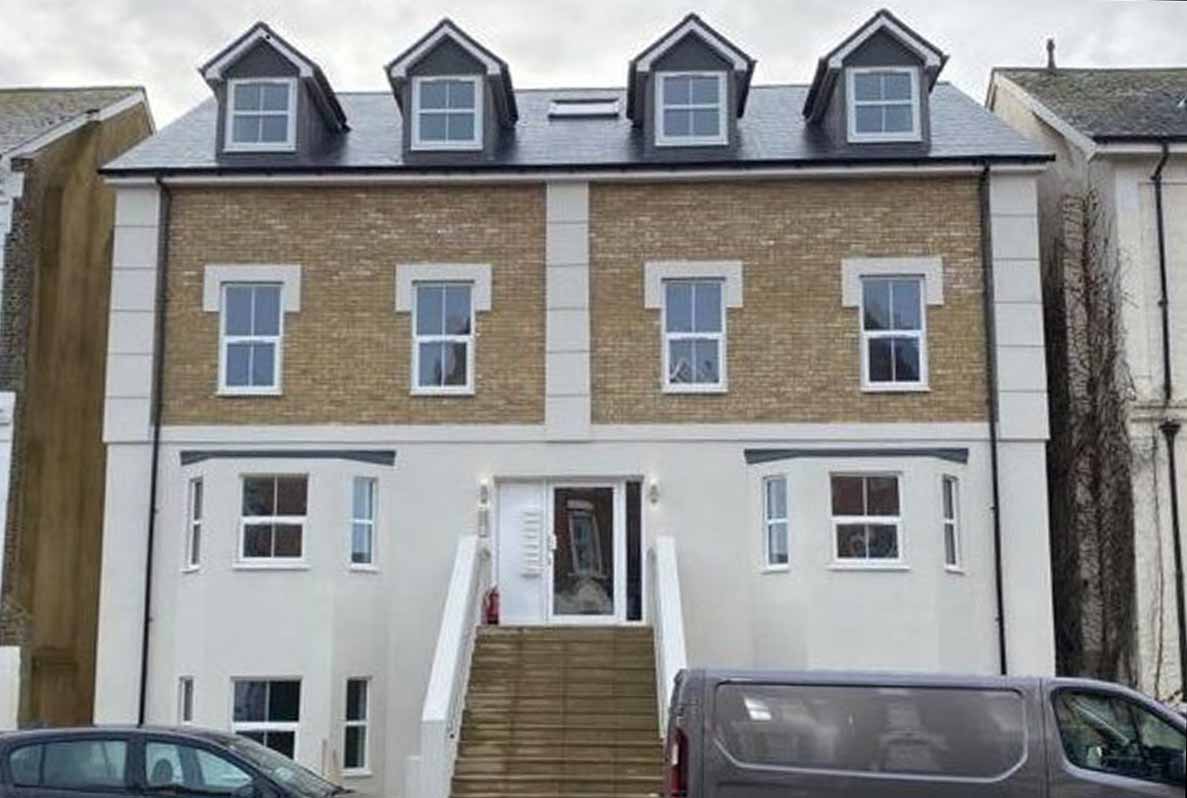 As part of Dover District Council’s commitment to provide more affordable housing across thec ouncil has today taken ownership of 8 flats on Folkestone Road, Dover, which will be let at affordable rents and will provide interim housing for local people facing homelessness.

Local Developers, Karlee Construction, handed the new homes over to DDC on 18 January, and new tenants are already moving in to the eight one bedroom flats.

The building, called Ottaway House, is named after Dover-born sportsman, Cuthbert Ottaway, who captained England in their first football match, and also played cricket for Kent and England. The project is supported by Homes England Move On funding.

The project forms part of the Council’s commitment to develop its own interim housing to reduce the reliance on B&B accommodation. The new development will be welcomed by those who need a short-term place to stay before a more permanent solution to their housing needs can be found.

Cllr Derek Murphy, DDC Cabinet Member for Housing, said: “We’re delighted to take ownership of this new development. This is part of our ongoing work to continue to invest in our housing stock and to provide practical solutions to the challenges of homelessness. These new homes provide an affordable solution that enables us to continue to help local people who find themselves unexpectedly homeless with somewhere comfortable to stay whilst a permanent home is found for them.”

Cuthbert Ottaway was born in Dover on 19 July 1850, the only child of James Cuthbert Ottaway, a surgeon and former Mayor of Dover. He married in August 1877 and died on 2 April 1878. Ottaway is buried in London.

Ottaway’s greatest successes came as a footballer. He attended school and university at a time when the new Football Association code was gaining considerable popularity, and represented several teams, playing for Old Etonians, Oxford University, Crystal Palace and Marlow. As an international, Ottaway was selected to captain the England team travelling to Partick to play Scotland on 30 November 1872 in what is now recognised as the first international match to be played, the result was a 0-0 draw.

As a cricketer, Cuthbert Ottaway represented Eton College, Oxford University, Gentlemen, South of England, Middlesex, Kent and M.C.C. touring the United States and Canada with an England team in 1872. He made 2 appearances for Kent 1869 and 1870, scoring 70 runs, 51 of these on his debut before being bowled by WG Grace.