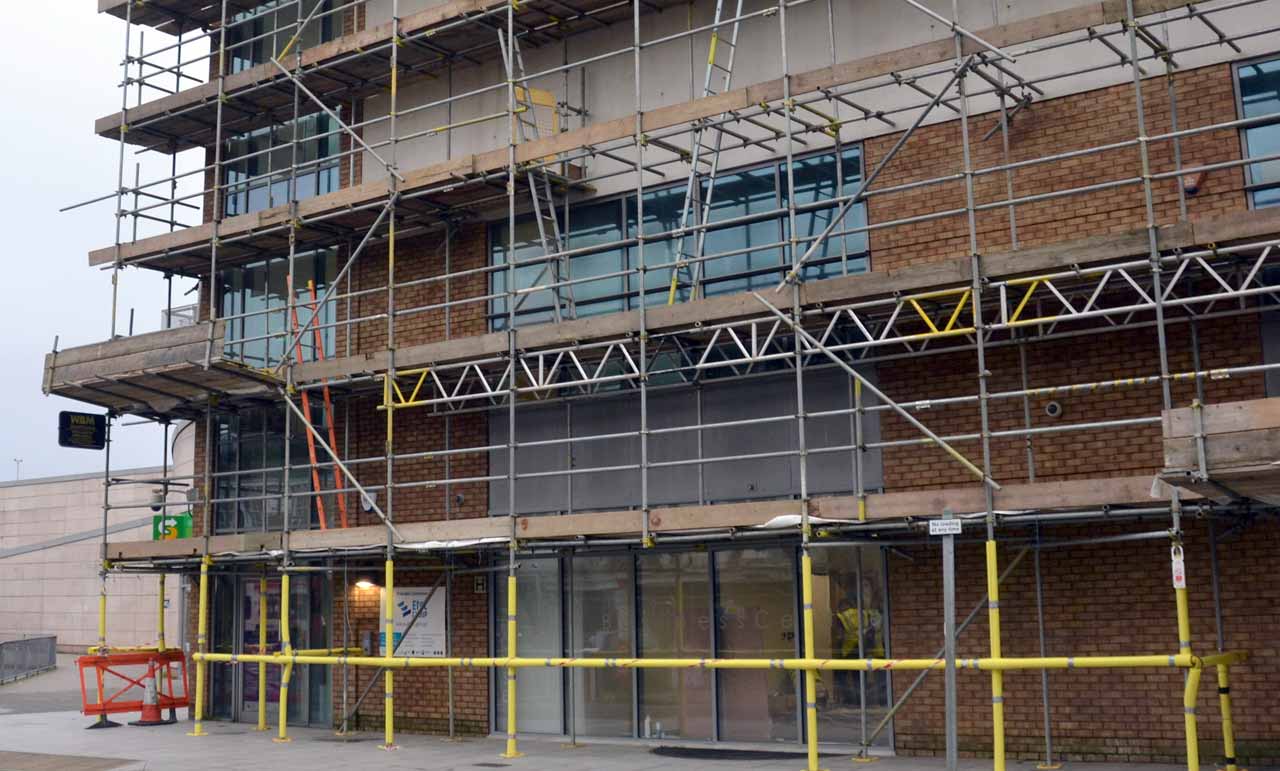 A building, pictured above, which has stood empty for more than a decade is being transformed into a business hub thanks to the support of the Folkestone Community Works programme.

16 Bouverie Place will offer office suites and meeting rooms for small and medium-sized enterprises – as well as co-working and hot-desking space for start-ups.

The block, which is directly next to Folkestone bus station, was originally built around 15 years ago to provide dental services in a modern four-storey setting, but it has been vacant ever since the plan failed to materialise.

A six-figure sum – including a including a £420,000 Folkestone Community Works grant, part-funded by the European Structural and Investment Funds 2014-20 and managed by F&HDC – has been spent on refitting the building sustainably.

Work is expected to be completed next month.

Cllr David Wimble, F&HDC Cabinet Member for the District Economy, said: “Folkestone Community Works is helping to breathe life into a building which has been sitting there unused for a long time.

“16 Bouverie Place will play a part in the town centre’s ongoing regeneration and it’s fantastic to see the final steps of the refit taking shape.

“This project will support start-up and small businesses – which are especially important to our economy – to grow and become a part of the furniture in our district.”

The scheme is being led by East Kent Spatial Development Company, which has successfully led regeneration developments in other parts of the county.

When fully occupied, 16 Bouverie Place will be home to around 24 enterprises and accommodate up to 60 employees.

Offices range from 20 to 43 square metres and are offered on a fully-serviced basis and easy-in, easy-out terms. To find out more, call 01227 806380 or email debbie.spalding@eksdc.co.uk