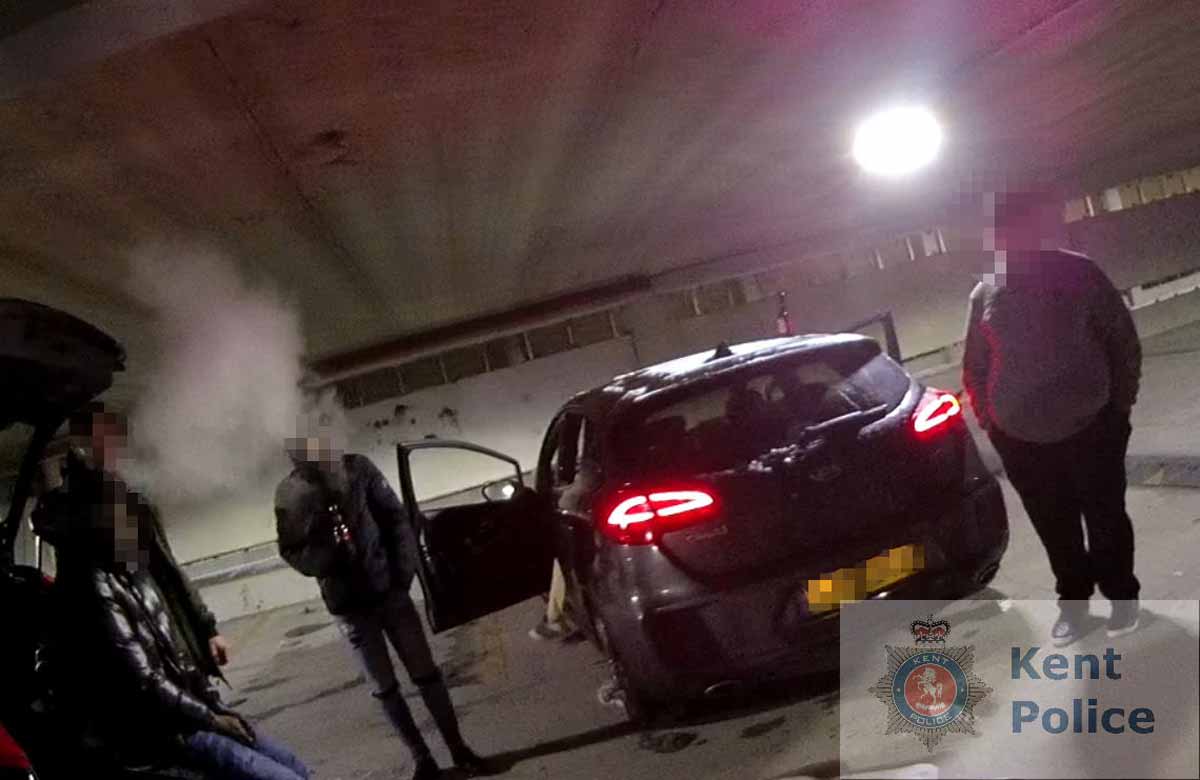 Seven co-workers who held a birthday party in a multi-storey carpark have been fined.

Police were called to the carpark in Corey’s Road, Rochester at around 1.30am on Tuesday, 9 February 2021 following a report of a gathering. On arrival seven men were drinking and playing music to celebrate a birthday party. They all acknowledged they were breaching Coronavirus regulations and were issued with fines.

Also receiving fines were two women and seven men from Brighton who were making a film of themselves free-running in Chatham High Street on Friday afternoon. Officers were called to the area after police received multiple reports from concerned members of the public that the group were endangering themselves by participating in the high risk activity.

A man in Tonbridge who failed to isolate when requested to do so was also fined. He was first given a verbal warning on 2 February however police then visited his address twice more and the man was not home. It was reported he was visiting friends and going to work. Officers located the man and issued him with a fine on 7 February.

Racing horses on the beach in Lydd

A group of ten men, including a number that had travelled from outside Kent, to race their horses on the beach in Lydd were issued with fines after being stopped by police. The men were fined at around 1.30pm on Saturday, 6 February.

A man who held a birthday party for his girlfriend in Oast Court, Sittingbourne was among 12 fined by officers at the address. Police attended the property at 1.20am on Sunday, 7 February, nine men and three women were issued with penalty notices.

A group of partygoers who attempted to evade police by hiding behind wheelie bins were fined after officers were called to a house in South Street, Lydd at 1am on Saturday, 6 February. Four men were issued with fines after multiple reports of a party were received.

Assistant Chief Constable Claire Nix said: ‘Officers have dealt with a number of concerning incidents over the last week. Each breach of the regulations not only presents a risk to the groups congregating but also to the officers who have to deal with it.

‘It is disappointing that incidents of this nature continue when the vast majority of people in the county are making extreme sacrifices to protect others and prevent overwhelming the NHS.

‘It is frustrating when there is an end in sight that these individuals continue to breach regulations as it is by their actions that lockdown measures may be required for a longer period. Nearly a year on in there is no excuse for blatantly disregarding the regulations and we will not hesitate in taking action against those doing so.’