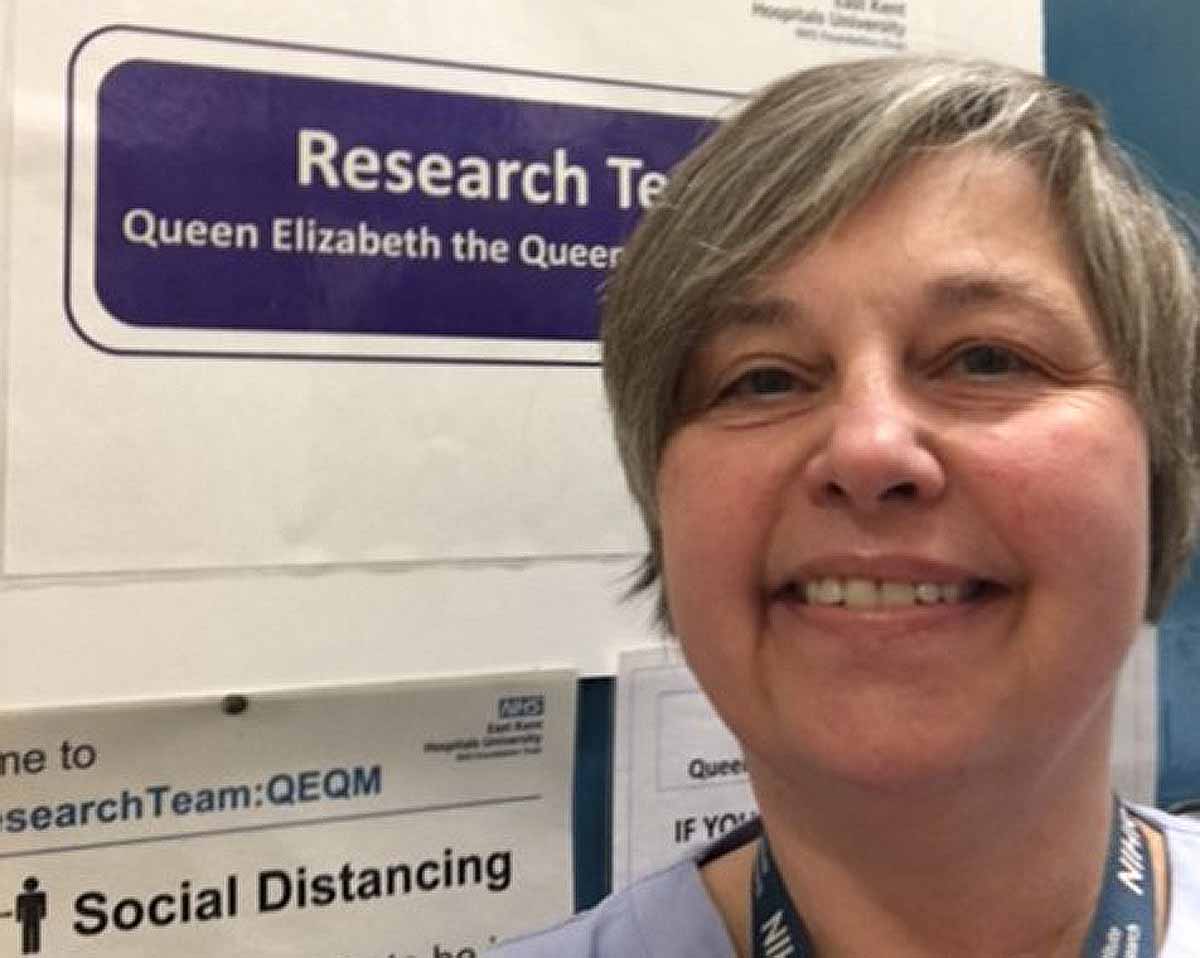 A research assistant who has beat Covid-19 twice is now helping recruit people for a study to test an innovative treatment that could help people recover faster.

Sharon Turney works with the research team at East Kent Hospitals, supporting the team investigating whether black elderberry liquid could reduce the severity of symptoms of the virus.

And after testing positive for coronavirus in April, and again in November, she knows only too well the importance of research into both treatments and the vaccine.

She said: “Even a year on from when the virus first appeared we still don’t know everything about it.

“The different variants make it more difficult to come up with effective treatments and we have to keep trying new things.

“The vaccine does give us a bit of light at the end of the tunnel and will hopefully bring a little bit of normality back to everyone’s lives – and that is all because of research.”

When she fell ill the first time, Sharon initially dismissed her symptoms as allergies. But after speaking to a friend who had suffered similar symptoms and then tested positive, she booked a swab test.

“I had a horrendous headache for six days, worse than any migraine I’ve ever had, but apart from that it was not too severe and I recovered during the 14 days of self-isolation.”

Throughout the summer and autumn, Sharon was tested several times at work, with negative results each time.

But in November, she began to experience similar symptoms again.

She said: “Although some people did think once you’ve had it once you can’t get it again, I was never sure.

“There is so much we don’t know about this virus, but with other viruses such as flu we know you can have it twice.

“But all the same it was a shock when I got the second positive test.”

She said: “It did seem different the second time around, and I am still experiencing some after-effects.

“Being told you have Covid-19 – whether the first or second time – is scary because you just don’t know how it will affect you or what damage it will do. I feel very lucky to have had it mild both times and to be able to get back to work.”

Sharon is now focussed on recruiting people to the elderberry trial, which so far has 20 participants signed up. They will either receive the black elderberry juice or a placebo and researchers will measure their symptoms and how long they last.

She said: “I feel so privileged to be able to work with the team on this trial.

“We hope it will show that the elderberry juice can help alleviate symptoms so people recover faster. It could help keep people out of hospital.

“Everything we do is for our patients and it’s so exciting to be involved in this. I couldn’t work for a better team and I absolutely love the work I do.”

For more information on the elderberry trial and how to volunteer as a participant, call 01843 234406 or email ekhuft.researchteamqeqmhospital@nhs.net

Are there ‘elephants or tigers’ in your Kent garden?