‘Bag for life’ leads to cannabis arrests in Ashford 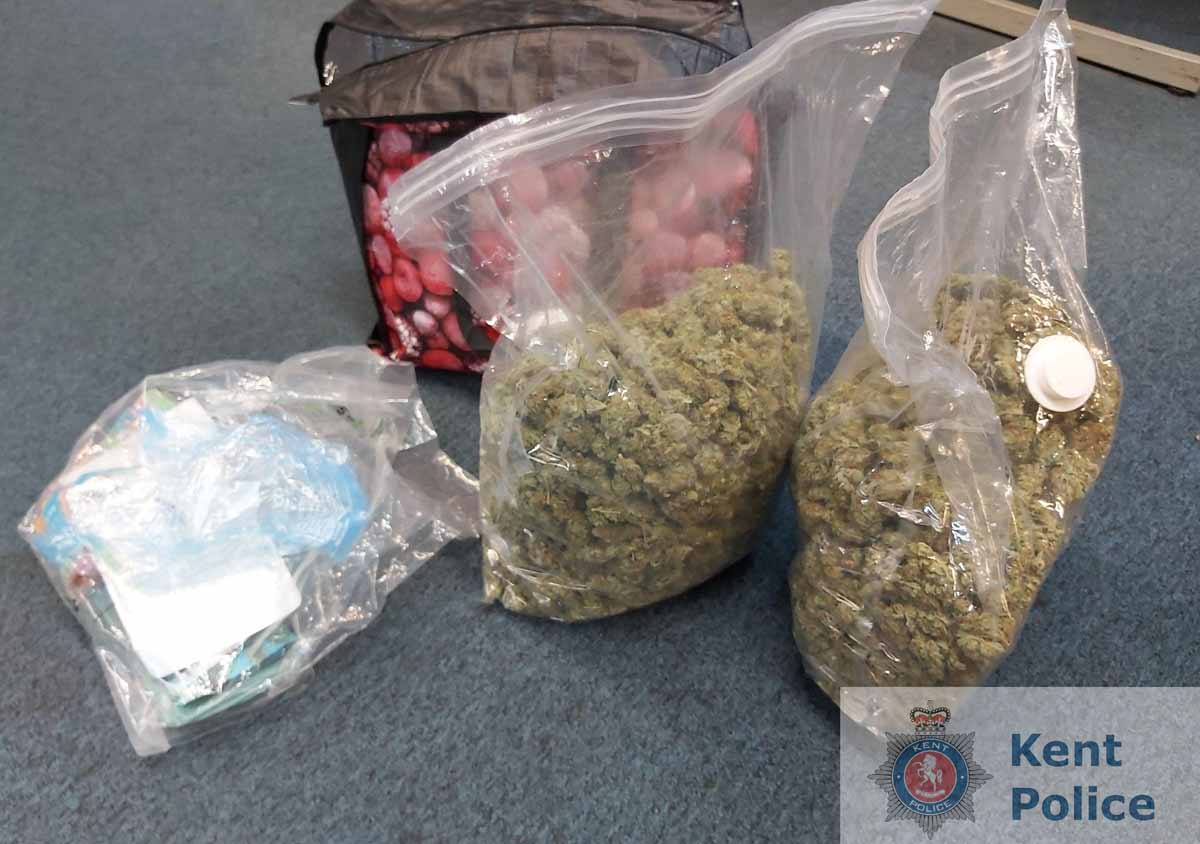 The cannabis which was seized Photo: Kent Police

Two suspected drug dealers have been arrested after a shopping bag filled with cannabis was seized by officers in Ashford.

At around 3.30pm on Monday 15 February 2021, officers from Ashford’s Community Policing Team were on patrol in Stanhope Road when they became aware of possible drug dealing in the area.

A man attempted to run away when approached by officers but he was detained with the assistance of a member of the public.

A man, who is in his twenties and from the Ashford area, was arrested on suspicion of possessing drugs with intent to supply and has since been released under investigation.

As part of enquiries, a search was carried out at a property in the Stanhope area, which resulted in officers seizing a large bag for life containing more than two kilos of cannabis. Cash and deal bags were also seized as part of an ongoing investigation.

A woman in her fifties was also arrested and later released on bail until 5 March.