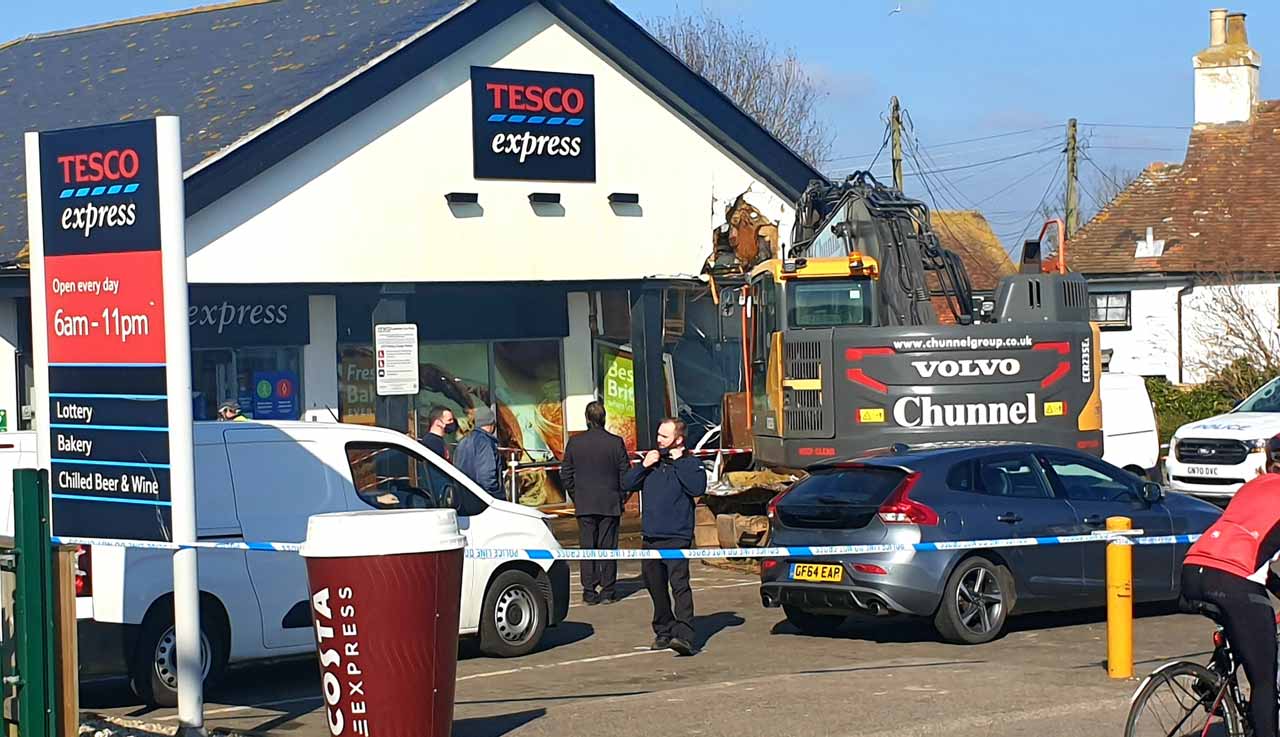 Kent Police was called to a report that a digger had been used in an attempt to remove an ATM from the wall of the Tesco Express store in the High Street at around 2.15am on Sunday 28 February 2021.

The machine was not stolen, however significant damage has been caused to the building.

Three vehicles, including a silver 4X4 and a flatbed Ford Transit with a crew cab, are said to have been in the shop’s car park at the time of the incident and they each left the scene, travelling towards Hythe.

The digger is additionally believed to have been stolen from the Dymchurch Beach car park at around 1.40am on the same date.

Detectives in the Kent and Essex Serious Crime Directorate are investigating and would like to hear from anyone who has information.
They would also like to obtain dashcam footage from any motorist who was travelling on the A259 in Dymchurch between 1.30am and 2.30am on 28 February.