Two men have been sentenced to more than 28 years in prison for attempting to smuggle cocaine worth over £3million into the UK in a van, following an investigation by the National Crime Agency.

Marain Macovei, 25, of Germany and Lulian-Ioan Stratulat, 25, from Romania, appeared at Canterbury Crown Court on Monday 1 March, where they received 12-and-half-years and 15 years 9 months respectively for their plot to sneak 39 kilograms of cocaine into the UK.

On the evening of 29 August 2020, Macovei and Stratulat were stopped at the UK border controls in Coquelles, France as they tried to pass through in a Renault Trafic van that Macovei was driving. Stratulat told border officers that they were heading to London for a day trip. They said that they were transporting “post and beer”. 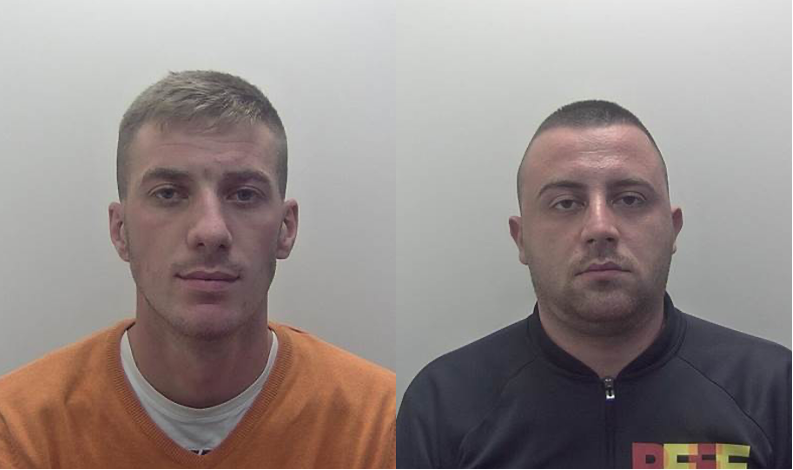 Stratulat was carrying an encrypted mobile phone, of the type often used by criminals to communicate anonymously and evade detection.

Further packages were then removed from the void behind a panel slightly further back in the van on the driver’s side. Two of those were tested and were again positive for cocaine. From behind the same panel, but on the passenger side of the vehicle, a further 9 similar packages were found in the void.

In total, approximately 39 kilograms of cocaine was recovered from inside the van. NCA forensic experts valued the haul at approximately £3 million, once cut and sold at street level purity.

When interviewed by NCA investigators both men denied knowledge of the drugs, and blamed the other as the ‘leader’ of the trip.

Both men initially pleaded ‘not guilty’ however Macovei then pleaded guilty on 12 February 2021 and Stratulat was found guilty following a two day trial on 24 February 2021.

Martin Grace, Branch Commander at the NCA, said: “This seizure and the investigation that followed has kept a huge quantity of cocaine off UK streets.”

“Marain Macovei and Iulian-Ioan Stratulat sought to make quick cash from a trade that fuels violence and exploitation throughout the UK and across the global supply chain.”

“The class A drugs trade is almost always linked to serious and organised crime, with local communities and the people within them suffering as a result.”

“Working with partners like Border Force, we are determined to do all we can to thwart the criminal networks involved in international drug trafficking”