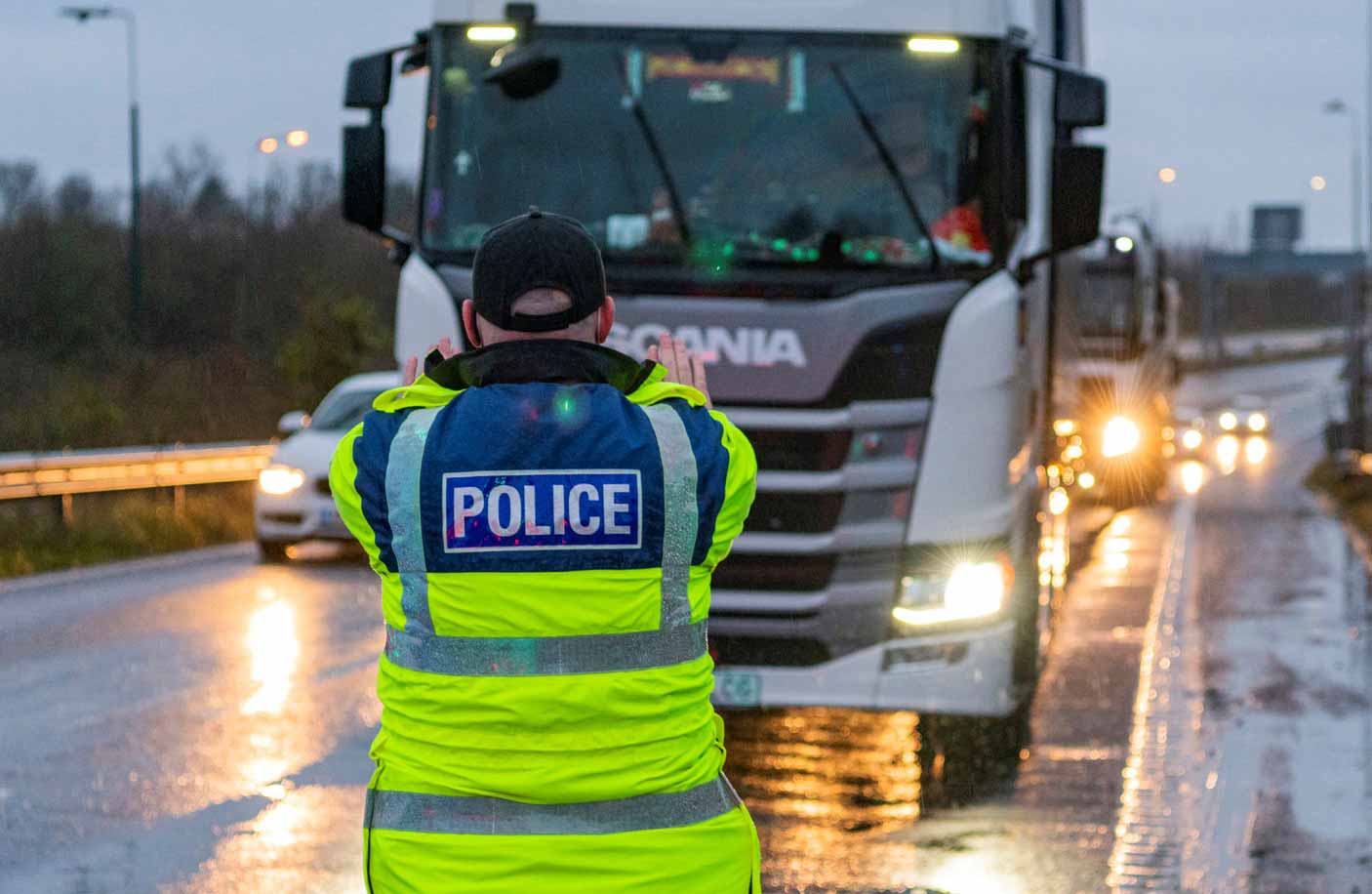 A significant step towards normality on Kent’s roads is being taken with the suspension of services for EU-bound HGVs at the former Manston Airport site.

From Sunday 21 March 2021 freight heading for the Port of Dover will no longer be directed to the Department for Transport-owned site, which will cease offering Covid-19 tests or customs checks, although it can be reactivated at short notice if needed

All HGVs will instead access the Operation Brock traffic management system between Junctions 8 and 9 on the M20 coastbound carriageway, with one lane being used for Eurotunnel and the other for the Port of Dover. Any HGVs that attempt to take an alternative route outside of Brock risk enforcement action being taken against them.

Assistant Chief Constable Claire Nix of Kent Police, who is also the Chair of the Kent Resilience Forum, said: ‘Thanks to the hard work of all partners and those EU-bound motorists who have followed the requirements, there have been no significant traffic issues on Kent’s roads since the end of the EU transition period.

‘The suspension of services at the former Manston Airport site is the first major step in what we all hope will be an eventual return to business as usual, as it means HGV traffic bound for the Port of Dover will now be able to take a more direct route along the M20 with easier access to the full range of services that will be provided at the Sevington Inland Border Facility.