Vehicles seized as police target anti-social vehicle use in Dover 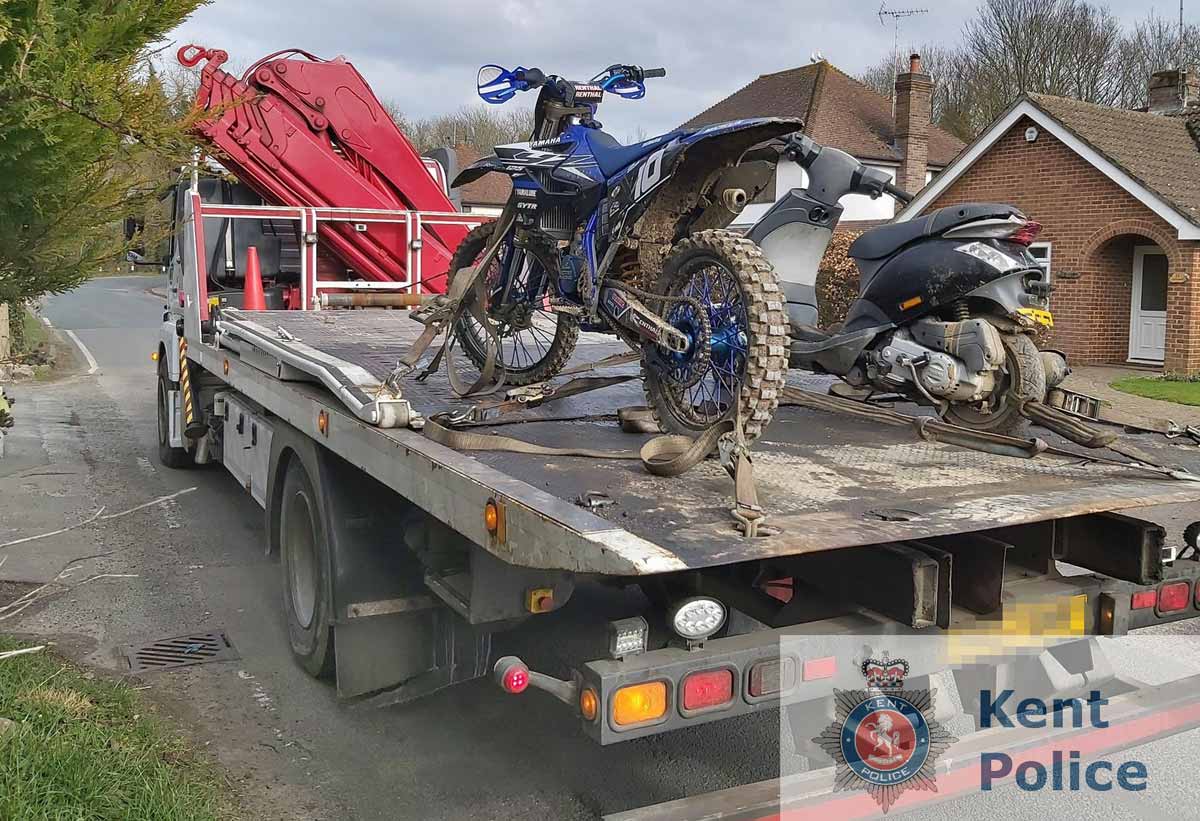 Three arrests were made, six vehicles were seized and seven people were given official warnings as part of an ongoing operation by Kent Police and partners to tackle anti-social vehicle use in Dover.

Over the weekend of 6 and 7 March 2021, officers worked with PCSOs, Kent Special Constabulary and partner agencies including Dover District Council (DDC) to identify and take action against offenders in the district in response to reports of anti-social car driving and nuisance motorbiking.

They targeted locations identified as hot-spots for potential offending, including speeding and off-road motorbiking.

On Saturday, officers from the Roads Policing Unit carried out speed checks in Dover, Deal, Walmer and Capel-Le-Ferne, resulting in ten people reported for speeding, four vehicles seized for no insurance, and three men arrested in connection with drugs offences. One driver also received an official warning for anti-social driving.

Under Section 59 of the Police Reform Act, if a vehicle is used in a manner that is careless, inconsiderate or is driving off-road and likely to cause distress, the driver or motorcyclist can receive a warning. If the person continues to offend within the following 12 months, officers can seize their vehicle. Six people were also fined for breaching Covid-19 restrictions.

On the same day, a man was reported for failing to stop for a red light in London Road.

Five motorcycles were also stop-checked on Scotland Common, resulting in one man reported for having no rear light and an illegal number plate.

Inspector Fred McCormack from Dover Community Safety Unit said: ‘We take all reports of anti-social use of vehicles seriously. If you own or ride one of these vehicles it is your responsibility to know the law. You can only ride an off-road motorbike legally if it is on private land and you have the land owner’s permission.

‘To some, this may seem like ‘harmless fun’ but riding illegally and without wearing protective clothing or a helmet can leave you at risk of sustaining a serious injury.’

Councillor Nigel Collor, DDC Cabinet Member for Transport, Licensing and Community and Chairman of the Dover District Community Safety Partnership said: ‘As well as the action taken by Kent Police over this weekend, we continue to work closely with our partner agencies under the Community Safety Partnership to support them in identifying longer-term solutions to deter nuisance vehicles.’

Photo of two seized bikes at top of page