Lorry driver at Dover jailed for smuggling £76,000 of Bulgarian antiquities in trousers 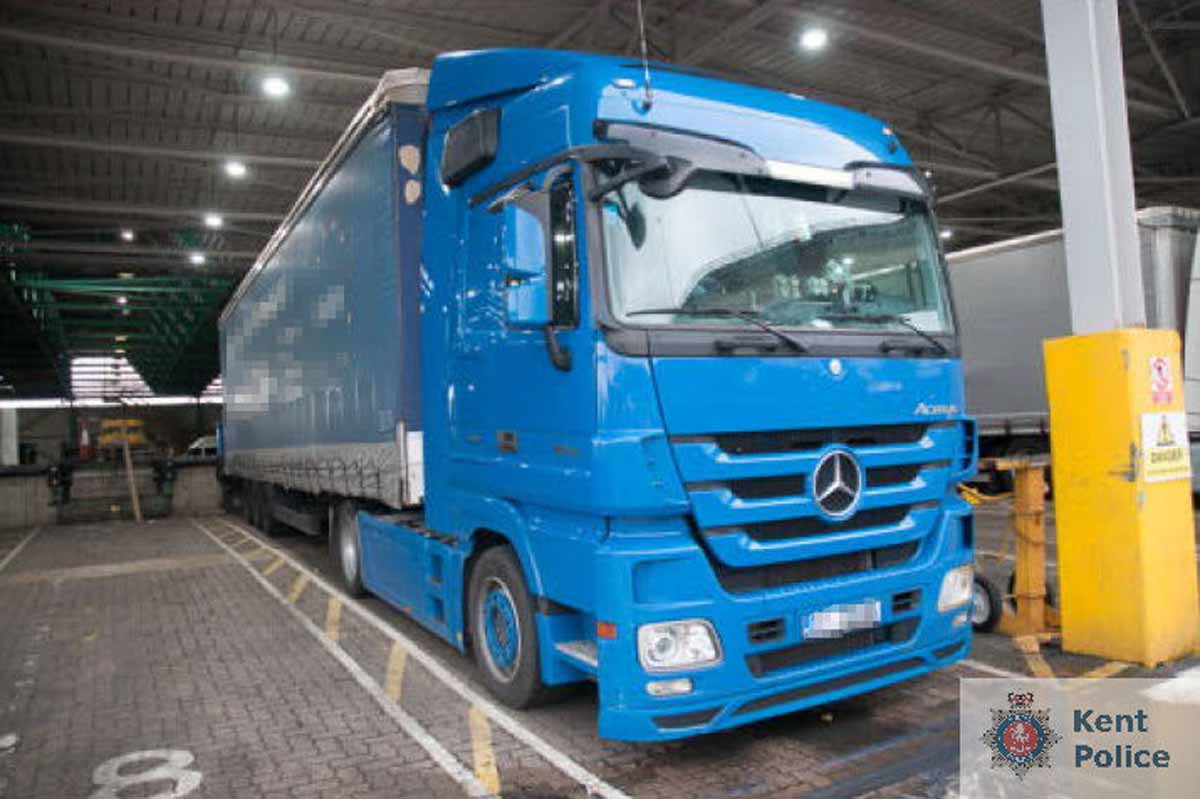 Bulgarian antiquities worth an estimated £76,110 were smuggled into the UK by a lorry driver now starting a lengthy prison sentence.

Ancient coins, pendants, brooches, statues and spearheads were among the artefacts found hidden inside a trailer full of trousers at the Port of Dover on Tuesday 27 October 2020.

Dimitar Dimitrov, 41, was working as a courier on behalf of a Bulgarian organised crime group and has now been jailed for two years following an investigation by Kent Police detectives with assistance from the Metropolitan Police Service’s specialist Art and Antiquities Unit and the Bulgarian authorities.

Canterbury Crown Court heard how Dimitrov initially denied any knowledge of the items in his lorry, which were found during a search by Border Force officers at around 5.30am on the day in question. They had been concealed within two black packages that were taped onto an airline in the vehicle’s chassis rail, which Dimitrov claimed must have been placed there without his knowledge.

Evidence including messages found on his mobile phone led officers to believe he had been planning to deliver the items to another member of the organised crime group, who would then try to sell them to antique collectors in London. Dimitrov, from Pazardzhik in Bulgaria, pleaded guilty to transferring criminal property prior to his sentencing on Tuesday 16 March 2021.

Investigating officer Detective Constable Max Gregory of Kent Police said: ‘The illegal excavation of antiques is an ongoing issue in Bulgaria, depriving its citizens of an important part of its cultural heritage. The criminals responsible think nothing of the harm it causes when they smuggle their ill-gotten gains into countries like the UK, often using the proceeds from their smuggling to fund other international criminal activities. ‘Fortunately on this occasion our Border Force colleagues were able to intercept the lorry driven by Dimitar Dimitrov before it could get any further, and we look forward to returning the antiquities to the people of Bulgaria while Dimitrov looks forward to a spell behind bars. ‘I would like to thank the Metropolitan Police Service’s Art and Antiquities Unit for their assistance on this case, as their specialist knowledge proved invaluable in bringing Dimitrov to justice.’

Detective Sergeant Mark Hoddinott of the Metropolitan Police Service said: ‘Detective Constable Sophie Hayes from our Art and Antiquities Unit was instrumental in securing expert witness statements from the British Museum, and also liaised directly with police in Bulgaria to allow for fast-time intelligence to be shared with Kent Police. ‘The significant sentence in this case reflects that the smuggling of cultural goods is organised criminal activity which causes serious and significant harm to the country from where the archaeological material was stolen from. ‘By intercepting this shipment, UK law enforcement have prevented it from entering the London art market, thereby also preventing the general public from buying illicit goods. Enquiries are still on-going to identity other individuals within this criminal network.’