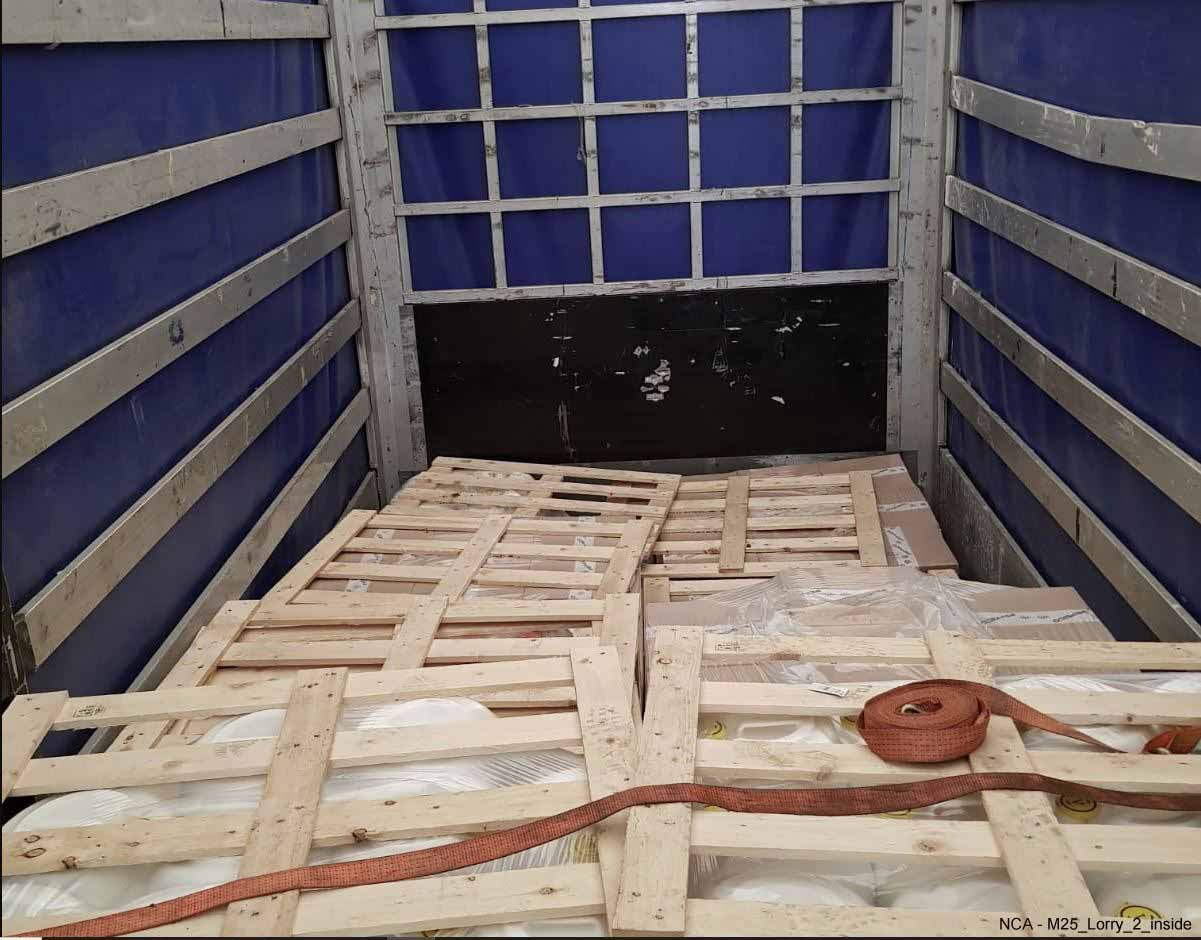 A Turkish lorry driver has been arrested on suspicion of people smuggling offences on a motorway slip road, as part of a National Crime Agency investigation.

The 36-year-old was detained after his vehicle was stopped at the M25’s junction with the A3 at around 3.30pm today (Sunday 21 March).

Sixteen migrants were found concealed in the lorry’s trailer, sitting on pallets that had been laid across the load to accommodate them.

They were all arrested on suspicion of immigration offences and will now be dealt with by the immigration authorities. Amongst those held are Moroccan, Algerian and Pakistani nationals.

The M25 anti-clockwise exit slip road had to be closed for a short period of time while the lorry and migrants were dealt with by the NCA and police.

The operation was conducted with the support of the Metropolitan Police and Surrey Police.

NCA branch operations manager Chris Hill said: “People smuggling networks move migrants in both directions across the border, threatening the security of both the UK and our European neighbours, but also putting lives at risk.

“Working with our partners across UK law enforcement we are determined to do all we can to disrupt those networks. Today’s operation is an example of that in action.”