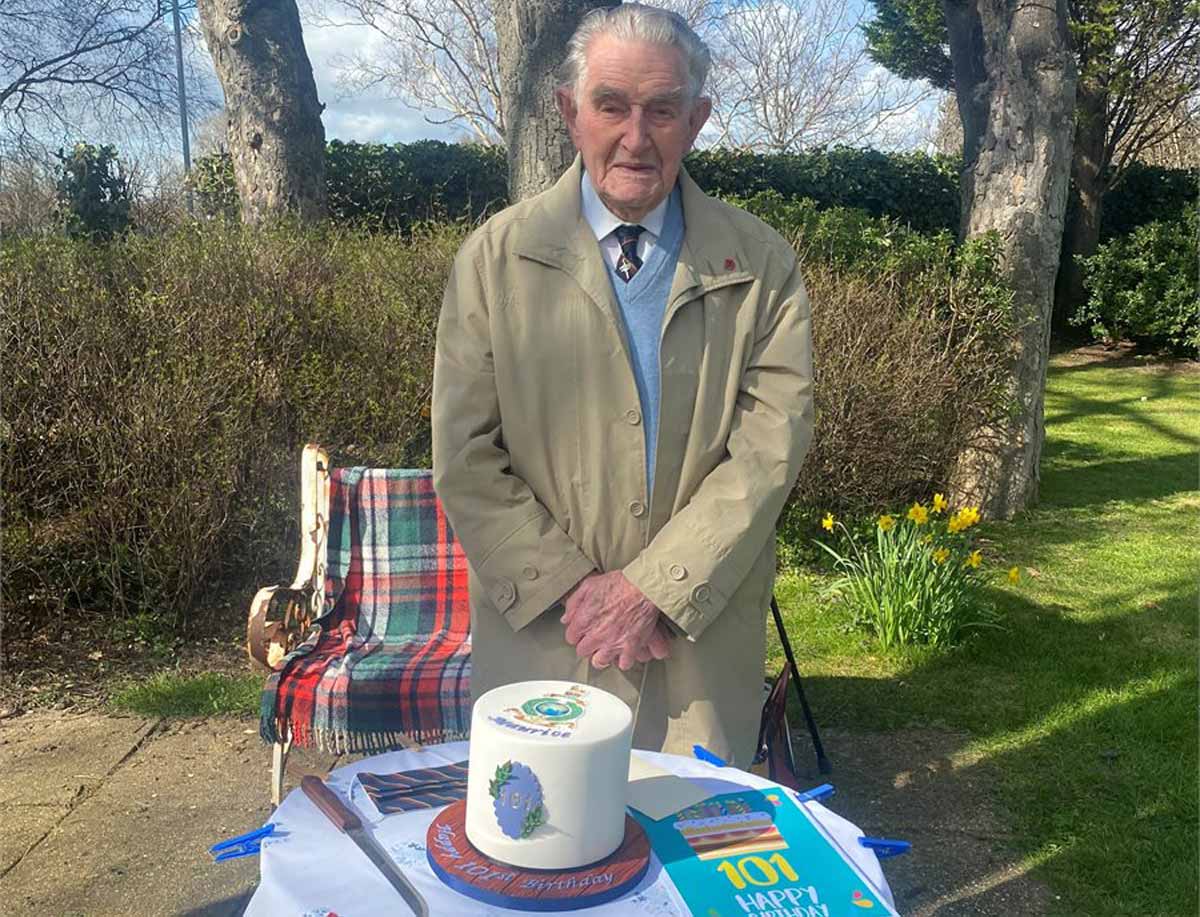 When Maurice Churchward from Walmer, pictured above, turned 100 in March 2020 the country had just entered its first lockdown and plans to mark the former serviceman’s centenary were hastily cancelled.

As the former Royal Marine turned 101 today (25 March 2021) a community effort means that Maurice can celebrate in style this year, albeit from a safe social distance in the garden!

Maurice served as a Royal Marine in WW2 and also saw service in Korea. Following his military service he served as a Metropolitan Police officer until his retirement.

At lunchtime a birthday cake organised by Dover District Council and made by The Baking Fairy from Deal, along with cards were delivered by DDC officers. A special video message was also delivered by the Royal Marines Band Service.

To round off the day, a former member of the Black Watch played the bagpipes on Maurice’s doorstep.

Brinley Hill, Head of Community Services at Dover District Council, said: “It’s great to see the community coming together to help Maurice celebrate his 101st birthday, particularly after the aborted plans due to the first lockdown in March 2020.

“We were determined to help create a 101st birthday for Maurice to remember, and to give thanks for his remarkable service to the country both as a Royal Marine and a police officer.”