Ashford’s Mr MOT drives off into to sunset 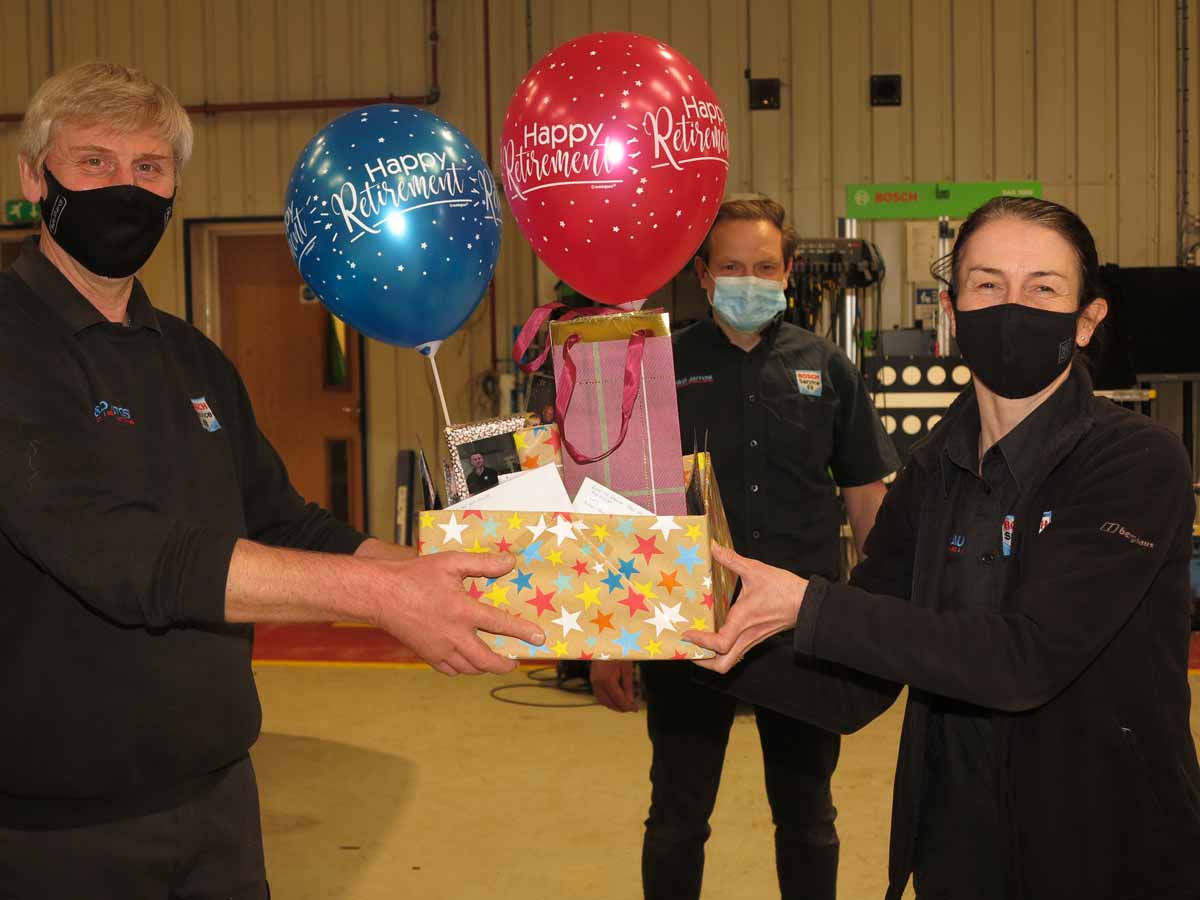 Alan Crawford is pictured with Matthew Pestridge and Lorraine Fuller

A Christmas Eve job offer in 1992 began a long and happy new role for Alan Crawford, who has retired after 28 years with award-winning Ashford garage D&D Autos.

The workforce at the Moat Way home of the family garage business downed tools on Friday (26 March) to say farewell to Alan, who has been responsible for the company’s MOT service for nearly three decades.

Knowing that he was not only a skilled mechanic but well known in the town, Derek asked Alan to join the company so he could add MOT testing to the servicing and repairs operation D&D Autos was running in Victoria Road, Ashford, at that time.

After D&D Autos relocated in 2009 to its purpose-built premises on the Orbital Park, Alan headed up the MOT Express business the company set up at the Victoria Road premises, and when that closed a few years later he joined the rest of the team at Moat Way.

“I was really pleased to join D&D when I found myself out of work at the end of 1992 and I have thoroughly enjoyed working with such a friendly and dedicated team over the past 28 years,” said Alan, 64.

“It’s been a lot of fun and it’s always been a friendly place to work. It’s great to be part of a family business that cares so much about delivering great service to its customers.”

Alan and his wife Teresa have four children, together with numerous grandchildren. “The children are already lining up jobs to keep me busy now I have retired,” he joked, although he has recently taken up bowls and is looking forward to being able to spend more time on his new hobby.

Workshop manager and senior diagnostic technician Matthew Pestridge, son of founder and managing director Derek, led the tributes to Alan’s commitment, dedication and support to the D&D Autos team before wishing him a long and happy retirement.

Woman killed and child injured after crash near Sittingbourne