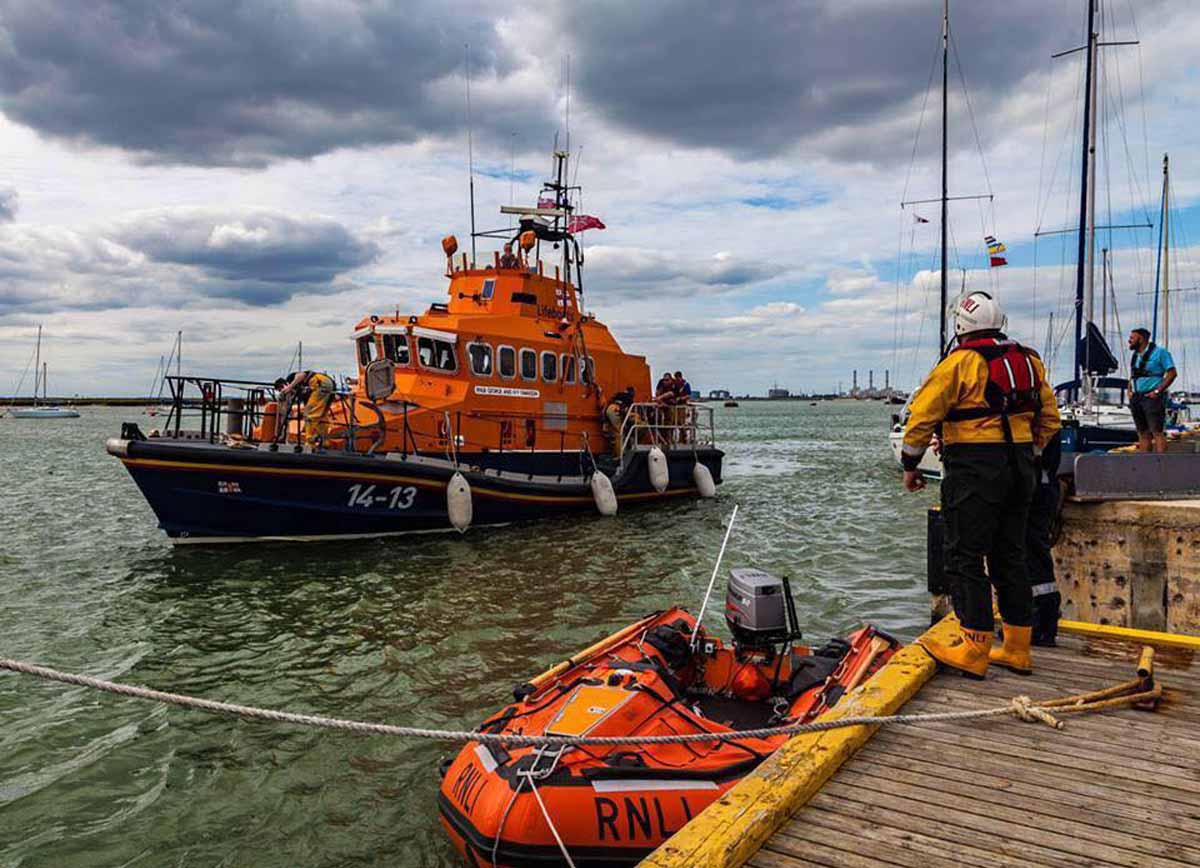 The Sheerness inshore lifeboat launched twice in less than two hours to a dinghy in trouble off the sea front at Sheerness after a number of emergency calls were made to HM Coastguard.

The volunteer crew of the Sheerness RNLI inshore lifeboat were tasked by the HM Coastguard at 3:34pm on Tuesday 30 March in response to a number of 999 calls that they had received voicing concerns for a young girl on a dinghy that was drifting off Sheerness seafront.

The casualty was reassured by the crew that she was now safe and after being fitted with a lifejacket from the lifeboat she was then transferred back to shore and into the care of Sheppey Coastguard Rescue Team and shortly afterwards to a male relative. The dinghy was also recovered.

The lifeboat returned to the station at 4:30pm.

Within minutes, at 4:37pm whilst the lifeboat was being refuelled and washed down the Coastguard called for another launch to the same dinghy which was back in the water. It now had two people onboard, and had broken down whilst heading back to a yacht that was moored off Sheerness seafront.

The lifeboat returned to the station at 5:15pm.

Sheerness RNLI Press Officer Vic Booth said: ‘With lockdown restrictions easing and good weather forecast we are expecting our beaches and local waters to be busy, especially over the Easter weekend and during school holidays.

Many people will want to visit our coastline and participate in water-based activities such as swimming, kayaking,paddle boarding, boating and angling.

At present there are no RNLI lifeguards on Sheerness beaches and although our volunteer lifeboat crews are fully operational, should they be needed, it is important that anyone visiting the coast understands the risk and takes the necessary steps to keep themselves safe. This will also help to reduce the demands placed on our lifeboat crews and other emergency services including HM Coastguard. In this way we can all work together to succeed in ensuring the coast is a safe place to visit’.

RNLI is urging anyone planning a visit to the coast to follow RNLI safety advice:

• Take care near cliffs – know your route and your limitations

• Have a plan – check the weather forecast and tide times

• If you fall into the water unexpectedly, FLOAT TO LIVE. Fight your instinct to thrash around, lean back, extend your arms and legs, and Float

• If individuals are choosing to go sailing or yachting it is important to ensure that equipment is properly checked and serviceable before going afloat.