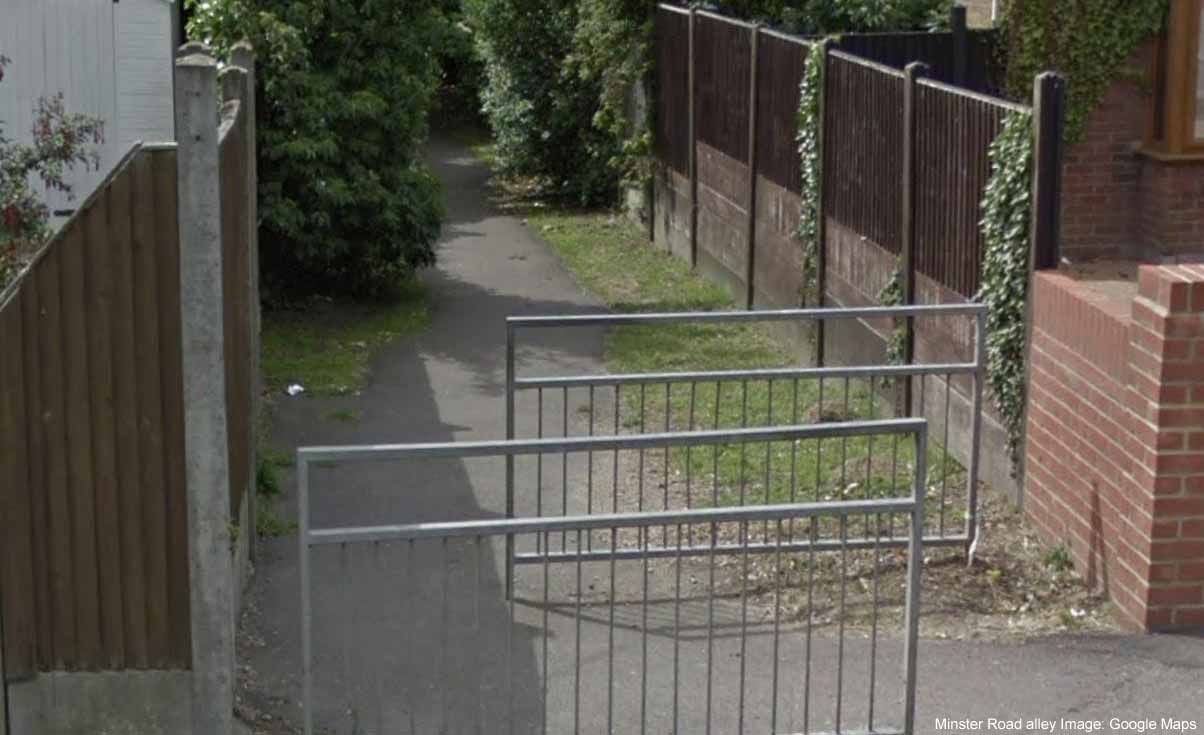 Officers investigating a report of a sexual assault in Minster-on-Sea, Sheppey, are appealing for a witness to come forward.

A man is reported to have indecently approached a teenage girl as she walked in an alleyway that connects Minster Road and Blatcher Close at around 3.45pm on Monday 29 March 2021.

The suspect is described as being white and in his forties. At the time he was wearing a black hooded jumper, a black face mask and grey jogging bottoms.

It is understood he left the scene, in the direction of Minster Road, when a second person was seen walking in the alleyway. Their gender is not known but they were wearing a grey hooded jacket.

Detective Sergeant Brian Crane, from Kent Police, said: ‘It’s quite likely that the witness would have been unaware that an offence had taken place, but they may recall seeing a man talking with a schoolgirl as they walked in the alley.
‘Any information they have, no matter how small it may seem, could greatly assist us with our enquiries and we would encourage them to contact us at their earliest convenience.
‘Likewise, we would be very keen to hear from anyone with privately held CCTV, or dash cam footage, that captures a man in the vicinity at the time of this incident.’