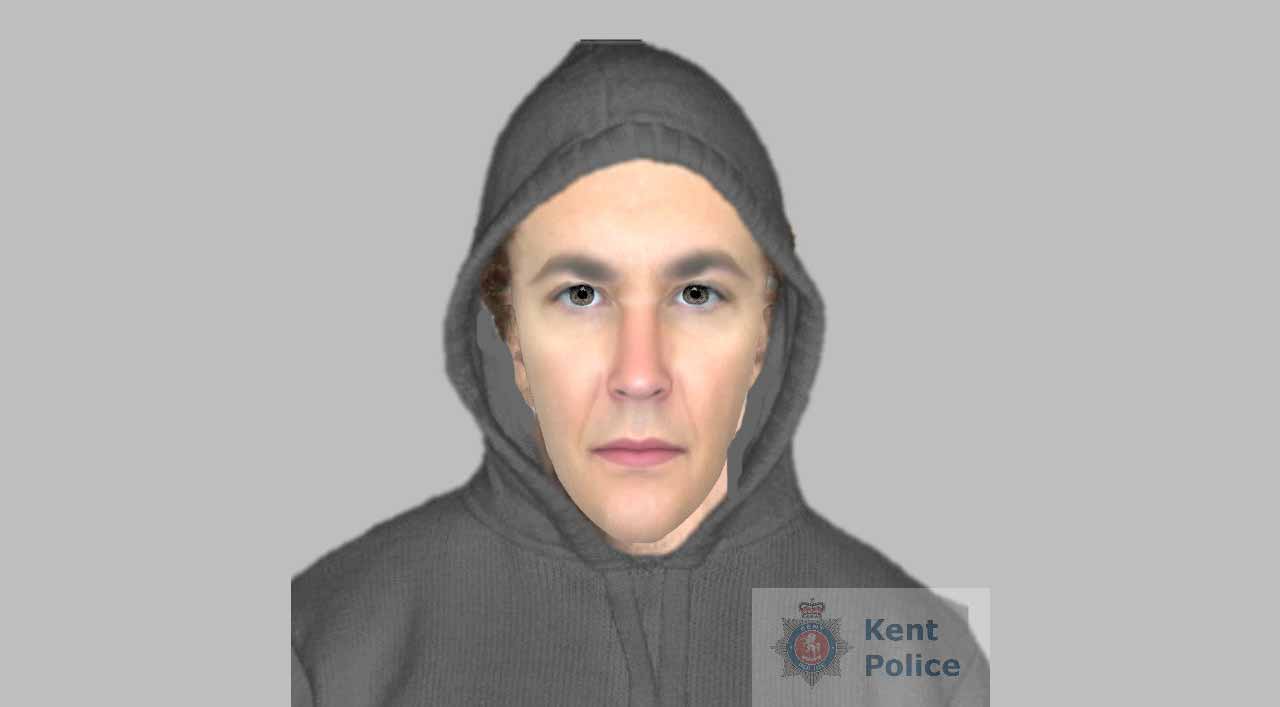 A computer-generated image of a man, shown above, has been issued by detectives investigating an aggravated burglary near Staplehurst.

A woman aged in her 60s was assaulted during an ordeal in Staplehurst Road, Frittenden, after a man called at her home asking for water. It is reported that the victim was in her garden at around 6pm on Sunday 4 April 2021, when the suspect initially appeared at a fence.

He claimed he had been cycling and asked for a drink, but after being given a bottle of water jumped over the fence and forced the woman inside the property. It is alleged the suspect stole money and valuables and that the woman was assaulted. The victim was then restrained, before the suspect left.

At around 7.30pm on Tuesday 6 April, concerns were raised to police by people known to the victim, after they had been unable to contact her. Officers attended the address, which is located between junctions for Mill Lane and Cradducks Lane.

Detectives from the Kent and Essex Serious Crime Directorate are leading the investigation and are continuing to appeal for members of the public to contact them if they saw anyone acting suspiciously in the area. They are also urging residents to check any CCTV or doorbell cameras for anything that may assist the investigation.

Detective Chief Inspector Neil Kimber said: ‘Our officers have been pursuing a number of lines of enquiry and we are now releasing a computer-generated image of a man we would like to speak to.

‘At this stage, we are not connecting this incident to any other burglaries in the area. The victim suffered a traumatic ordeal and are we urging anybody who believes they know the person in the image to call our appeal line.’

You can also contact Kent Crimestoppers anonymously on 0800 555111 or by using the online form.