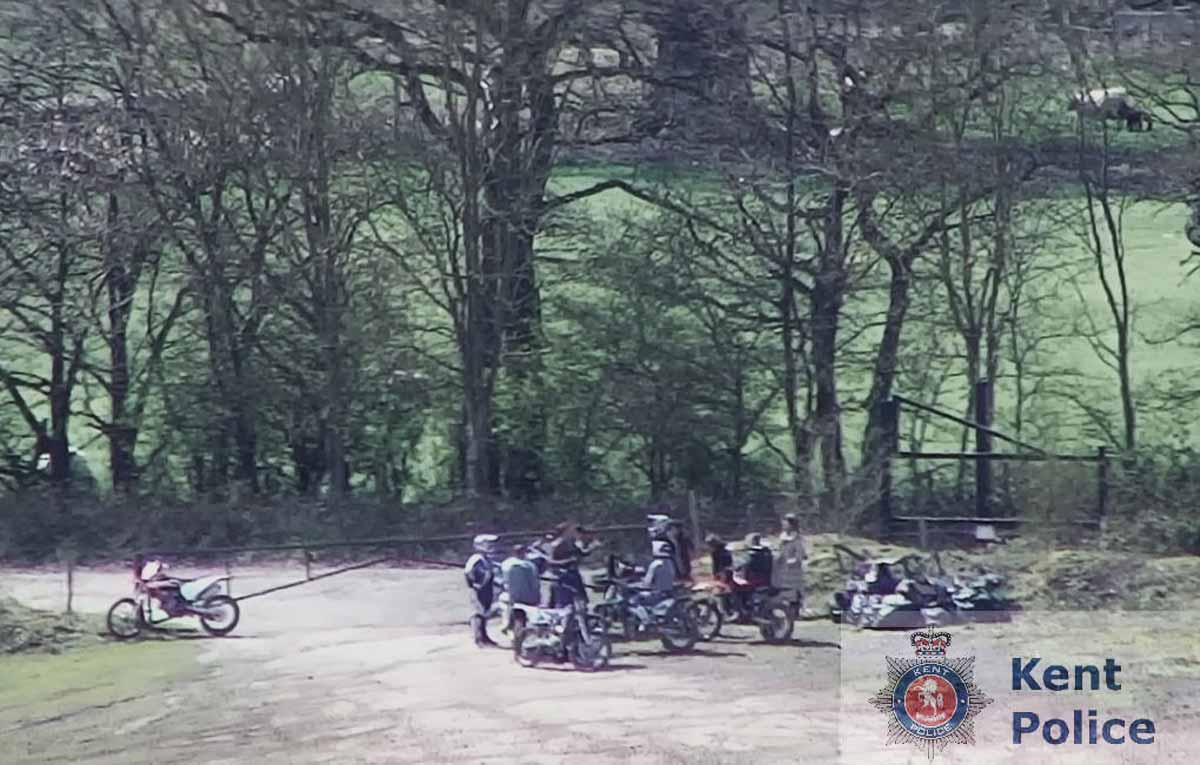 Motorcyclists in the Sevenoaks area are reminded they risk having their bikes seized if they ride irresponsibly or dangerously.

Officers from the Sevenoaks Community Safety Unit together with Kent Police’s Rural Task Force and special constables used a drone to identify and target motorbikes committing offences on footpaths, bridleways and in nature reserves.

On Sunday 11 April 2021, patrols were deployed to rural areas following complaints from residents that bikes and 4×4 vehicles had been causing a danger to pedestrians and horse riders.

Patrols went to the areas and a total of ten riders received section 59 warnings from officers and anuninsured motorcycle was seized near Farningham.

District Commander, Chief Inspector Mark Stubberfield said: ‘Residents have complained to us about the dangers these vehicles pose to others who use the rights of way and public spaces in the area. Concerns have also been raised about the impact of noise on the quality of life for local communities.

‘Any uninsured vehicle will be seized and a section 59 warning can be issued to riders and motorists driving in an irresponsible manner. This gives us the power to seize and in some cases destroy a vehicle where the anti-social behaviour is repeated.

‘A number of riders have travelled from outside the county and we have noted the registration numbers of vehicles used to bring off-road bikes to the area. We will be alert for any signs of reoffending should they be seen to return.

‘Local people have complimented our efforts to prevent anti-social behaviour in the countryside and I would encourage members of the public to report any further incidents. This allows us to identify where to deploy our patrols effectively.’

Incidents involving nuisance motorcyclists can be reported on the Kent Police website.