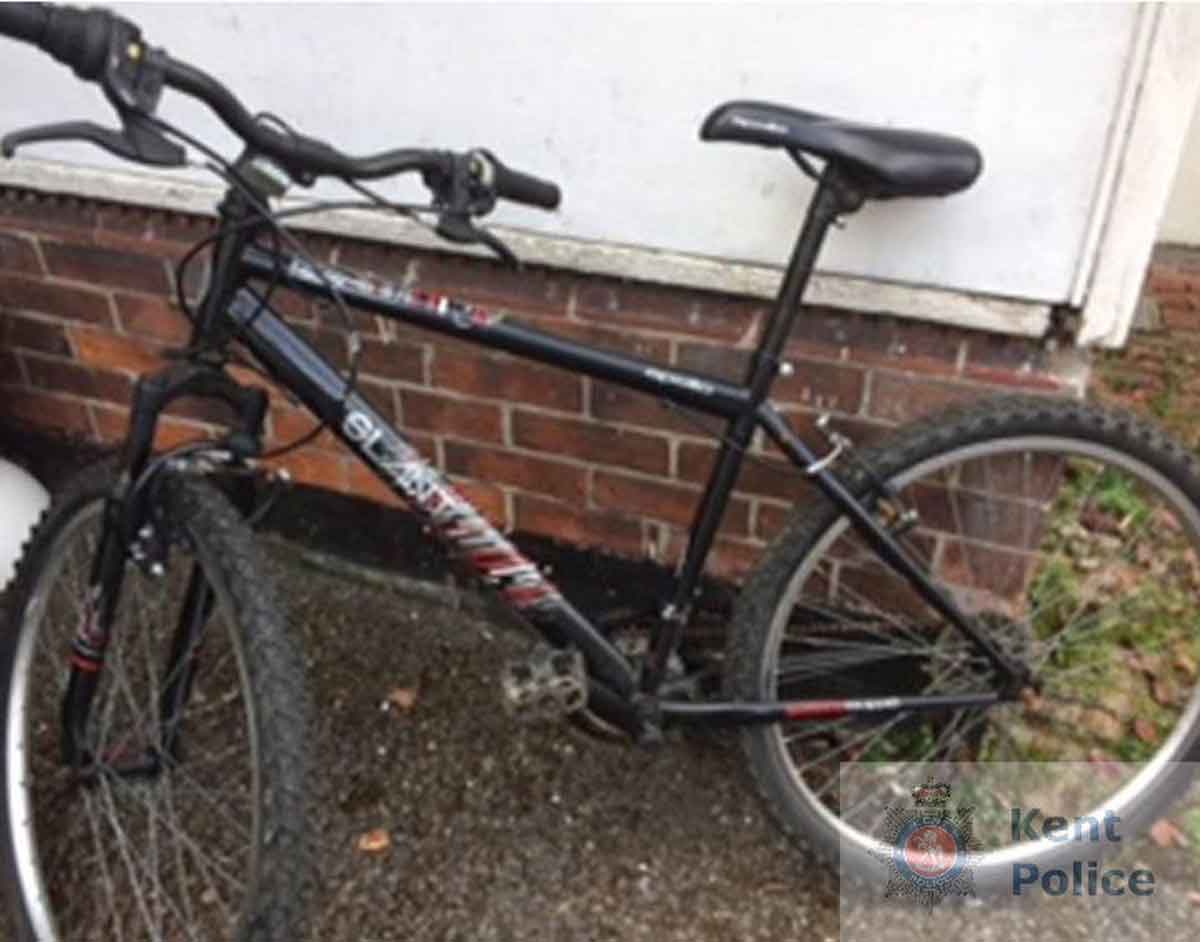 A suspect is to appear in court charged with an aggravated burglary at an address in Frittenden near Maidstone.

The offence took place at around 6pm on Sunday 4 April 2021. During the incident, a woman was restrained before money and other valuables were stolen. It is also alleged she was assaulted.

A man aged 28, was arrested in Hythe on 20 April. Two days later he was charged with aggravated burglary.

The man from Ashford, appeared before Medway Magistrates’ Court on Thursday 22 April.

Investigators are also appealing for the owner of a cycle to contact them. The black mountain bike was recovered by officers in Staplehurst on Saturday 10 April.

Detective Chief Inspector Neil Kimber of the Kent and Essex Serious Crime Directorate said: ‘During the course of enquiries into this incident our investigators were alerted by a member of the public to the abandoned bike.

‘We suspect it may be stolen and might be of relevance to our investigation. We are urging the owner to call the appeal line.’

You can also contact Kent Crimestoppers anonymously on 0800 555111 or by using the online form on their website.