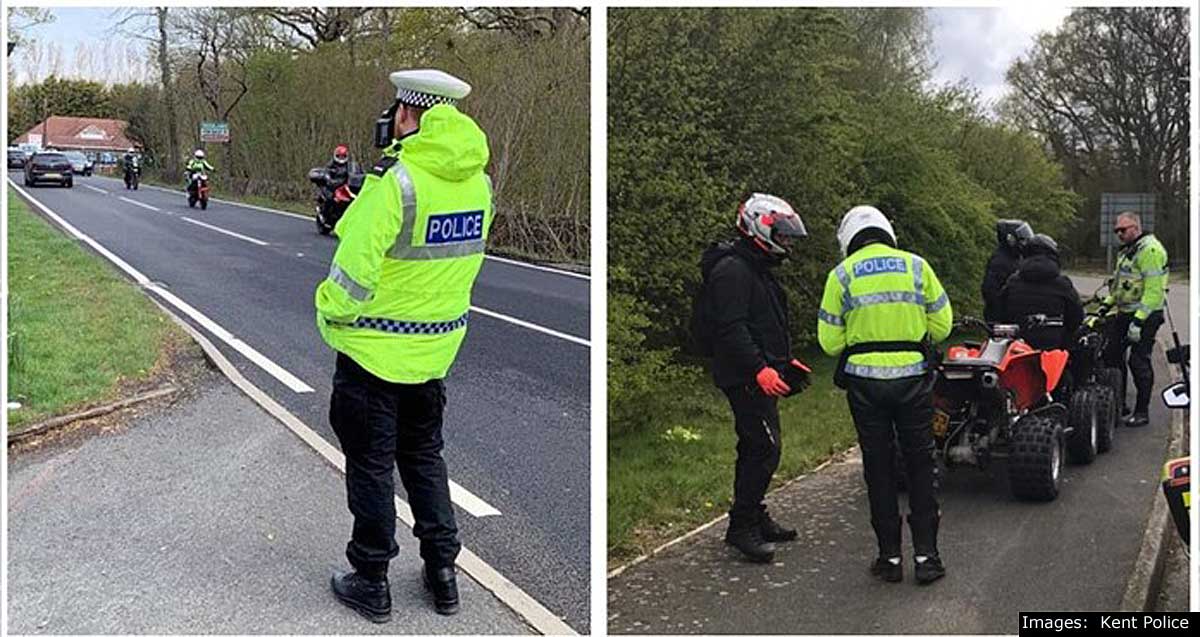 Action to tackle motorcyclists speeding near Tunbridge Wells has seen almost 30 bikes stopped by officers in one day.

On Monday 3 May 2021, marked and unmarked patrols carried out speed and traffic checks along various parts of the A21 following concerns over excess speed and anti-social behaviour.

Officers from the force’s Roads Policing Unit focused mainly on the coastbound carriageway, where traditionally large numbers of bikers often travel towards Hastings as part of the annual May Day Run.

Even though this year’s event did not take place, several hundred motorcycles including quad bikes used the route and mobile patrols paid particular attention to the Lamberhurst Bypass, an area known to attract high speeds and concerns from nearby residents.

The multi-agency operation was assisted by partners including Kent Fire and Rescue Service and of the 27 bikes stopped, officers identified 12 offences, including careless driving, speeding and having no tax or insurance.

One bike was seized, as the owner had no licence.

District Commander for Tunbridge Wells, Chief Inspector Omid Changizi said: ‘We are aware of a number of concerns raised and complaints made in relation to this busy road and the speed of motorcycles, as well as related noise.

‘With lockdown measures continuing to ease and traffic volumes returning to normal levels, operations such as this play an important part in targeting vehicles which may be driving dangerously.

‘Speed limits are there for a reason and we will continue to not just to enforce the law, but to encourage people to think about their driving and the effect it can have on fellow motorists, as well as to the wider community.’