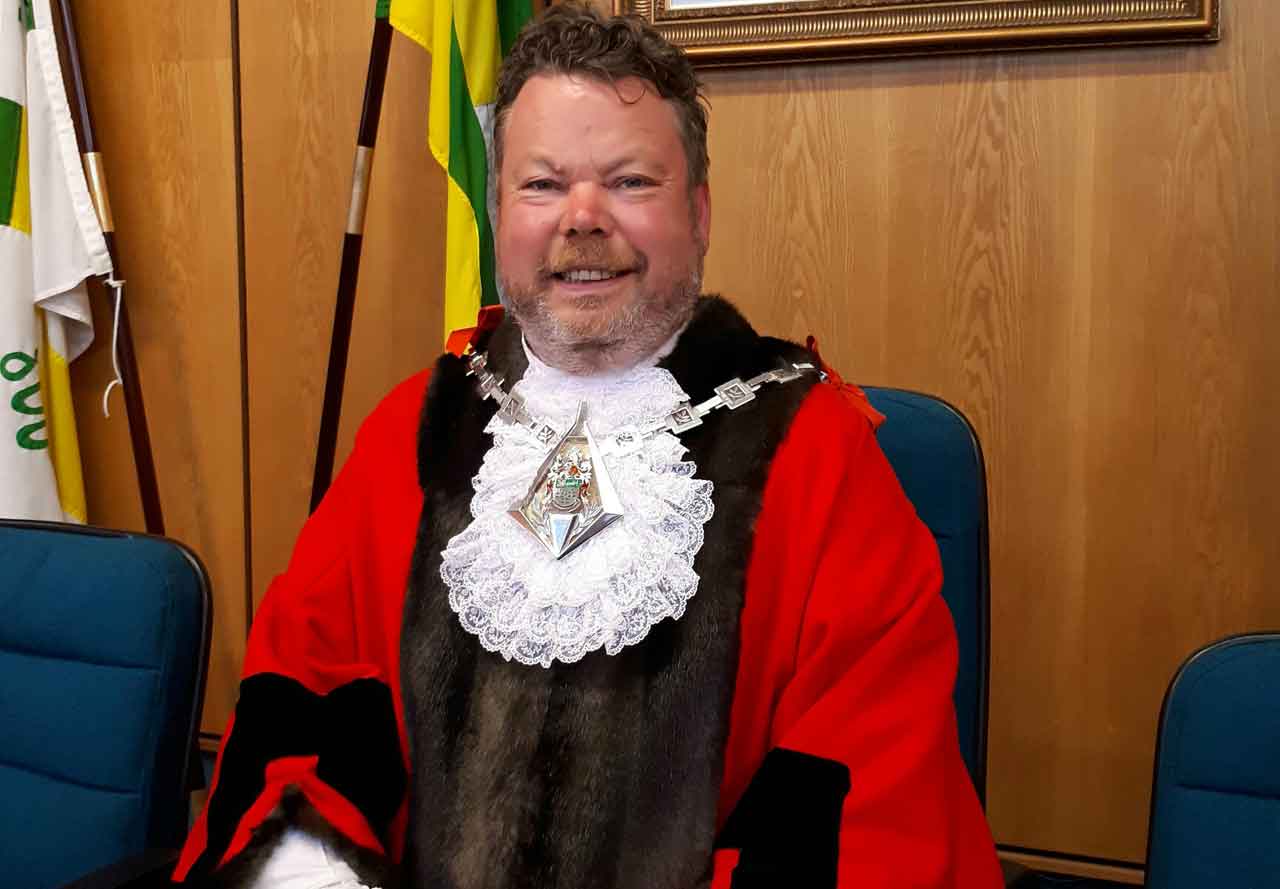 This week saw the inauguration of a new Ashford Mayor. Cllr Callum Knowles has dedicated his position to two key goals: ‘community wellbeing’ as well as ‘encouraging greater environmental responsibility.’

The new Ashford Mayor said; “I am passionate about the mental health and wellbeing of our borough and since the pandemic I feel we need to provide greater support and awareness to the services available. I aim to work alongside local communities, businesses, organisations and individuals on making a difference through networking and getting us all talking once more.”

Cllr Knowles began his working career in the Royal Navy as a 16 year old in 1984 and served for 12 years.

He moved to Tenterden from January in 2004. Cllr Knowles met his wife Cllr Dr Lisa Lovelidge in 2002 and she tempted him to move to Tenterden as this was a childhood favourite place for her and her family.

The newly elected Mayor of Ashford has been the represented councillor for Tenterden South ward for the past 6 years; he has also been a Tenterden Town Councillor for 8 years.

The Mayor added, “I became a Councillor because I kept on rambling on about how I thought the Council could do things better and so people, tired of listening to my ramblings, told me to become a councillor to change things for the better, and here I am. I am proud and honoured to accept this great responsibility to help in bringing this borough out of these dark days and into this most important period of recovery.”

Over the years he has been a great supporter of volunteering too, getting involved in many of the local charities in Tenterden. These include the British Legion, Highbury Hall Youth Club and the Tenterden Rotary Club and he has thoroughly enjoyed meeting up with many people within those organisations and helping them to both raise money but more importantly to make a difference in the community.

His chosen charity is the Live Well Kent – Ashford Projects – based at the Hub in Canterbury Road and administered through the Shaw Trust charity. He hopes that other organisations, businesses and residents throughout Ashford area see the importance of these projects and will support them wholeheartedly.