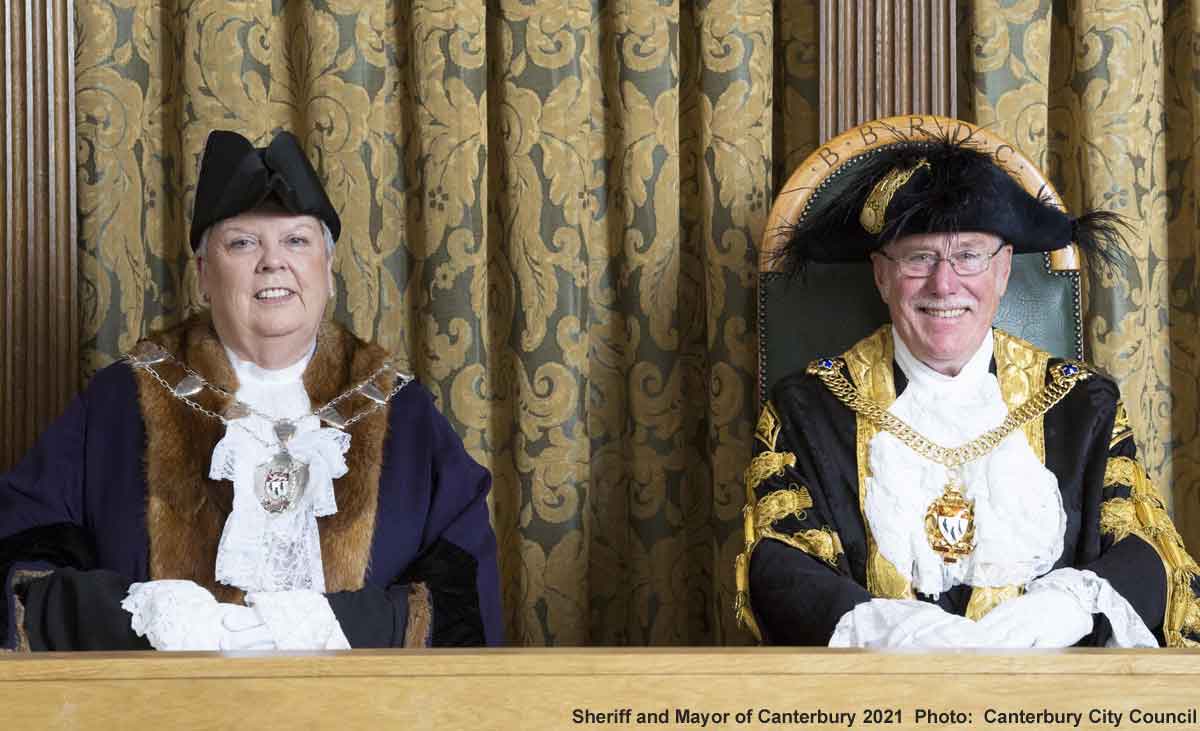 Councillors have elected Cllr Pat Todd to be the Lord Mayor of Canterbury for a record-breaking fourth time.

At the virtual meeting of Full Council on Tuesday 4 May, Cllr Anne Dekker was also elected to serve a second term as the Sheriff of Canterbury, an office that dates back to 1461 and one which deputises for the Lord Mayor.

Cllr Todd is well used to the role as the district’s first citizen with all of the ceremonial duties that brings, official representative of the Queen, the chair of meetings of Full Council and ambassador for the area and the people that live, work and study here.

He said: “As life around us slowly gets back to normal after a period of intense sacrifice by everyone and restrictions on what we can do and who we can see, I am looking forward to getting on the road and meeting as many people as I possibly can.

“This job is a real privilege and honour because it allows me to see close up those people and organisations that make up the beating heart of our district and make it the special place it is.

“This time, more than ever, I want to take the time to say thank you to everyone who gave up so much for the greater good.”

This year the Lord Mayor, an avid sportsman, will raise money for the Kent MS Therapy Centre in Canterbury, the Whitstable RNLI and the League of Friends of the Kent and Canterbury Hospital CIO for the benefit of breast cancer patients.

Cllr Anne Dekker was elected to Canterbury City Council in 2019 and represents the Herne and Broomfield ward.

In 1461, the office of Sheriff included policing and having the ability to arrest people, overseeing public executions and collecting taxes but today involves supporting the Lord Mayor in his duties, deputising for the Lord Mayor in chairing meetings of Full Council and acting as an ambassador for the district.

Cllr Dekker said: “It is a great honour to be elected as Sheriff once again.

“Because of the coronavirus, my time as Sheriff has been bittersweet.

“Normally it is the Sheriff’s great privilege to travel around the district meeting the wonderful people who do so much to support and enhance our everyday lives, the shopkeepers and the lollipop wardens, the teachers and the delivery drivers, the street cleaners and the guys who make our morning coffees, as well as a host of other, often unrecognised, individuals who volunteer in our hospitals, day care centres, our schools and our charity shops to name but a few. That has not been possible so far.

“Let’s hope we can get back to it and I am so looking forward to meeting everyone again.”