CCTV issued after copycat supermarket thefts in Deal and Ashford 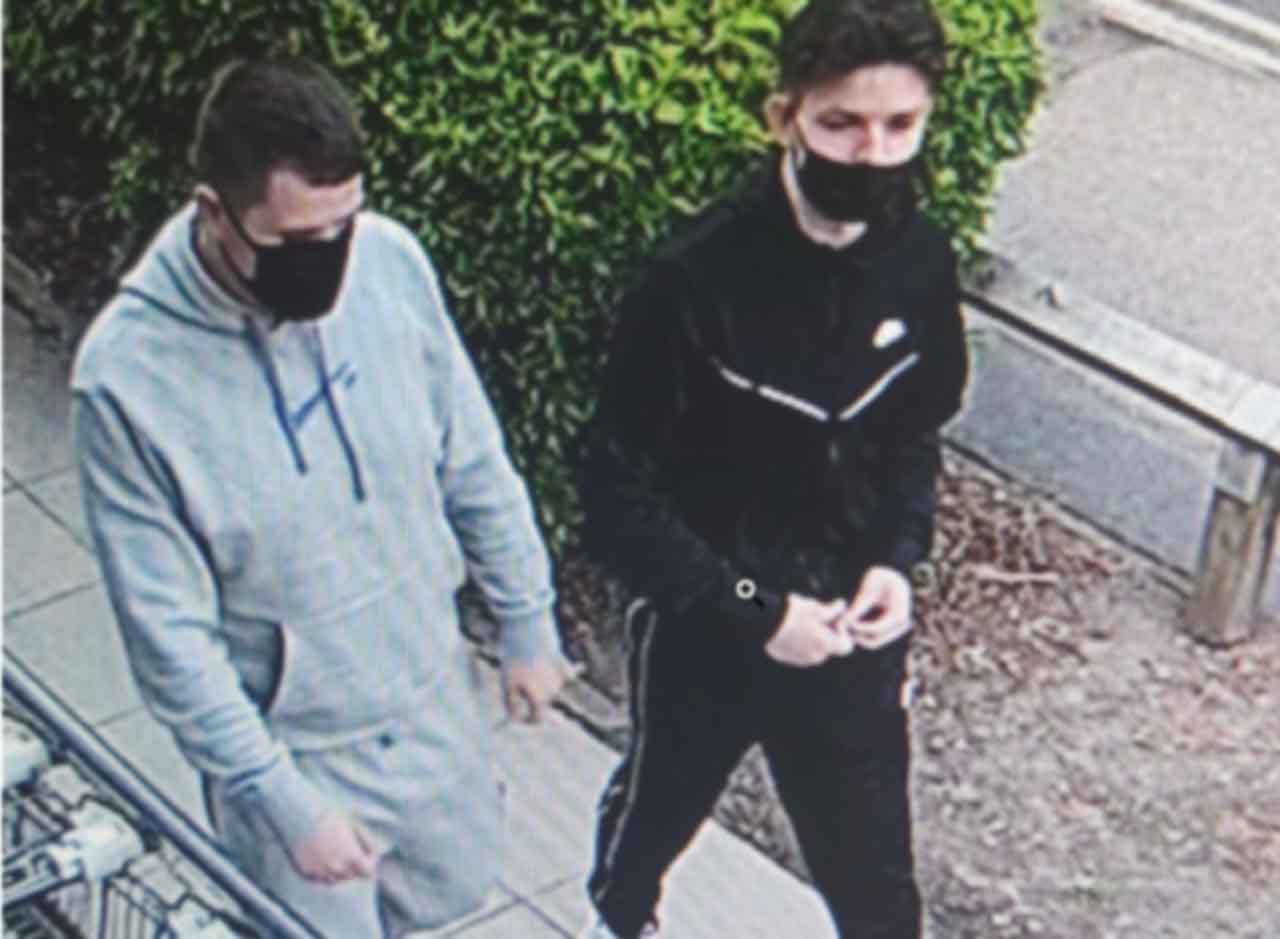 A CCTV image has been released after tobacco and alcohol were stolen from two supermarkets in Ashford and Deal.

While waiting for their shopping to be scanned by staff at the Co-op store in Beauchamp Avenue, Deal, two men were reported to have grabbed multiple packets of tobacco and pocketed them, before claiming they had to fetch other items from the store. They instead left the store with the tobacco, leaving their shopping at the till.

Officers are investigating a similar incident reported to have taken place on the same day at 6.20pm. Two men asked for multiple packets of tobacco from the counter in the Co-op store in Faversham Road, Kennington, and then pocketed them, walking out of the store without paying for them. Two cases of beer were also stolen. A woman was said to be with the two men during the second incident.

Officers are seeking to identify and speak to the two people in the CCTV image who may have information to assist with their enquiries.

You can also contact the independent charity Crimestoppers anonymously by calling 0800 555 111 or using the anonymous online form.