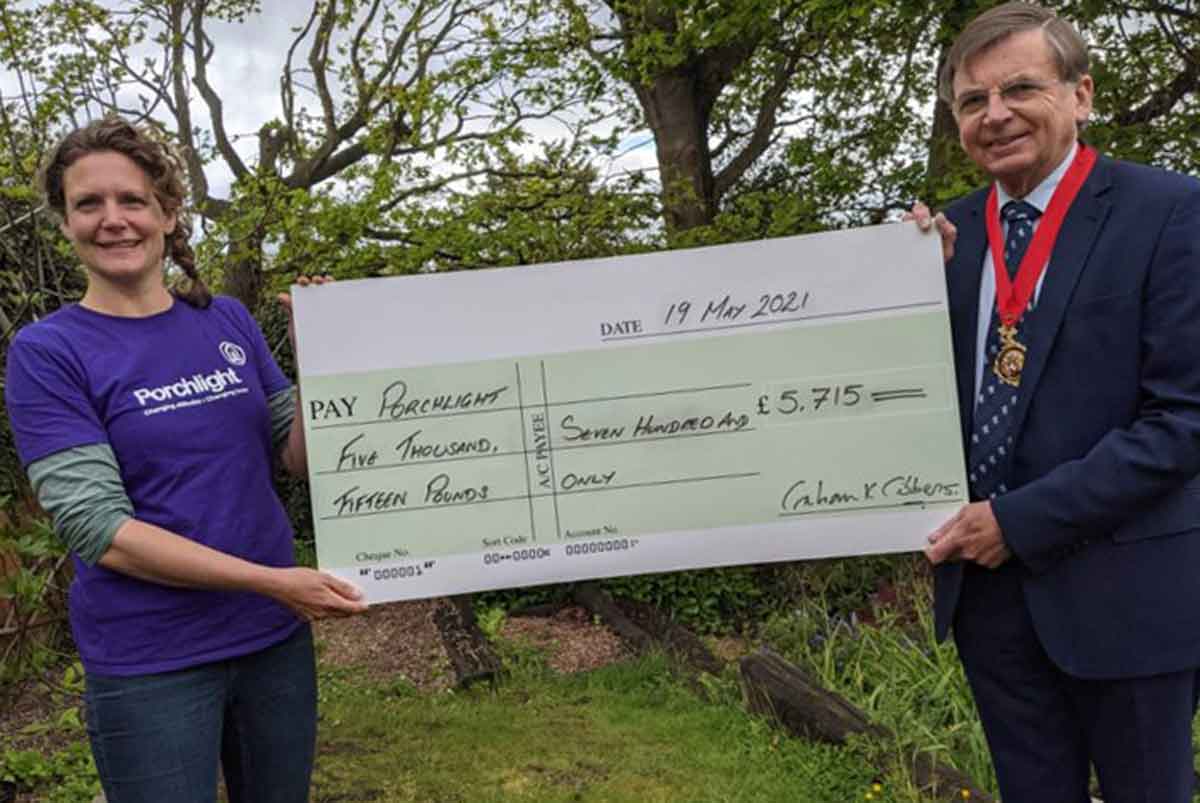 The Chairman of Kent County Council, Graham Gibbens, presented a cheque to Rachel van Hoven from Porchlight in Canterbury for £5,715 which he has raised over the last 12 months.

The Chairman nominated Porchlight as his charity for the year in June 2020 and has carried out several fundraising activities, including a charity walk from Ebbsfleet Football Ground to Canterbury Cathedral via Farningham and Maidstone.  The walk took place over four days in September last year, totalled 56 miles, and followed sections of the Pilgrims Way.

Mr Gibbens said: “Porchlight is an amazing charity that does such valuable work across the county for those with mental health issues and for the homeless.

“Their work during the pandemic has been particularly important and they have helped so many people to find safe accommodation and provided support with many mental health issues.

“I was delighted to be able to raise this sum, particularly during the pandemic, to support the work Porchlight continue to do with some of the county’s most vulnerable residents.“

Graham has represented the Canterbury City North division for KCC since 2005 and previously served as Cabinet Member for Adult Social Care before becoming Chairman a year ago.

He stood down as a member at this month’s elections.