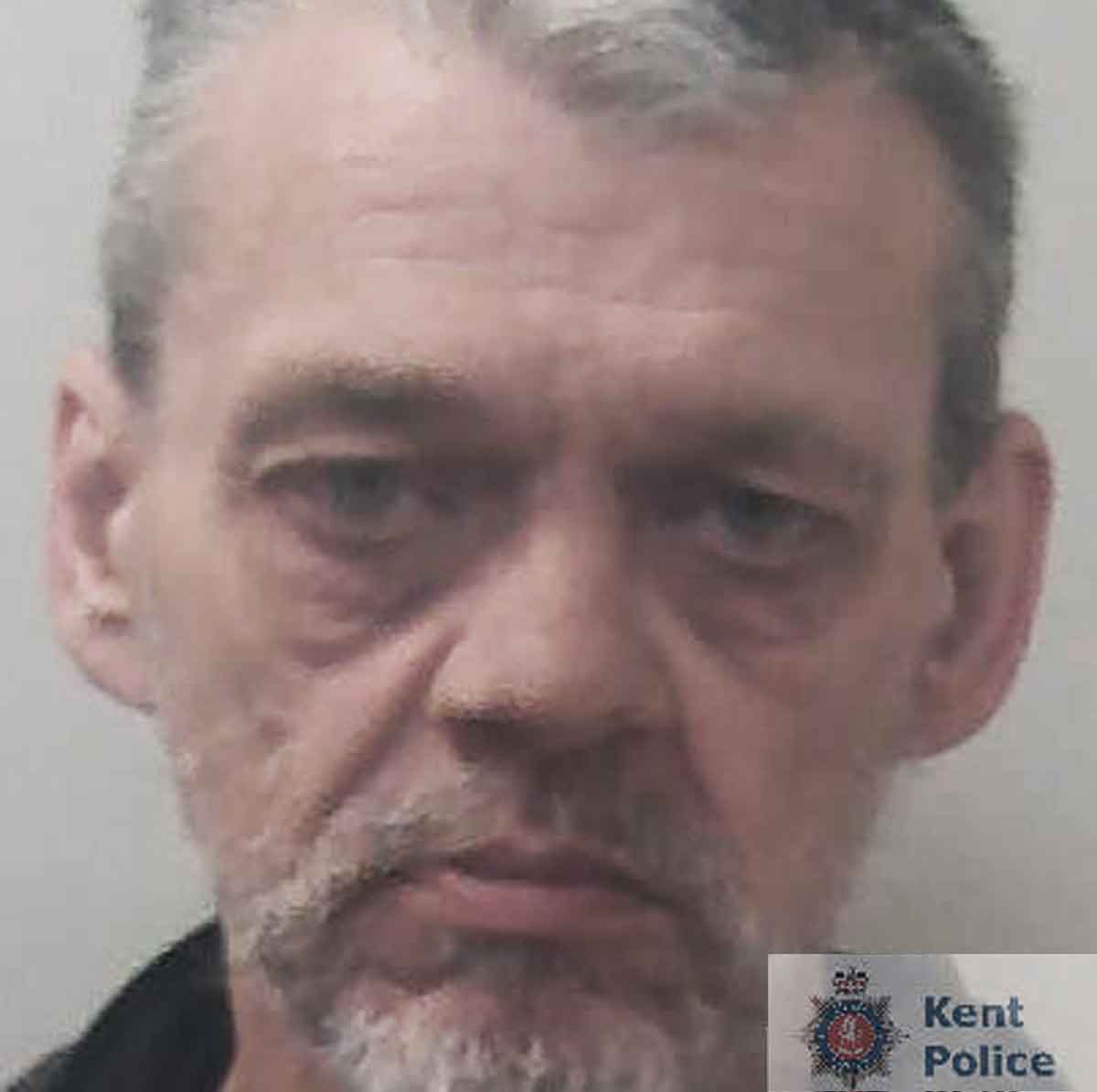 A burglar who targeted a vulnerable pensioner in Wateringbury, near Maidstone, four times is starting a prison sentence.

On 2 April 2021, Douglas Brown, pictured above, went to a private address in the village while the occupant was out and used a screwdriver to force open the front door.

Once inside, he stole the victim’s bank card and used it to travel into Maidstone by train. There he fraudulently used the card to buy tobacco, cigarettes and a sandwich at two shops in the Broadway.

He made four further attempts to make purchases in the town centre but the card was declined.

The victim did not notice they had been burgled and Brown was able to target the address using the same method three further times between 9 and 16 April.

On the first two occasions he stole quantities of cash and on the third he took the victim’s new bank card, and once again travelled into Maidstone on the train.

On arrival, he made fraudulent purchases of tobacco, foodstuffs and a bus day pass at four town centre shops.

Police were alerted to the crimes and, following an investigation by the Chief Constable’s Crime Squad, Brown was identified as being responsible.

He was arrested on 22 April at his home address in Wateringbury and was later charged with four burglaries and eleven fraud offences.

Brown, aged 53, pleaded guilty at Maidstone Crown Court and on Friday 21 May was sentenced to three years in prison.

Investigating officer, DC Rob Fagg, said: ‘Brown saw an opportunity to steal from a pensioner while they were away from home and stole cash they could ill-afford to lose.

‘Burglary is an appalling crime and leaves victims feeling nervous about leaving their home and fearful of being targeted again. This is particularly true of the elderly.

‘I am pleased that within a month of his arrest, this man has been removed from the streets and is no longer a danger to the vulnerable within our communities.’