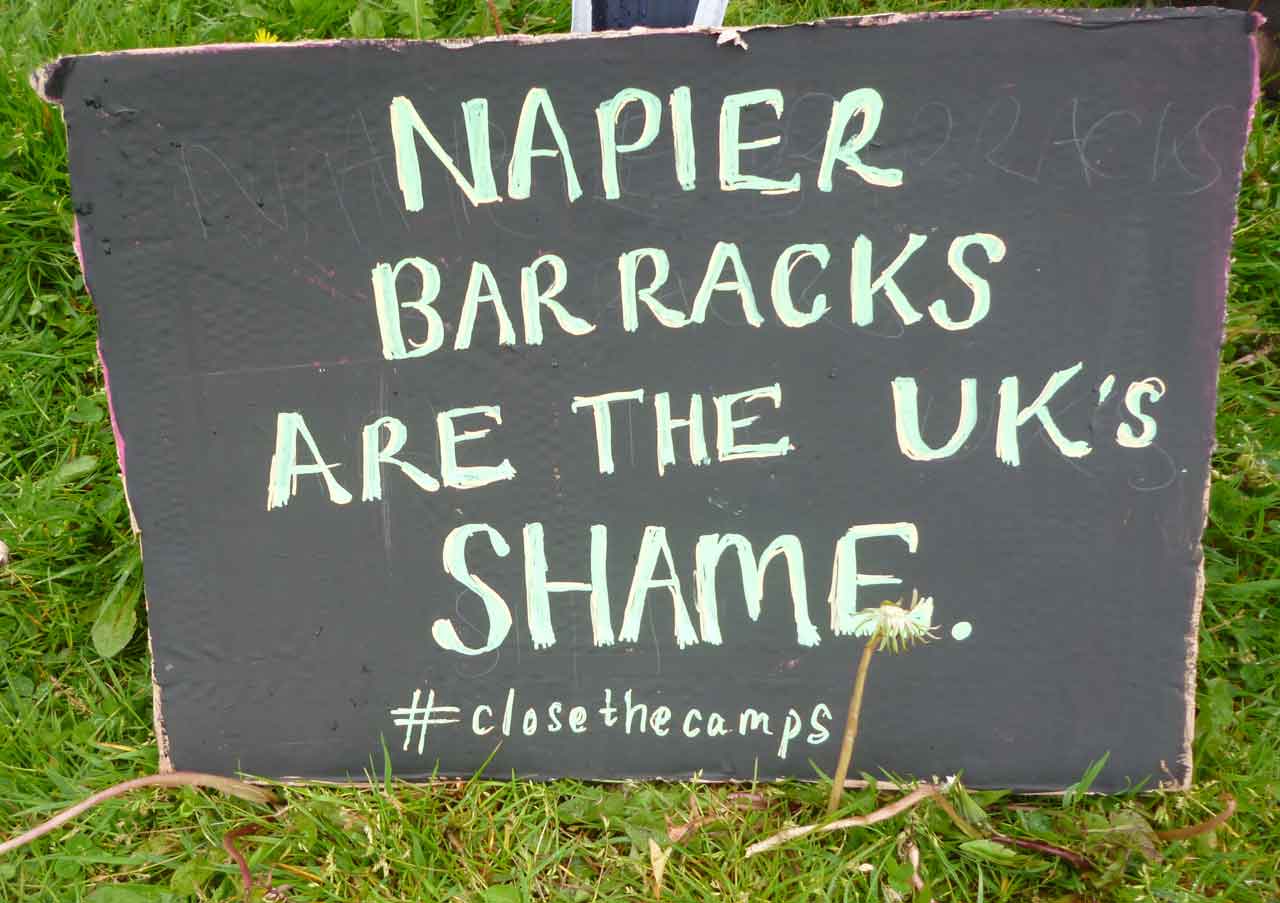 Despite the weather Saturday saw over 500 people attend an event at the former cricket field opposite the controversial refugee housing at Napier Barracks, Shorncliffe near Folkestone.

The events was part demonstration against the continuing use of the now dilapidated former Victorian era barracks to housing asylum-seekers and part a celebratory and helpful event for those housed there.

Organised by the group Close The Camps, with those attending coming mainly from London by coach, car and rail to attend. Several tents were set up by the group alongside those from such as No Borders, Freedom for Torture, Palestine Solidarity Campaign plus food; including Halal; clothing, music, art and meet a Lawyer spaces.

There were also opportunities to play football, volleyball and cricket between the groups and some of the residents of the barracks who, after some apparent reluctance, were allowed to attend.

The event went off without incident and more could be planned for later in the year.