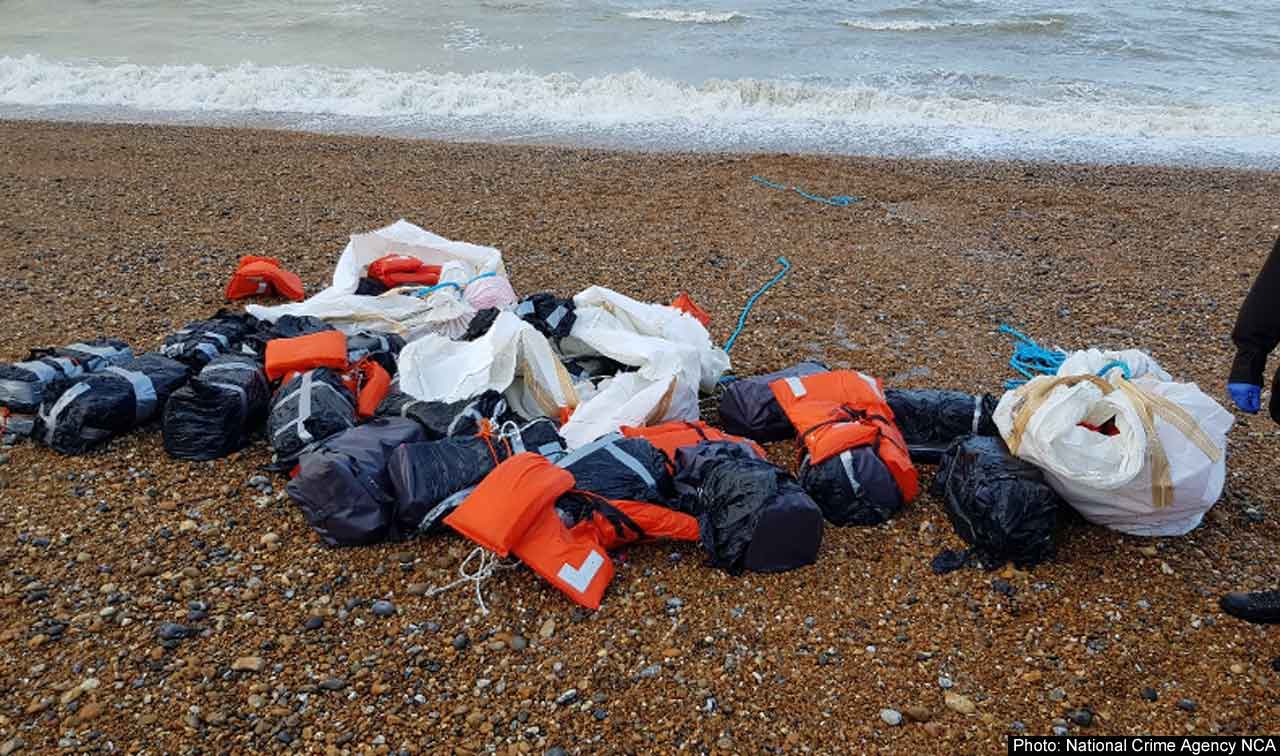 The National Crime Agency has begun an investigation following the discovery of almost a tonne of what is thought to be cocaine at two locations on the East Sussex coast.

Two separate consignments of packages, all in waterproof bags and attached to life jackets to make them float, were found on beaches near Hastings and Newhaven on Monday (24 May).

Passers-by made the discovery and alerted Sussex Police, who removed the drugs from both beaches and took them to a secure location.

NCA officers have now opened an investigation into the seizures, which are being linked.

Samples taken from the load have tested positive for cocaine, though a full forensic examination will now be carried out.

The combined weight is thought to be around 960 kilos, which if cut and sold on the streets in the UK would have had an estimated street value of around £80 million.

Martin Grace, NCA Branch Commander, said: “This is a significant amount of class A drugs which we think originated in South America, but we are keeping an open mind about how the drugs washed up here and where the end destination might have been.

“Clearly though losing a consignment of this size this will represent a significant hit to the criminal networks involved.

“Our investigation is being assisted by both Sussex Police and Border Force, and is also likely to involve international partners.”