100kgs of cocaine discovered in spare lorry wheels in Dover 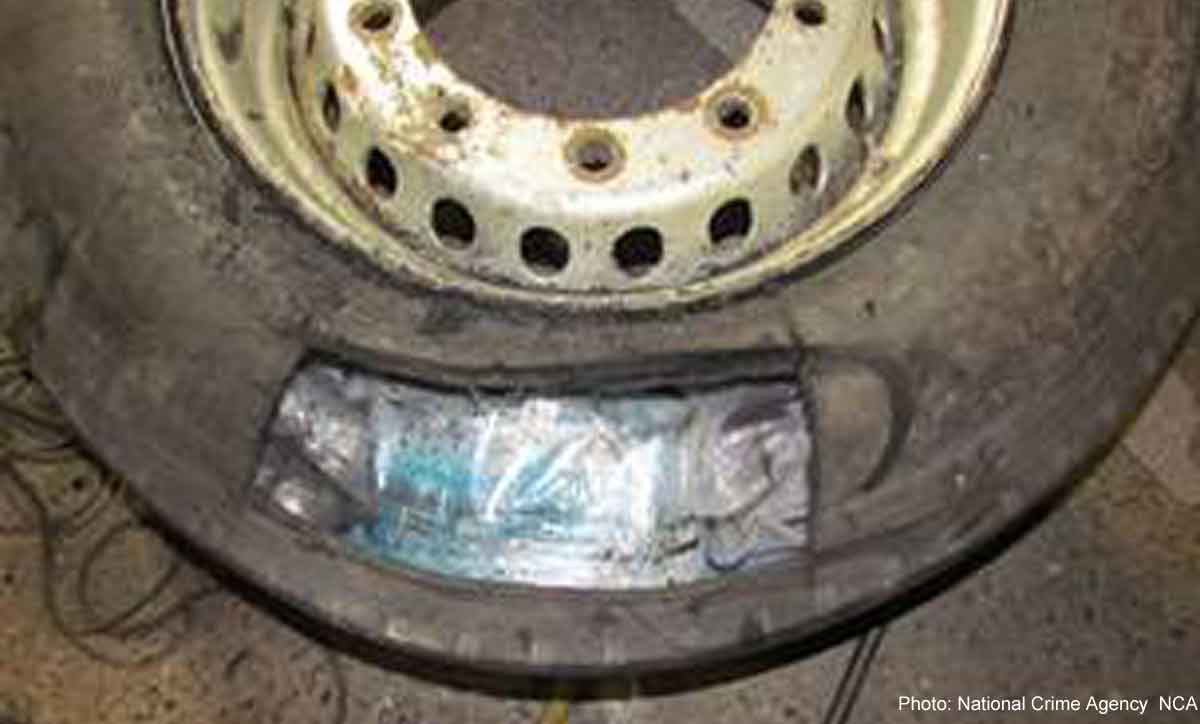 A Polish lorry driver has been arrested after 100kgs of cocaine was found in two spare wheels attached to the underside of his lorry.

The 37-year old was stopped at the Port of Dover by Border Force officers on the 5th May 2021 after National Crime Agency (NCA) investigators shared intelligence that the lorry may have drugs on board.

Border Force officers conducted a search of the lorry and discovered the drugs. The man was subsequently interviewed by NCA officer and released under investigation while enquiries continue.

Martin Grace, NCA Branch Commander said: “We have seen a number of cases recently where drug runners have attempted to bring class A drugs into the UK, but have been stopped at the border and arrested.

“The NCA and our partners are determined in our efforts to disrupt the activities of organised crime groups involved in drug trafficking, and identify and pursue the criminals who pose the biggest risks to our families and communities.

“In the last year, more than 145 tonnes of drugs have been seized as a result of NCA investigations and no one involved in serious and organised crime impacting the UK should consider themselves beyond our reach”.

Dave Smith, Regional Director for Border Force South East and Europe, said: “This is a great example of collaborative working by multiple law enforcement agencies to protect the UK from those violent gangs determined to smuggle illegal drugs into the country.

“This impressive find not only stops criminals from making huge profit, but also removes a tremendous amount of drugs from being peddled on our streets.”