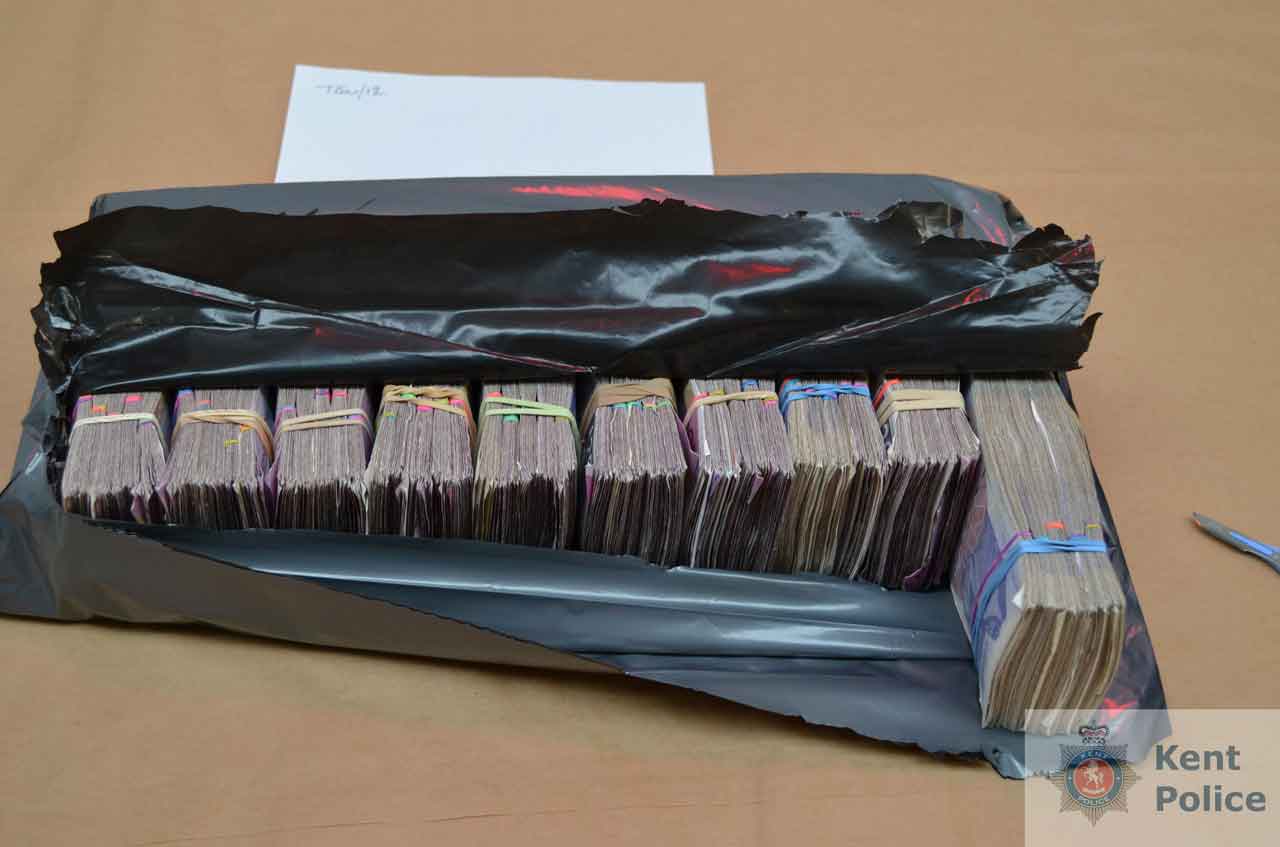 Cash discovered in the van

Almost £1 million has been recovered from a money launderer who hid bundles of cash within a secret compartment in his van.

Faisal Khan is suspected to have been a courier for an organised crime group concerned in the supply of class A drugs, and was jailed for six years in September 2019 following his arrest at the Channel Tunnel the previous January.

The 29-year-old was attempting to leave the country in his blue Ford Transit when it was stopped and selected for a random search by UK Border Force staff, who found a magnet inside the vehicle and used it to find and open the secret compartment.

Khan, from Batley in West Yorkshire, had waived any rights to the cash beforehand but financial investigators from the Kent and Essex Serious Crime Directorate found that he would have been paid a significant sum of money each time he transported goods for the organised crime group. They also found that he had various assets available including a car, land and residential property.

At a separate hearing held in April 2021 he was therefore ordered to repay £90,150 within three months or face a further year behind bars.

Detective Chief Inspector Helena Banusic of the Serious Economic Crime Unit said: ‘Faisal Khan may have been happy to distance himself from the vast quantity of cash found hidden within his van but it was clear he was still benefiting financially from the work he had carried out on behalf of the organised crime group.

‘It would have been unacceptable for him to continue to enjoy his illegally-funded possessions following his eventual release from prison, which is why the Proceeds of Crime Act exits to ensure offenders like Khan are made to literally pay for their crimes.’

Detective Sergeant Matthew Whitlock of the Border Policing team said: ‘We work closely with our partner agencies at the ports to ensure criminals do not attempt to import or export cash, weapons or other items linked to criminal activity.

‘This was a significant seizure of money that demonstrates our determination and commitment to disrupt the ability of organised groups to profit from their crimes.’