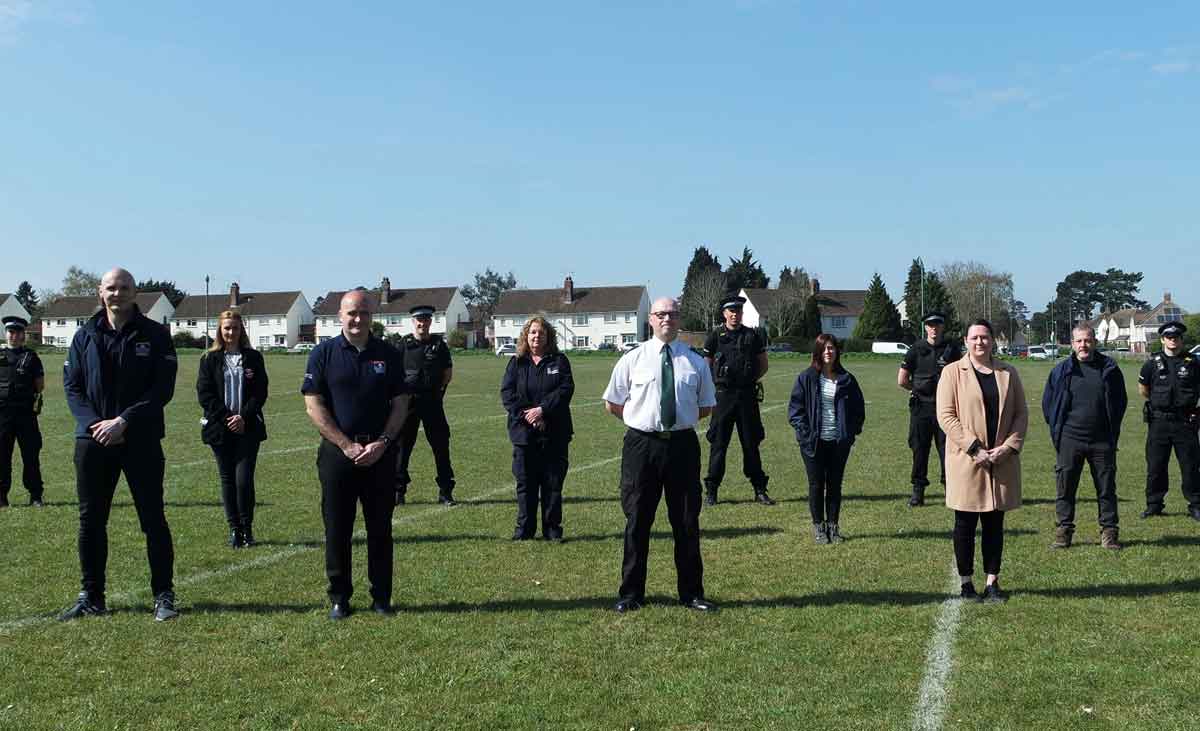 The Maidstone Task Force has made 100 arrests over just seven months as work to enhance community safety in the Shepway area of Maidstone continues.

The task force was launched on 16 October 2020 and consists of officers and staff from Kent Police, Maidstone Borough Council and Kent County Council wardens, along with partners such as housing associations, probation services and the Department of Work and Pensions.

The team has established close links with local businesses, schools and residents, and the issues that cause most concern continue to be identified.

Working together, responses to problems have drawn on the skills and resources of all the partners.

Of the 100 arrests, 29 charges were authorised for a range of offences including possession of class A drugs, handling stolen goods, theft, assault and criminal damage. In addition, 24 offenders were recalled to prison or were placed before the courts where they were wanted on a warrant. Five of the arrests resulted in cautions or fixed penalty notices.

Every day, the task force patrols areas where residents have raised concerns and suspicious activity is targeted. Over the seven months 253 people have been stopped and searched.

Cars, vans and motorcycles suspected to be used in crime have also been stopped and 46 vehicles seized. Motorists have been reported for 43 traffic offences including driving without insurance, and motorcyclists have received formal warnings where they have been found causing a nuisance.

Where individuals have been identified as having a detrimental effect within the community, they have been visited by staff from the police, local council and relevant housing association. Interventions have followed to encourage them to change their behaviour. This has included words of advice, assistance with employment opportunities and housing provision.

Inspector Steve Kent of the Maidstone Community Safety Unit said: ‘Officers and our partners have been very visible within the community working to make Shepway a safe place to live, work and visit. We have been actively bringing offenders to justice, reporting suspects for offences and offering support, advice and guidance where required.

‘There is no doubt that the ability to bring the combined resources of a number of agencies to bear on a range of problems has started to have a positive effect. Successes have been highlighted through regular local meetings with residents and businesses.

‘We are encouraged by the positive feedback we have received and pleased that residents have not hesitated to update us on suspected criminal activity and anti-social behaviour in the area. I would urge local people to continue contacting us with your concerns to allow us to deploy our resources effectively.’

There has also been considerable engagement by all the partner agencies with young people in the area. Most have responded constructively to the interaction with members of the task force and, where necessary, referrals have been made for additional support such as to the Youth Drug Intervention Scheme.

Action has been taken where anti-social behaviour has persisted and 10 community protection warnings have been issued to teenagers and seven acceptable behaviour agreements initiated with younger children and their parents.

Multi-agency interventions have also taken place where vulnerable individuals and families have been identified. In one case, a change of accommodation was arranged and on a number of occasions food parcels were delivered with the assistance of a local charity.

All partners have worked together on crime reduction and community safety initiatives over the last seven months, including days of action targeting knife crime, domestic abuse, fly tipping, drug abuse and the exploitation of vulnerable victims.

Martyn Jeynes, Community Protection Manager at Maidstone Borough Council said: ‘We want to make sure Maidstone is a place where people feel safe. By working in partnership as one task force we are already bringing about sustainable positive changes to our communities.’

Stephen Timms, Community Safety Lead for local landlords Golding Homes said: ’Being a key partner in the Task Force has led to excellent information sharing and targeted responses to the issues our residents have highlighted, which has been a big positive.

‘We still have work to do and we want our residents to live safely, free from antisocial behaviour. We will continue to target those few individuals who cause problems, using all the powers and legal remedies that the partners bring to the group so everyone understands that certain behaviours will simply not be tolerated.’