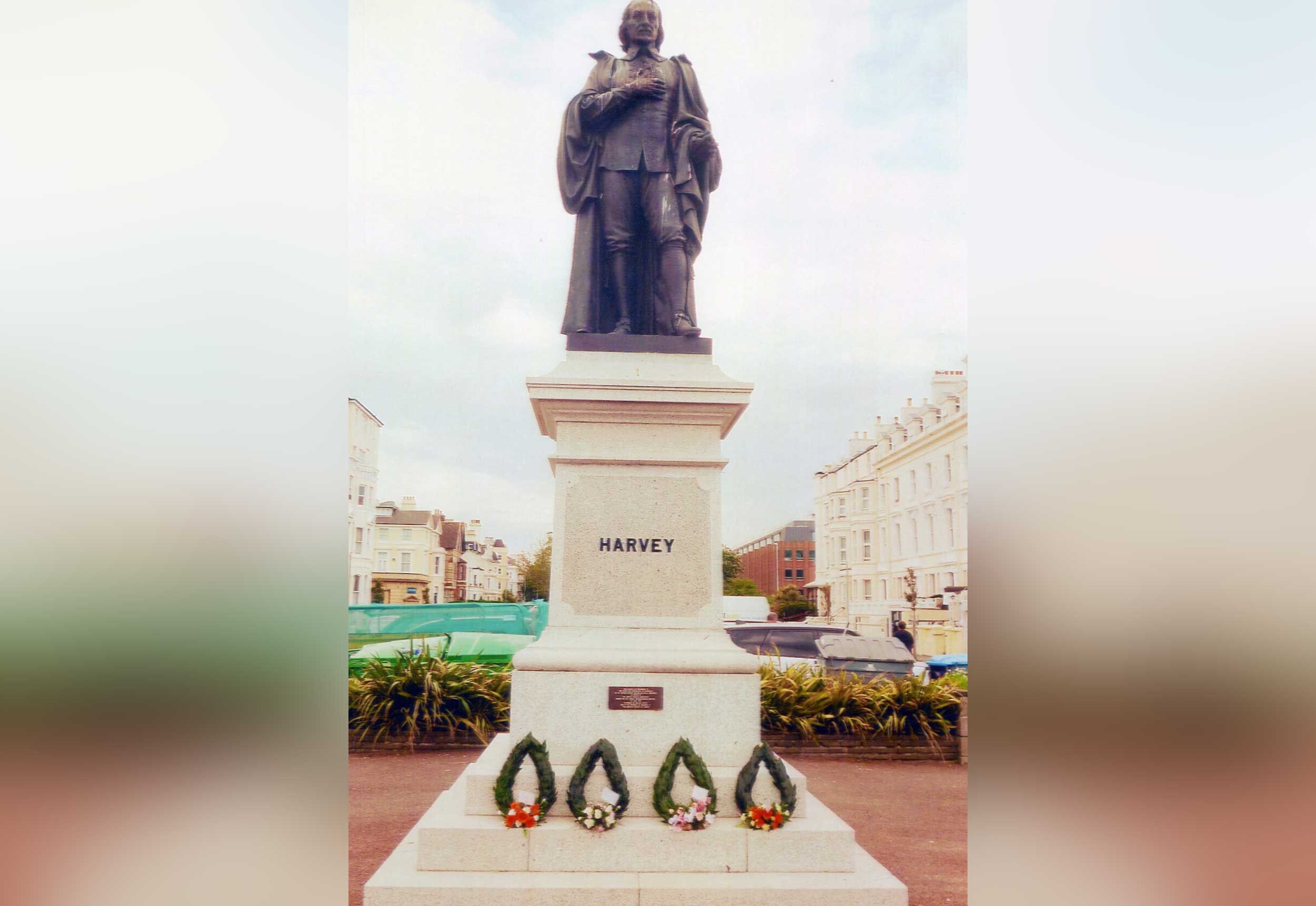 This was the first time in two years, due to the pandemic, that the ceremony organised by the Town Council  to commemorate the life and work of the town’s most famous son, Doctor William Harvey (1578-1657), the man who discovered the circulation of blood in the body.

All were initially welcomed by the Rev Robert Weldon from Holy Trinity Church, the Mayor’s Chaplain who recalled some of the life and work of Harvey before inviting the Mayor and dignitaries to lay their caplet wreaths to mark the occasion of the scientists death. A further caplet was then laid by local historians Eamonn Rooney, Terry Begent and Ray Duff.

Following this Dr Coker gave a short address in memory of the famous man saying: “Thank you, and it’s a great pleasure to join you today on behalf of the Harveian Society of London. Sadly we are a very small gathering this year because of the Covid pandemic. Harvey himself would have been quite familiar with such situations as he experienced quarantine in a ‘plague house’ in Treviso in northern Italy in 1636 for several weeks; and complained bitterly about the conditions and restrictions!

Harvey had an illustrious career as a physician, but we remember him today for his outstanding contributions to medical science.  He published De Motu Cordis in 1628 in Frankfurt, the first recorded description of the circulation of the blood and the importance of the heart as the central muscular pump.  This required perseverance as his work was largely rejected by his peers because it contradicted the Galenic dogma of the time.  It was this which led him to publish his work in Frankfurt, Germany.

De Motu Cordis has been regarded as the most famous of all publications in medical science and the foundation stone of modern clinical medicine.  His discoveries overturned many centuries of theory and clinical practice, including purging, forced expectoration and blood-letting to restore balance in the ‘humours’.

The event then closed.

Later this year Folkestone Museum will be putting on a new exhibition about Harvey and a new artwork will be erected as part of this years Folkestone Triennial.