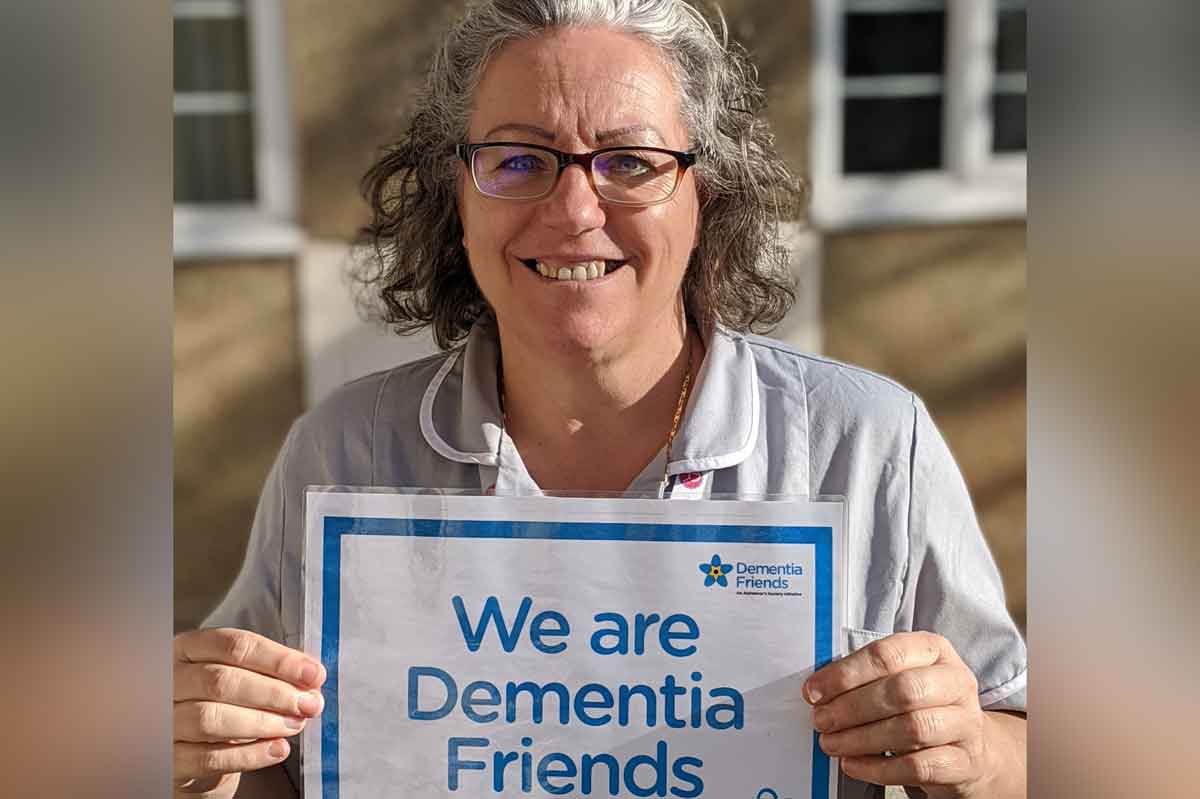 A charity champion’s marathon effort is back on the road – after Covid forced her to put the brakes on.

Ann McGovern, a dementia associate practitioner at the Kent and Canterbury Hospital, was due to take part in the Brighton Marathon in April last year, despite being diagnosed with cancer.

But lockdown meant the event was cancelled, and she had to shield – putting her training plans on hold.

Now officially in remission from her follicular lymphoma, Ann will take part in the virtual London Marathon in October with her friend Micala ‘Kip’ Hart, and has planned a route from her home town of Folkestone to Dymchurch and back.

She is aiming to raise £3,000 for East Kent Hospitals Charity’s Dementia Appeal, and has already reached £2,000.

Ann said: “We’re planning to do a mixture of running and walking and our aim is really just to finish it.

“If we can manage it in under six hours that will be fantastic. It’s more about the fundraising for us as I see every day at work the difference that those little extras make to our patients living with dementia.”

Ann has raised an impressive £6,200 for the charity’s Dementia Appeal since joining the team in 2018 – enough to fund an interactive system allowing people living with dementia to play music, enjoy games and take part in other activities while they are in hospital.

The money has also helped to fund activity boxes for wards and to support activities such as lunch clubs and bingo sessions.

Ann has raised more than £50,000 in total for a range of charities, after her brother was tragically found dead aged just 19. He had been suffering from undiagnosed diabetes.

The grandmother of two also set up a residents’ association more than 10 years ago, runs a youth group and organises a Christmas party for local children, and involves older residents on a community garden. She is also a member of Folkestone Lions Club and will become the club’s first female president next month.

Ann was awarded the British Empire Medal in 2018 in recognition of her community and fundraising work.

She said: “I believe you have to live life to the full and take every opportunity, and that is even more true since my diagnosis.

“I was lucky enough to be told I was in remission in February and although I still need to be careful I am enjoying being able to get my life back and being involved in my activities again, as well as being back at work.

“The marathon will be a real challenge but I believe anyone can do anything they set their mind to.”

Kip, who is married to Adie and mum to Evie, Ruby and Joseph, is joining Ann for the marathon to celebrate the last year of her 30s. The pair will be finding time to train together around their full-time work commitments.

Dee Neligan, senior charity officer for East Kent Hospitals Charity, said: “Ann is a fantastic fundraiser and we are delighted to support her with the London Virtual Marathon Journey.

“Her enthusiasm is infections and she has made a hugely positive impact on the experiences of patients across the Trust.

“We will be cheering her on in October and look forward to planning more projects using the money she has raised.”