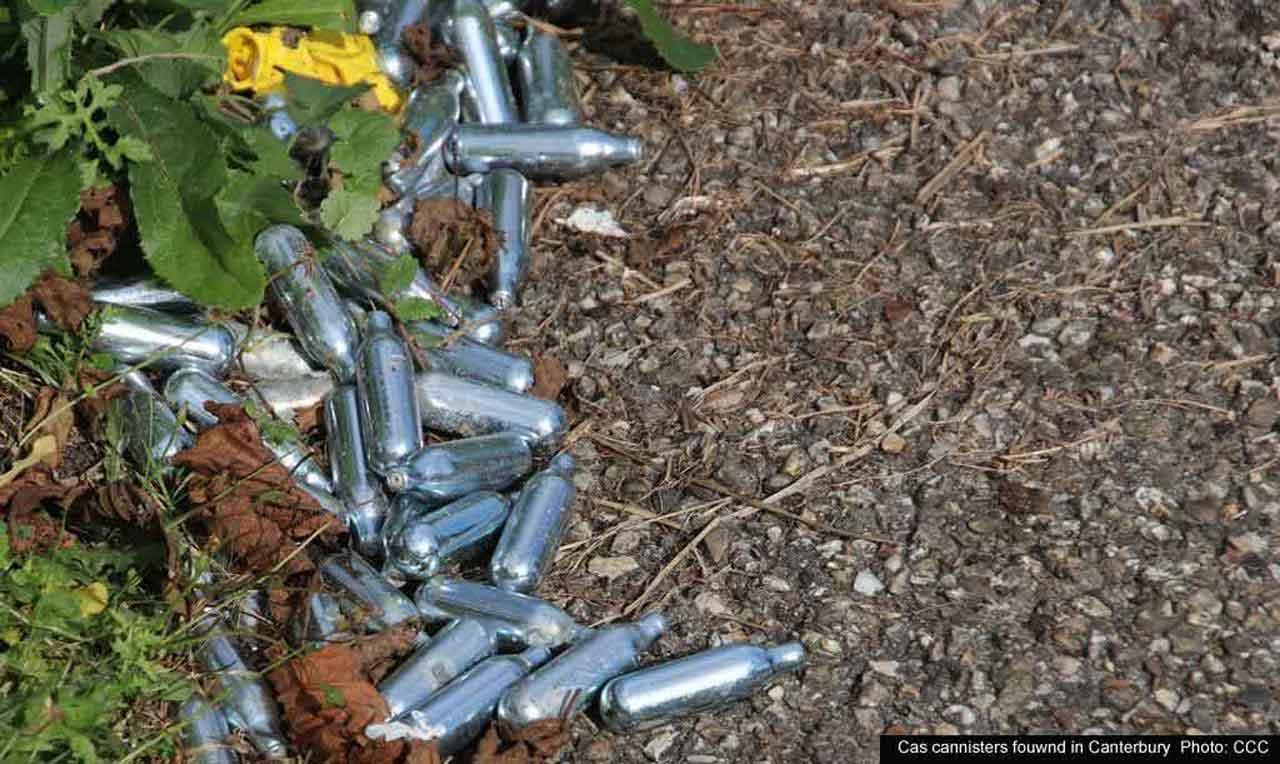 The public is being asked for its views on proposals to ban people causing a nuisance, annoyance, harassment, alarm or distress by carrying, releasing or dumping gas canisters like those containing nitrous oxide or the spray paint sometimes used for graffiti.

Canterbury City Council is planning to make the canisters part of their Public Spaces Protection Order (PSPO) which is designed to help the police and council enforcement officers crack down on behaviour that reduces people’s quality of life.

They would have the power to remove and dispose of gas canisters and issue an on-the-spot fixed penalty notice of up to £100.

Cllr Ashley Clark, Lead Councillor for Enforcement, said: “The PSPO that is being proposed would apply to every public space in the district and we are keen to know what you think.

“Plus, if you have any evidence of gas canisters or spray cans being a problem, it is really important that you tell us about it so we have the evidence we need if we do decide to go ahead.”

The consultation will open on Thursday 17 June and close at 5pm on Friday 16 July.

All the feedback we receive will be reported to councillors and to the council’s Chief Executive to consider before he decides whether to bring the draft PSPO into effect.

The power to put a PSPO in place comes from the Anti-Social Behaviour, Crime and Policing Act 2014.