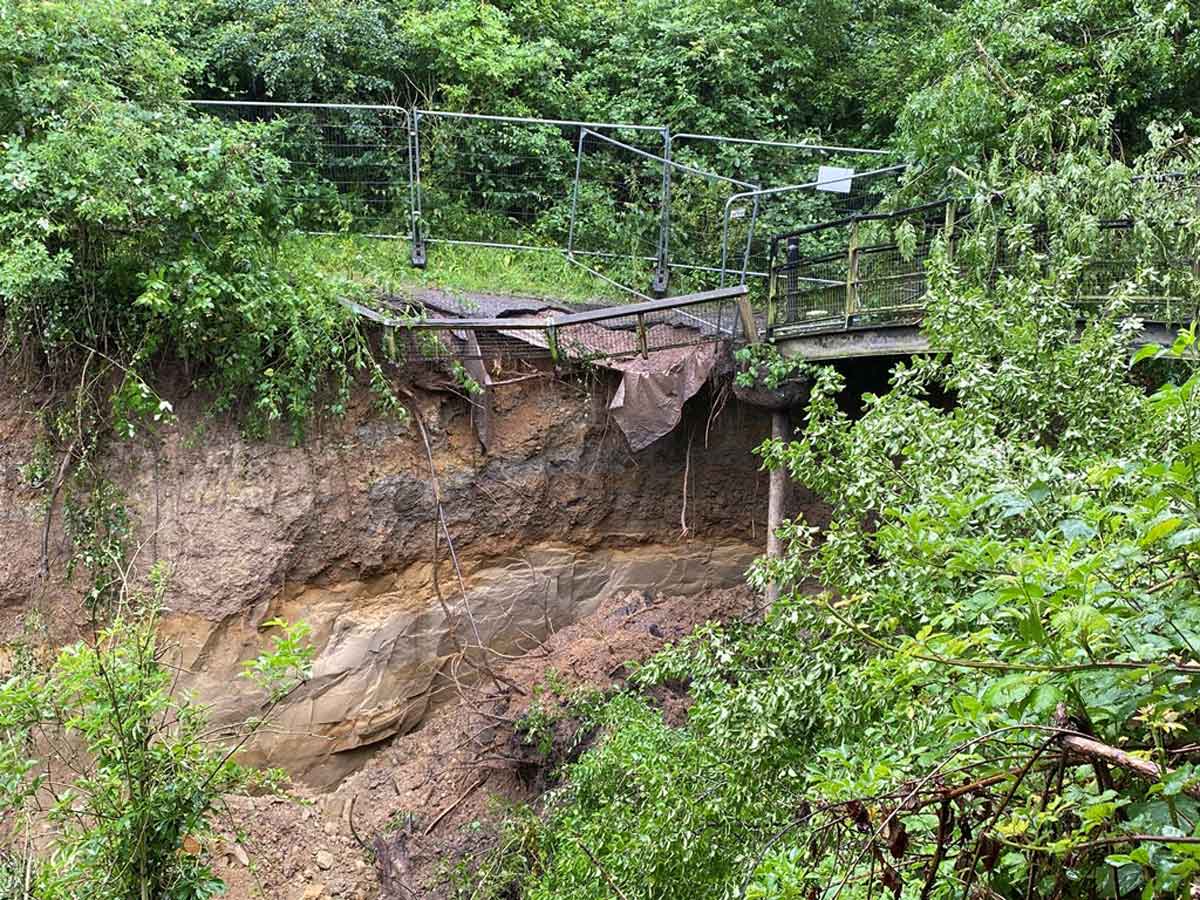 Canterbury council is very concerned to see there have been further landslips at Bishopstone Glen in Herne Bay over recent days, following previous incidents earlier this year.

Engineers are visiting the Glen regularly to monitor the situation.

Although the bridge itself is still standing, its supports have been exposed and this will cause it to be unpredictably unstable.

The council has said the area is not safe for the public to visit and fencing has been put in place to prevent access, but unfortunately this has been smashed down or had locks cut on several occasions. It is strongly urging people to respect the closure in order to maintain public safety.

Options to manage the area, both in the immediate future given the seriousness of the situation, but also for the longer term are being considered.

Bishopstone Glen is a Site of Special Scientific Interest (SSSI), which is nationally and internationally recognised for its geology and wildlife value, but is also subject to natural geological processes, which have been exacerbated by heavy rainfall.

This limits to how the council can manage the site will be advised by a geological consultant who has carried out a survey. The report will set out options for protecting the area and that will be available in due course.

There is lots of public interest in what is one of the most picturesque parts of the district, and the council is committed to working with local residents on its future.

However it is stressing that safety is the number one priority and it will not hesitate to take any steps necessary in order to achieve this.