Are Canterbury councillors ready to ramp up battle against litter louts? 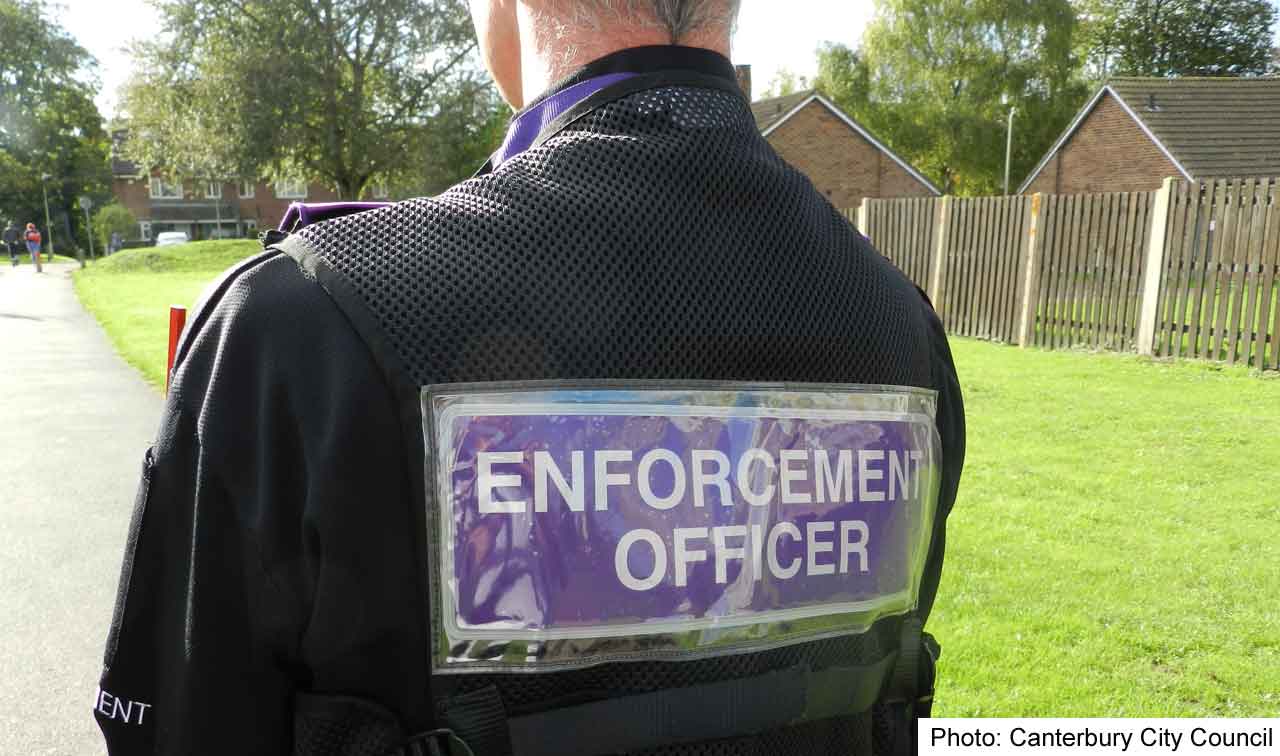 The fight against those who leave their litter behind, flytip or do not pick up after their dog could be ramped up if plans to be discussed by Canterbury City Council’s Community Committee this week are agreed by councillors.

At its meeting on 8 July at the Guildhall, the committee will decide whether to employ private company Kingdom LA Support on a three-month trial basis to provide Enforcement officers dedicated to patrolling hotspots across the district with a view to issuing fines known as Fixed Penalty Notices (FPNs) and to take part in high-profile operations to tackle littering on the coast, in our parks and on our high streets.

In the report to be considered by the committee, the council’s Head of Safer Neighborhoods Doug Rattray, says his team is called upon to tackle a wide range of issues affecting people’s quality of life.

“Many of these matters on the more serious end of things, require lengthy investigation and the preparation of quality evidence in the way of case reports for court.

“This is all very time consuming and mitigates against the use of officers for necessary visible street patrols.

“The support of a private company would enable us to dedicate time to more serious matters by freeing our in-house staff to deal with investigations.”

Kingdom would provide its staff with body-worn cameras and would carry out all of the back office work including collecting the money from fines, dealing with complaints and preparing court cases for those that refuse to pay.

The council would oversee the responses to complaints and will tell Kingdom where to send its officers.

The report reminds councillors that Kingdom was employed by the council between 2014 and 2016 and the model they used created an enormous amount of work in processing the fines, dealing with payments, dealing with complaints, preparing files for court and then attending hearings.

“A total of 97% of fines issued were in respect of people dropping cigarette ends. In due course the council decided not to keep Kingdom on at that time.

“Many will recall the infamous ‘cherry pips’ case during Kingdom’s last spell with us. No quotas are set per officer in respect of FPNs.

“Kingdom’s relationships with any members of the public would be required to be conducted in a professional, courteous and helpful manner with due care and consideration given to special situations and circumstances.”

The report warns employing Kingdom would see a significant increase in the number of fines issued and this would prompt comments on social media and in the press.

Cllr Ashley Clark, Lead Councillor for Enforcement and Open Spaces, said: “The problems with litter on the coast and elsewhere across the district have been well publicised and have been multiplied by the fact the pandemic means people will head to our coast rather than abroad.

“When the sun comes out, it appears the litter louts come out too.

“If this measure is approved by the committee, it will add to the action we are already taking by increasing the resources dedicated to cleaning up after other people.

“Of course, if Kingdom takes to the streets we hope its team struggles to find people to fine because everyone is behaving responsibly and beyond reproach. Unfortunately, so far this summer that has not been our experience or that of other coastal councils.”