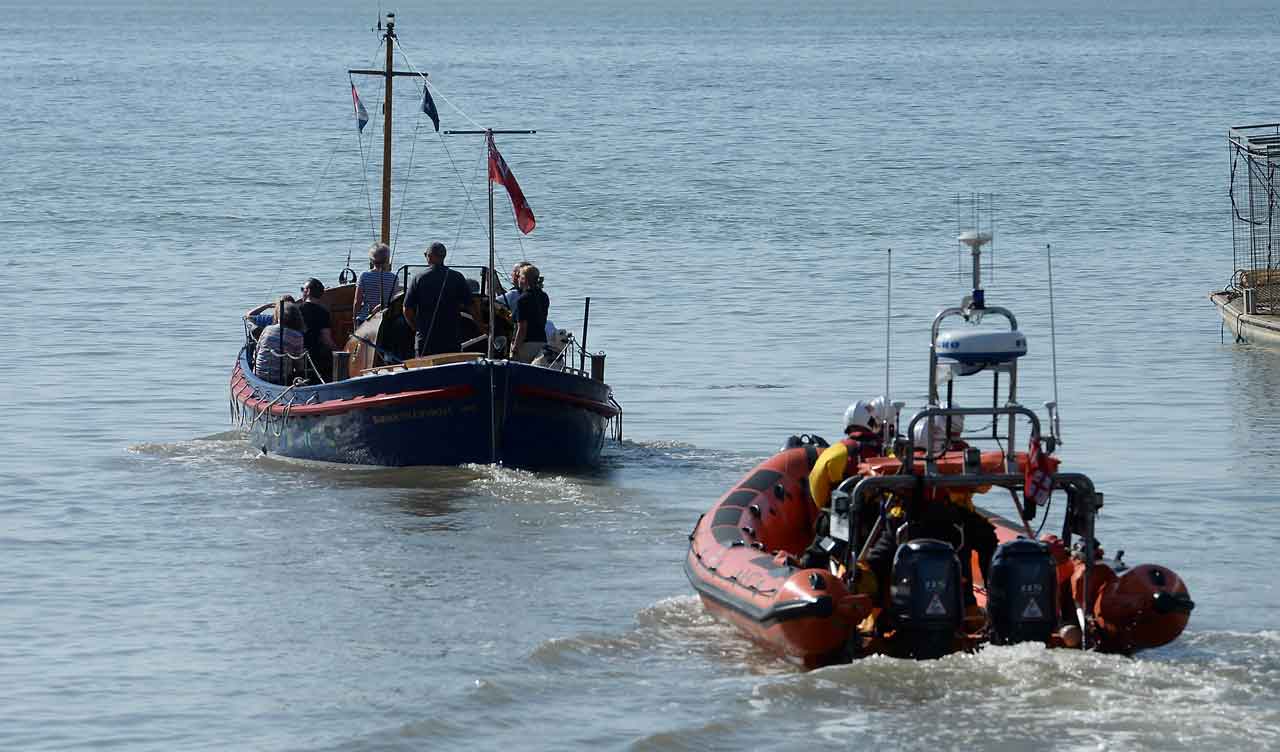 The ashes of a former member of the Whitstable lifeboat crew were scattered from the station’s lifeboat just off the town’s harbour on Sunday evening.

Eric McGonagle who passed away on 19th July 2019 aged 78 had joined the Whitstable Lifeboat crew when he came to the town to take up an appointment as works manager of a local engineering firm in the late 1979 having moved from Widnes.

Eric always have had an interest in the sea and had been the commanding officer of the Widnes Sea Cadet Unit and on his arrival in Whitstable was quick to join the lifeboat crew serving with the station from 1980 until 1990 when he left having bought a hotel in Falmouth.

During his decade with the station he was awarded with a Vellum Service Certificate for his part in the rescue of 12 anglers onboard a fishing boat in difficulties in The Swale in 70-80mph winds in January 1986 and was twice part of the winning crew in the station’s Dan Davies First Aid and Seamanship exercise.

On Sunday his wife Ann, family and friends boarded The Chieftian, the former Barmouth lifeboat which now runs pleasure trips from Whitstable harbour owned, by former lifeboat helmsman Richard Judge, who served with Eric, to escort Whitstable’s Atlantic 85 lifeboat to scatter his ashes just of the harbour in waters that he came to know well.