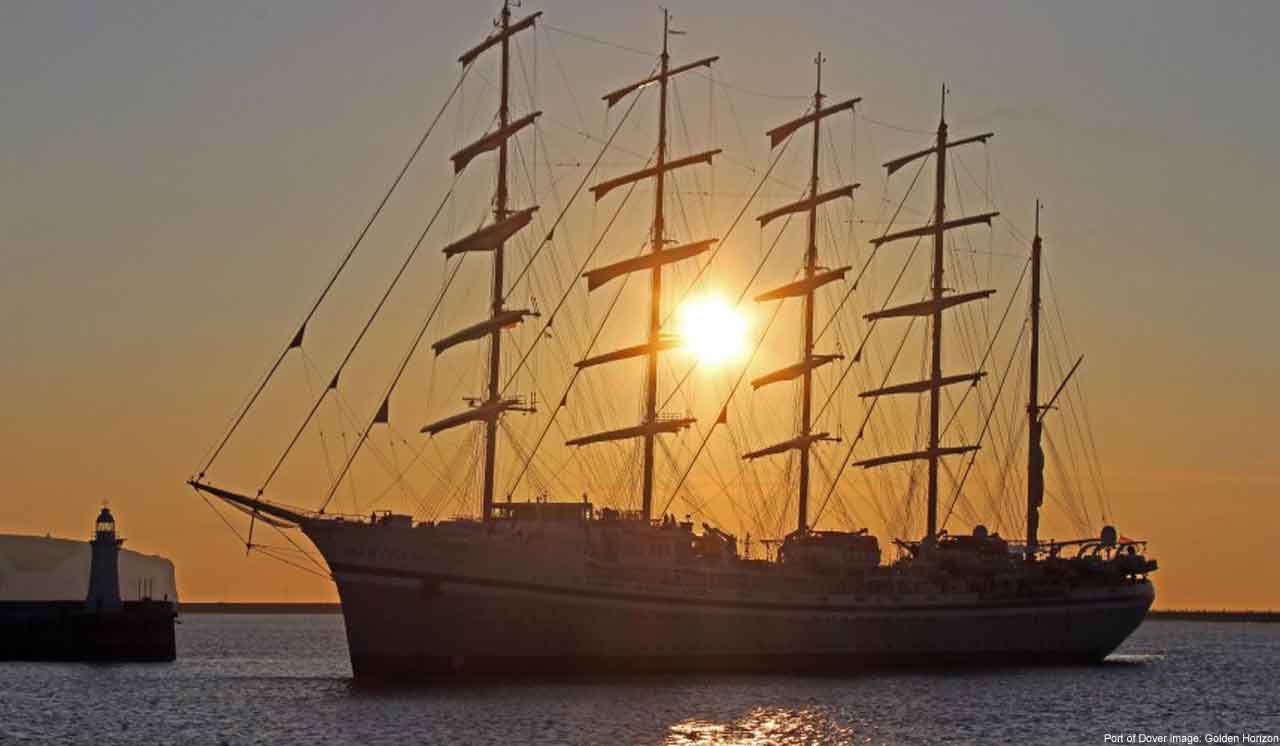 She arrived ready for a round-trip long weekend voyage, before returning to embark on her inaugural voyage from the Port on 19th July.

Golden Horizon is the world’s largest square-rigged sailing vessel and a near-replica of the 1913 built France II.

Sonia Limbrick, Head of Cruise at the Port of Dover said: “We offer a very warm welcome to the beautiful Golden Horizon here in Dover today, what an extraordinary ship she is! I hope our local community makes the most of the rare opportunity to see her before she departs for four cruises throughout July.

I’m really pleased to see the cruise season back in full swing again; it’s exciting to see another new cruise line at the Port today, both for the first time in Dover and as she prepares to embark on her first ever voyages.”

Today marks the third passenger cruise call in just under three weeks to depart from the Port of Dover since its cruise season re-launch on 26th June. The Port’s cruise team has been working hard on COVID safe measures to help protect visiting cruise lines, their crew and passengers. For further information, see here.

Knitted teddies given to Ukrainian children at Tonbridge welcome event