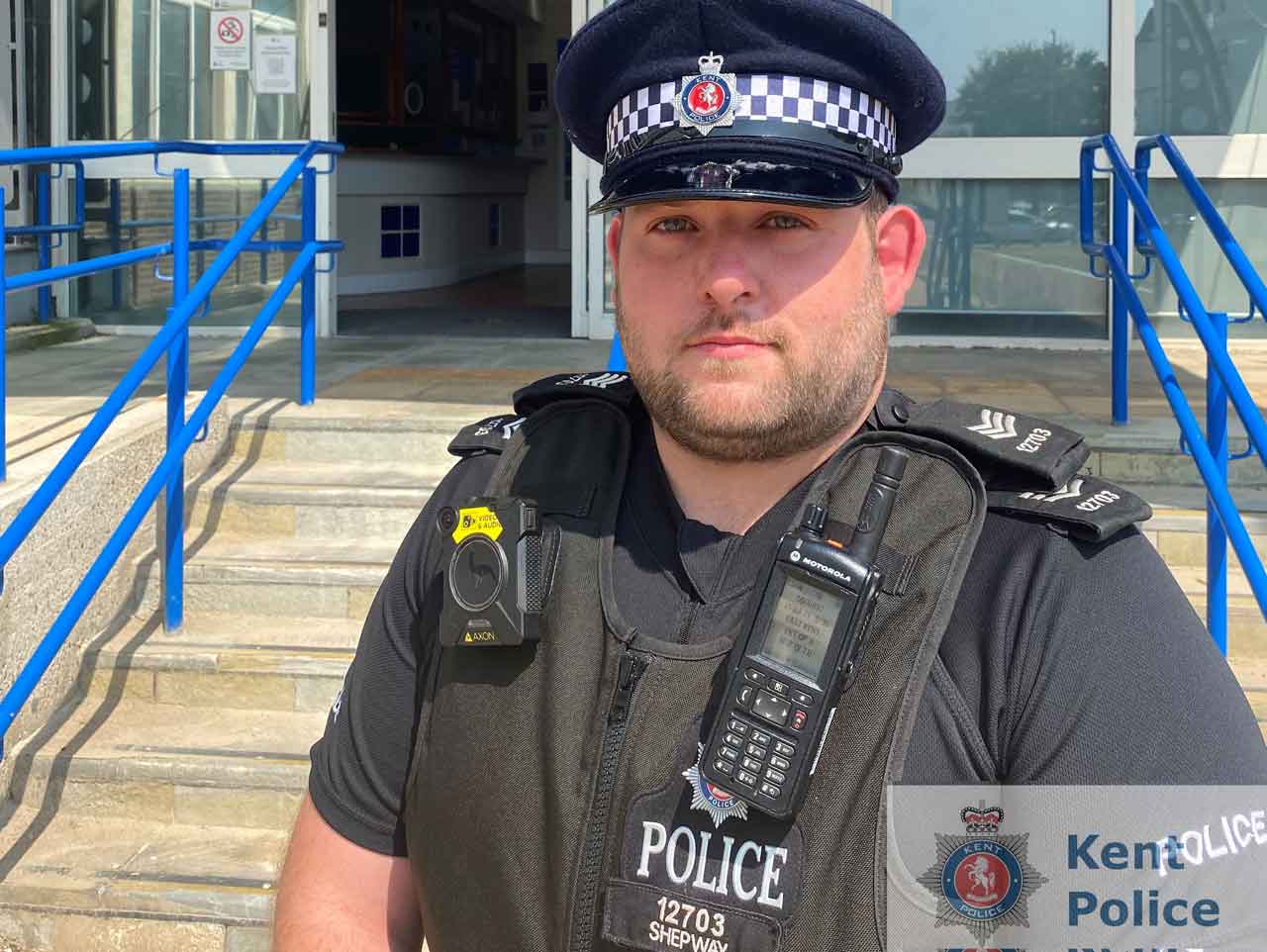 A Kent Police officer who saved an arsonist from a burning building has been commended by a judge.

Sergeant James Cattermole entered a house in Sellindge, near Folkestone, in May 2021 and, with the help of colleague PC Louis Southon, helped get Christopher Pain to safety.

Pain, 57, was jailed for four years and ordered to serve an extra two years on licence at Canterbury Crown Court on Friday 16 July after admitting arson at a previous hearing.

The two officers had been called to Brook Lane Cottages at 12.40am on Monday 3 May following concerns Pain may have a knife and was threatening to injure himself.

The property was locked and officers attempted to speak to Pain through a window to check on his welfare. Pain refused to engage and shouted abuse before starting a fire in the property’s living room.

Sergeant Cattermole then smashed a window, climbed through and dragged Pain to the building’s back door, which was locked.

As Pain continued to resist help, Sergeant Cattermole tried to get them both out of the front door, which had been barricaded with cardboard boxes.

With the building filling with smoke, PC Southon then smashed the window of the back door and the two officers managed to get Pain out of the building.

Further officers and a team from Kent Fire and Rescue Service then arrived at the scene and an evacuation of neighbouring properties was carried out. Extensive fire damage was caused to the property, but no one was seriously injured.

Pain, of Brook Lane, Sellindge, was arrested and taken to hospital as a precaution before being charged.

Chief Inspector Alice Ames, Folkestone and Hythe District Commander, said: ‘Every day, police officers are the first at the scene of unpredictable and dangerous incidents. Their first thought is always to maintain the safety of the public and preserve life.

‘The response of the two officers who attended this call, which I believe saved the offender’s life, is yet another example of the bravery and professionalism so often shown by our team.

‘I hope the jail sentence handed down at court gives Christopher Pain a chance to reflect on his actions and, upon his release, he will no longer endanger himself, others or members of the emergency services.’