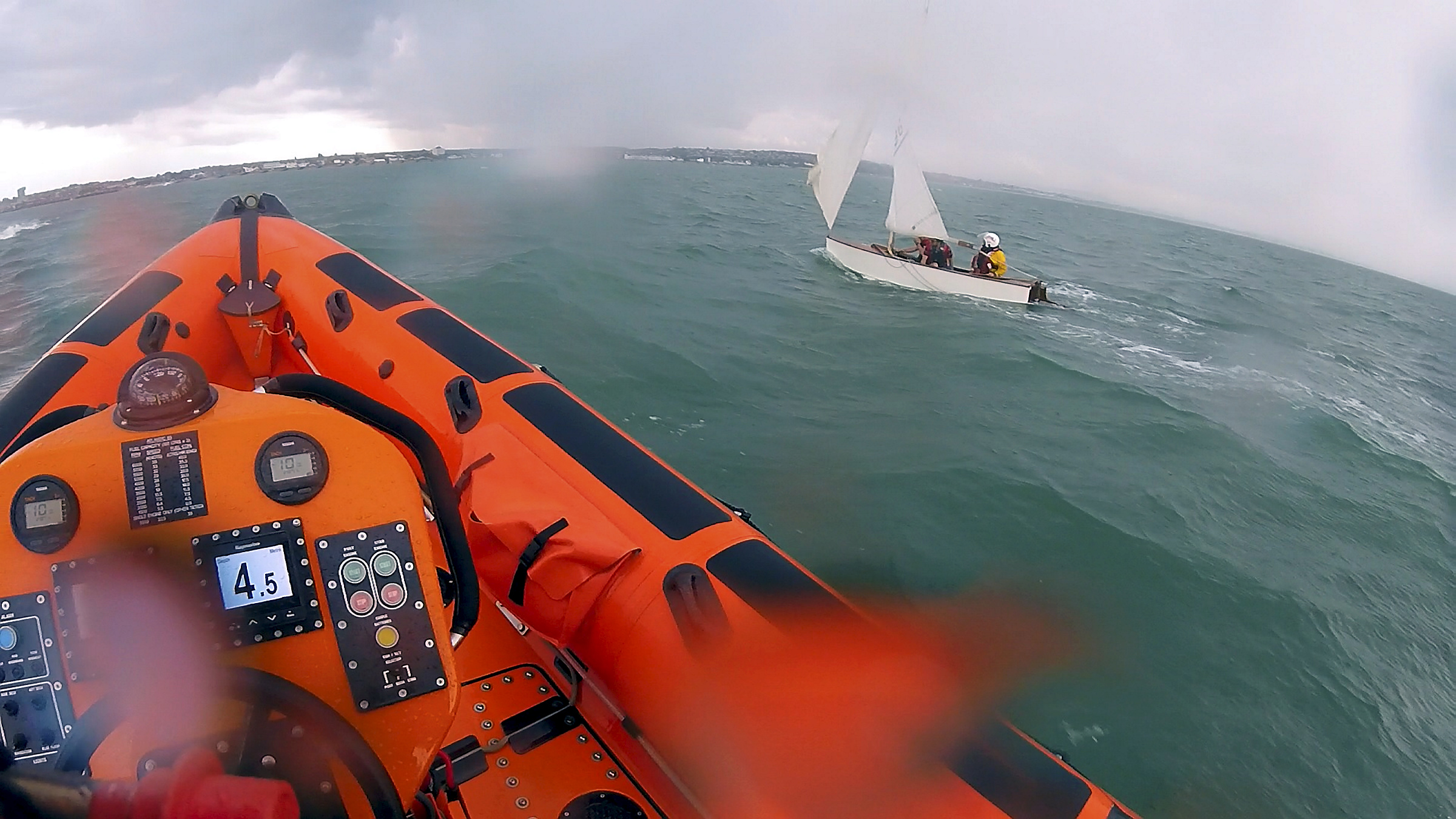 Saturday afternoon turned out to be a busy time for the Whitstable lifeboat crew following a thunderstorm, gusting winds and rain.

The lifeboat was on exercise off Leysdown, Isle of Sheppey when at 4.09pm Dover Coastguard tasked the crew to a report of a capsized sailing dinghy within the Whitstable Oyster Farm but the lifeboat was ‘stood down’ when it was established the craft had drifted clear of the farm and had been righted by its crew.

The lifeboat then proceeded to further calls.

“Meanwhile, a Yacht Club RIB (Rigid Inflatable Boat) came alongside the lifeboat and informed us that four boats were missing following the squall.

“We began an immediate search and soon found a Laser dinghy on the beach near the West Beach Caravan Site at Whitstable. The occupant indicated that he was safe.

“We continued to search eastwards and found three dinghies on the beach near the harbour’s East Quay. However the occupants stated that they were from Tankerton Sailing Club, not Whitstable, as were two further dinghies that the lifeboat found.

“Eventually we located the missing craft at Tankerton, a catamaran and Topaz dinghy on the beach by the Marine Hotel, with a further Topaz being towed ashore by the Tankerton Sailing Club rescue boat.

“With all boats and persons now accounted we then returned to Whitstable to recover crew member Ruth who had meanwhile sailed the second dinghy back to the beach following which we returned to station.”

There were no injuries to any of those involved in the various incidents.