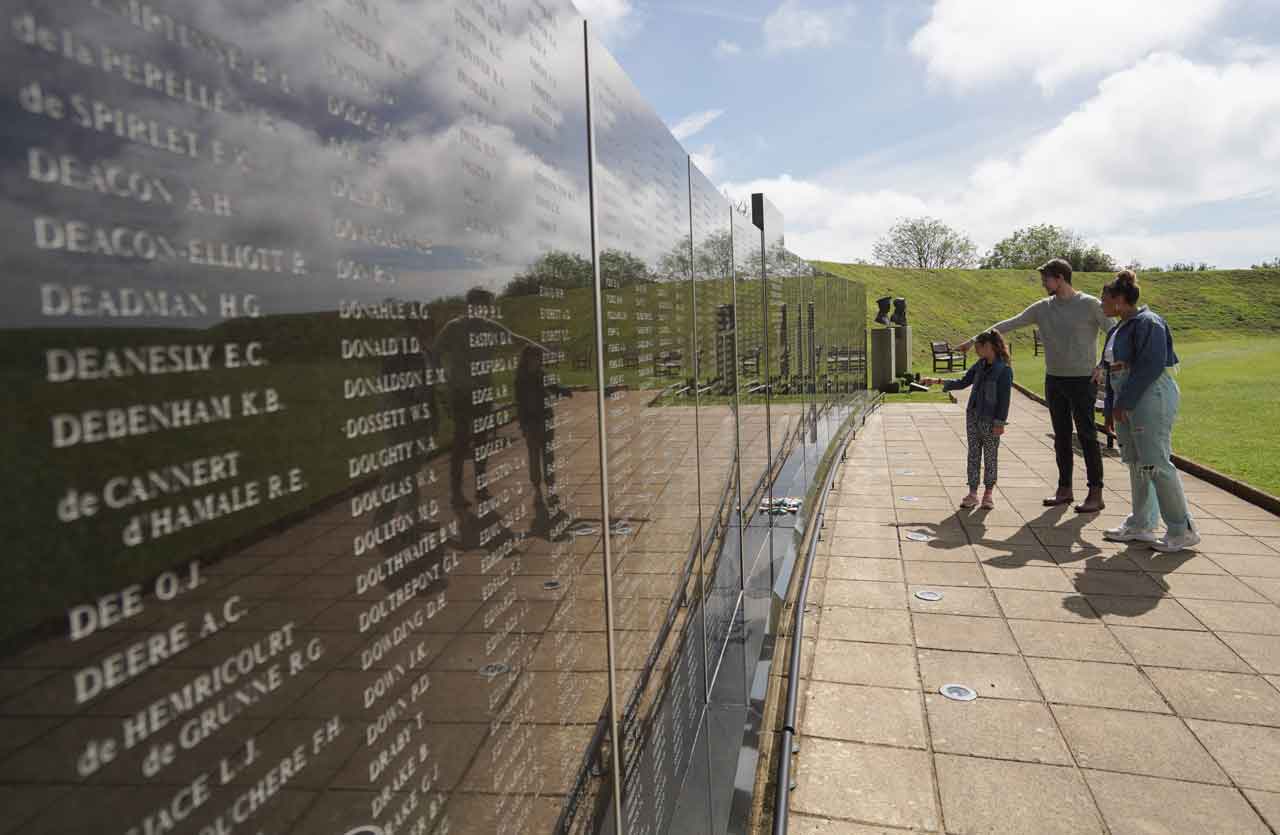 Visitors to the Battle of Britain Memorial just outside Folkestone can head off on an aviation-inspired journey after collecting a trail logbook listing similar sites of interest across the south east.

The Battle of Britain Memorial Trust has given its full support to the trail, launched by Military Aviation Heritage Networks, a new group with funding from Historic England. Youngsters who visit 12 of the sites listed will be eligible for a reward from the Biggin Hill Memorial Museum.

The trail leaflet, which reflects the design of an RAF pilot’s logbook, features 17 historic airfields, museums, memorials and sites concerned with aviation history ranging from the earliest experimental aviation projects through to the Cold War and beyond.

The Memorial at Capel-le-Ferne is home to the National Memorial to the Few, the men who fought the Battle of Britain in 1940, a replica Spitfire and Hurricane, the Christopher Foxley-Norris Memorial Wall and an exciting, interactive visitor centre built in the shape of a Spitfire Wing.

Many of the sites listed in the trail logbook are located at airfields used by RAF Fighter Command’s 11 Group, formed in 1936 to provide air defence in the south east and best known for its role in the Battle, when it bore the brunt of aerial attacks from the Luftwaffe.

Aimed at families, thetrail includes a range of historic buildings and features including an underground bunker, a historic chapel, a control tower and numerous airfields and hangars which are home to priceless collections of aviation-themed items.

Families are encouraged to pick up a trail logbook at one of the 17 sites and then use it to plan visits to some of the other places listed. Attraction staff will ‘tick off’ visits in their logbook, allowing visitors to claim a prize after enjoying 12 great days out. A copy of the logbook can also be downloaded for free online at www.mahn.org.uk/trails

The Memorial at Capel-le-Ferne now has a supply of the logbooks and the team is looking forward to backing the initiative and welcoming visitors from other attractions.

Memorial Trust chairman Richard Hunting CBE said: “This is a great initiative and one we are pleased to support. The logbook highlights some fantastic places for family days out, together with all the information needed to visit them, and is ideal for a ‘staycation’ summer holiday with an aviation theme. It will also help support the many museums and heritage sites, including the Memorial, that had to close last year and have been hit hard financially.”