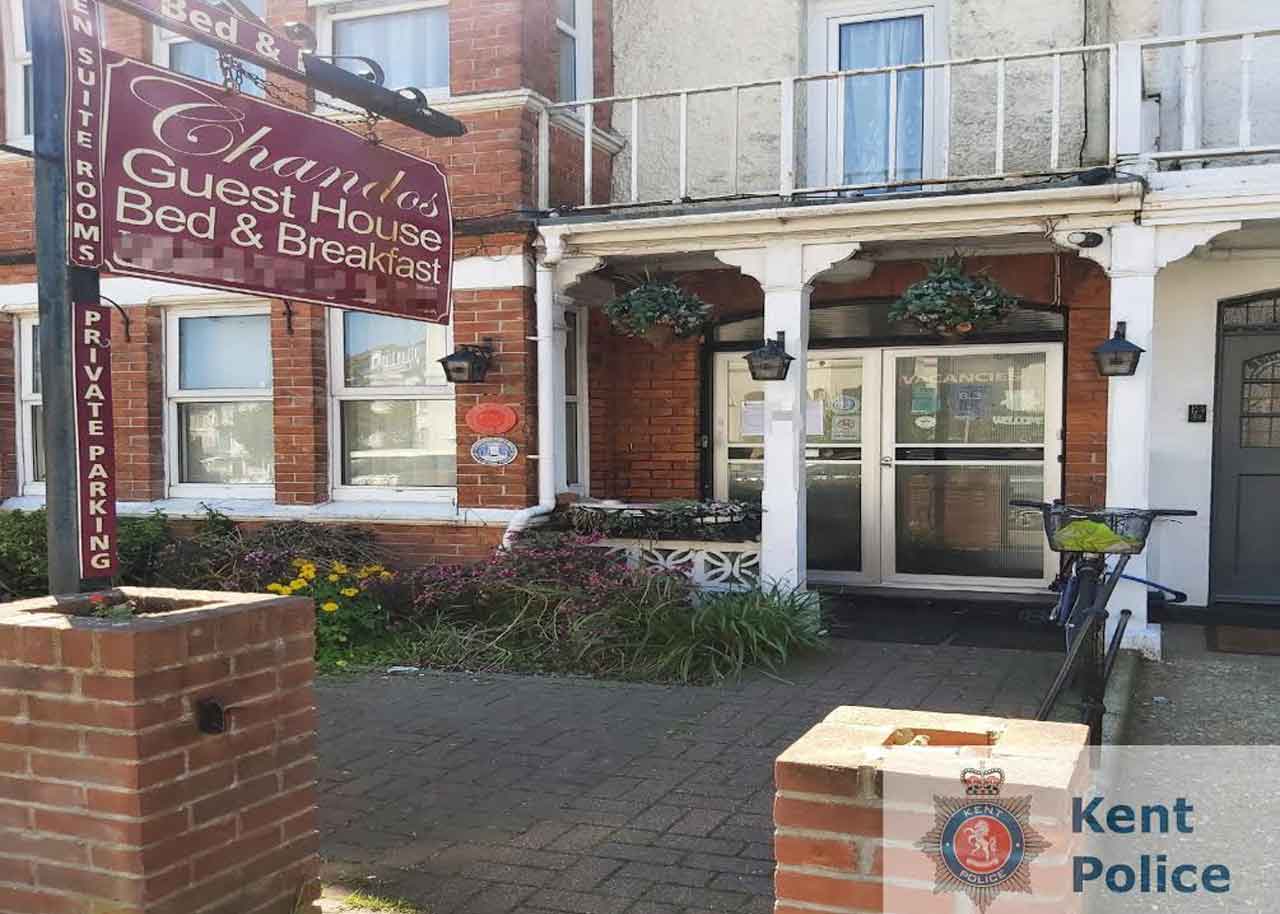 The guest house, with an order attached to the front door

A guest house to which police were repeatedly called following drugs and anti-social behaviour reports has been temporarily closed.

The Chandos Premier Guest House in Cheriton Road, Folkestone was made the subject of a two-month closure order at the town’s magistrates’ court on Friday 30 July 2021.

Officers from the district’s Community Safety Unit applied for the order after police were called to the address 40 times in the eight months from 28 September 2020.

Officers also carried out a ‘test purchase’ at the property, where a person too young to book a room visited and was shown a room and told the cost.

The closure order, which was made under the Anti-Social Behaviour, Crime and Policing Act 2014, is in place until 29 September 2021.

It prohibits anyone entering the property except the owner, the manager, the director or those working for the owner.

Anyone who breaches the terms of the order could be brought before a court and potentially face a jail sentence.

PC Carly Farrow, of Folkestone Community Safety Unit, said: ‘Officers have frequently been called to the address and have repeatedly tried to engage with those in charge and encourage them to operate in a way which helps us prevent offending in the town.

‘This step is a last resort, but a necessary one to protect local residents and vulnerable people in Folkestone from the impact of anti-social behaviour and drug dealing.’