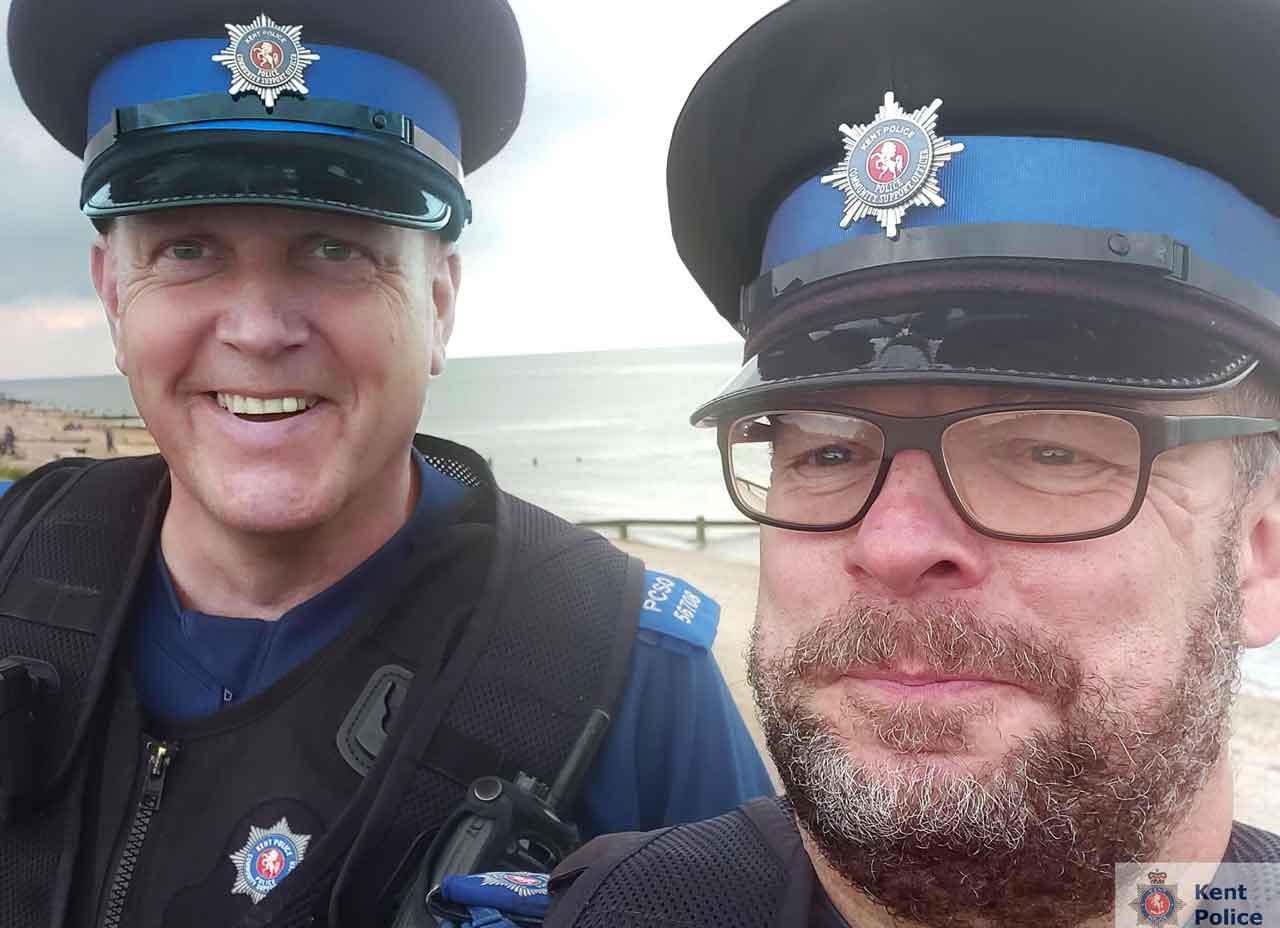 The supervisor of two PCSOs who came to the rescue of a man who had suffered a medical incident in Upchurch has commended the officers for their quick thinking.

PCSOs Lee Fennell and John Cork were on patrol in Upchurch on the evening of Monday 2 August 2021 when a member of the public flagged them down to report a man had fallen from his bike.

When they arrived at the scene the cyclist was lying on the pavement and drifting in and out of consciousness. The pair established he was a diabetic and did not have any insulin on him.

As they were assisting the man a member of the public stopped at the scene and told the officers he was a doctor and began triage.

With the assistance of the sugary snacks, the man’s condition improved and attending medical crews confirmed the cyclists blood sugar was very low but the chocolate and orange juice had helped with his recovery.

Sergeant Ryan Chase said: ‘This is a good example of members of the community working with our officers to assist someone in need. I would like to commend PCSOs Fennell and Cork for their actions, as well as the member of the public who flagged them down and the doctor who stopped the moment he saw someone who needed help. Their actions potentially saved a life.

‘Thankfully the man concerned was returned home by the ambulance crew and made a full recovery.’