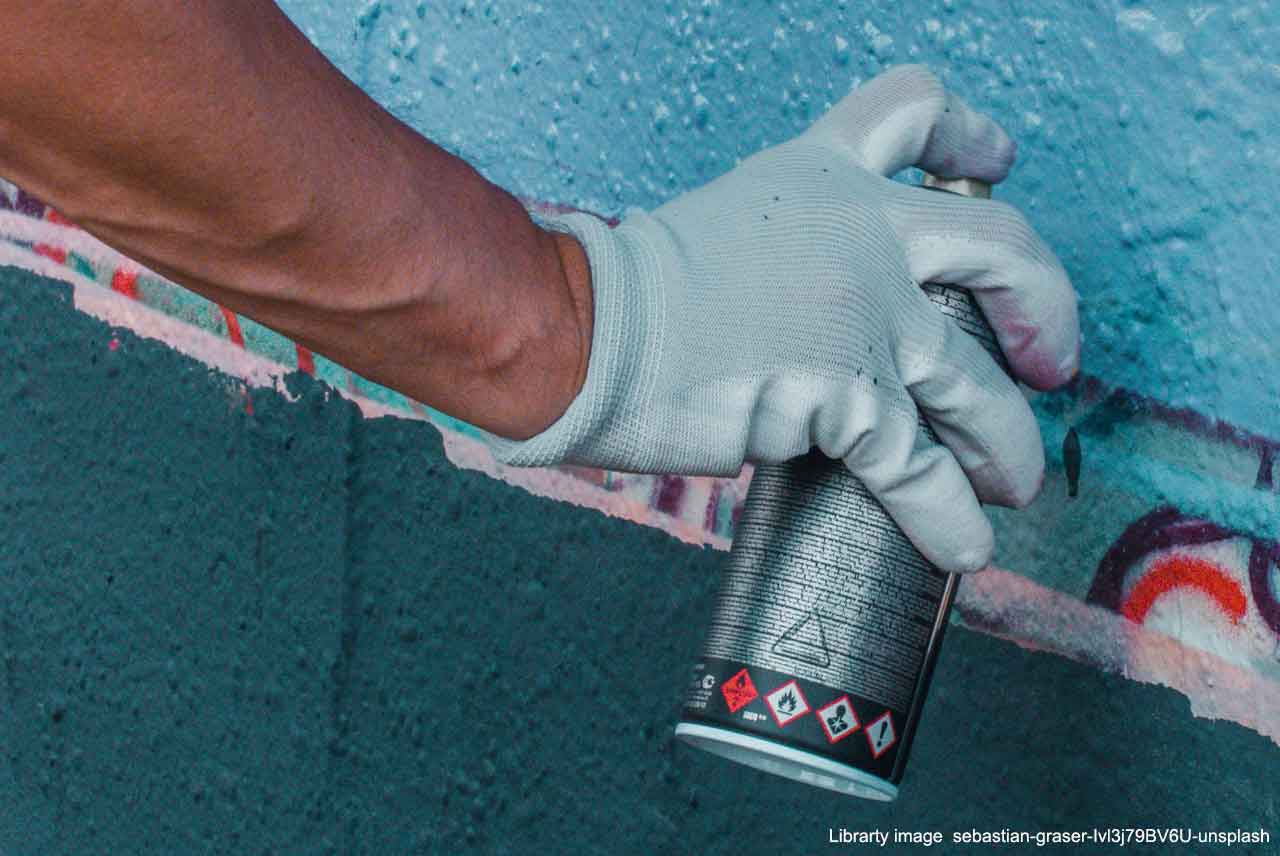 A group of young people from Maidstone have helped create an amazing mural at Maidstone Bus Station as part of the refurbishments to the area.

The local teenagers worked on the project for four days alongside artist Graham Upton using around 140 cans of spray paint of varying colours to create the mural.

Following a tour of the collections at Maidstone Museum to help with design inspiration Graham used ideas for the final design which depicts the history of Maidstone. Images in the mural include links to the former Maidstone Zoo along with TV personality and artist Tony Hart who was born in Maidstone and a student at the former Art College in the town. 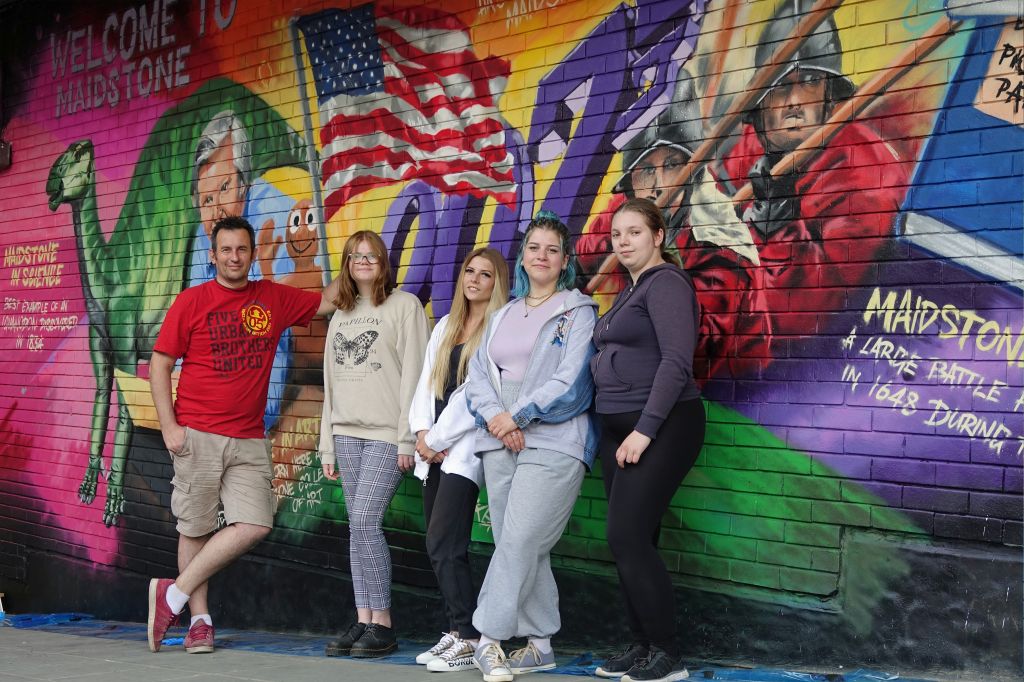 Award-winning street artist, Graham Upton said: “After getting some inspiration from the design workshop with the young people at the museum, I decided to celebrate Maidstone with some interesting facts.

“I’ve always wanted to highlight Tony Hart’s link to the town, as he was a large influence on me when I was growing up. My father also attended Maidstone College of Art in St Faith’s Street at the same time and remembered him. Having an interest in history, I knew about the US flag and also researched some other interesting facts to put in the design.”

The stunning mural will complement the new look Maidstone Bus Station which is being refurbished and includes new CCTV, enhanced lighting and improved public announcement equipment to help people as they arrive in town or board the buses in the area of the station situated under the Mall shopping centre.

Cllr Martin Round, Chair of the Economic, Regeneration and Leisure Committee at Maidstone Borough Council said: “This wonderful mural really creates a bright and colourful entrance to the newly refurbished bus station. I love the addition of Morph as a reminder of Tony Hart’s link to Maidstone as I grew up with Tony Hart’s influence as a child.”

“The refurbished Bus Station will be lighter and brighter and a more modern, safe and welcoming place for people to get on and off the bus in our County Town.”

Maidstone Borough Council is working with Kent County Council, Arriva, NuVenture and the owners of the Mall Shopping Centre to refurbish and improve the area. Knights Brown are currently undertaking the works.