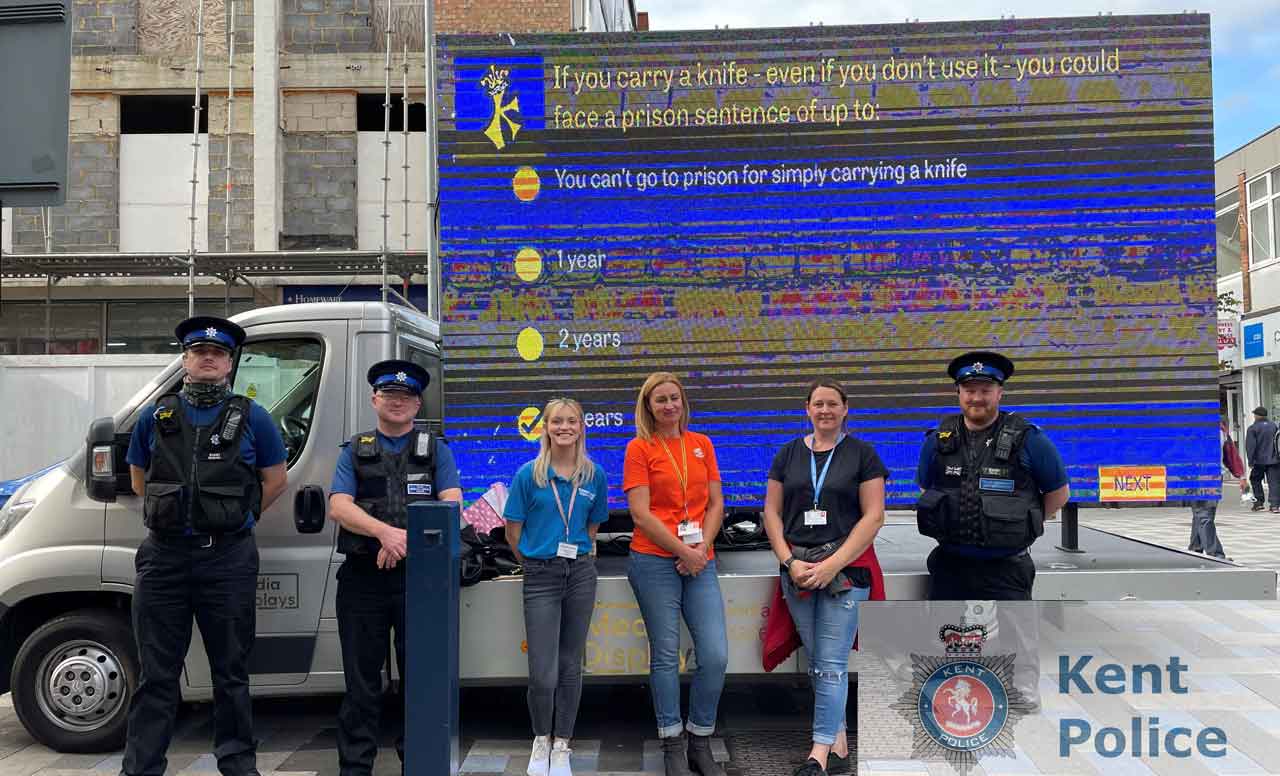 A team dedicated to addressing the concerns of communities across Kent has been working in Maidstone to tackle issues including anti-social drinking and begging.

The team, consisting of several police community support officers, has been speaking to residents, business owners and visitors to the town to understand specific concerns and identify those who have been causing problems in the area.

Their work to date has included the enforcement of the Public Space Protection Order covering the town centre. The order prevents consumption of alcohol and begging in public areas.

They have also been ensuring individuals who are subject to Community Protection Warnings are complying with the conditions that restrict their ability to commit crime or behave disorderly.

The officers have also focused on the anti-social use of vehicles, speaking to motorists and motorcyclists where appropriate. On 15 August, a man riding a motorcycle dangerously along Sandling Road received a formal warning. The vehicle will be seized if he continues to endanger other road users.

Police Sergeant Phil Morley, of the Problem Solving Task Force, said: ‘The team was launched in February 2021 with the intention of tackling the things that matter most to residents, making a meaningful difference and leaving communities more resilient.

‘Key to our work is engaging with local people, identifying the issues that cause them most concern, and then working with other policing teams and partner agencies to ensure positive and effective action is taken.

‘Those residents we have spoken to have told us they are pleased and reassured to see a visible police presence in the area and commented that more families seemed to be using the park areas as a result.

‘We will continue our work in Maidstone over the coming weeks and I would urge anyone with concerns to speak to our patrols, make a report through our website or call 101.’