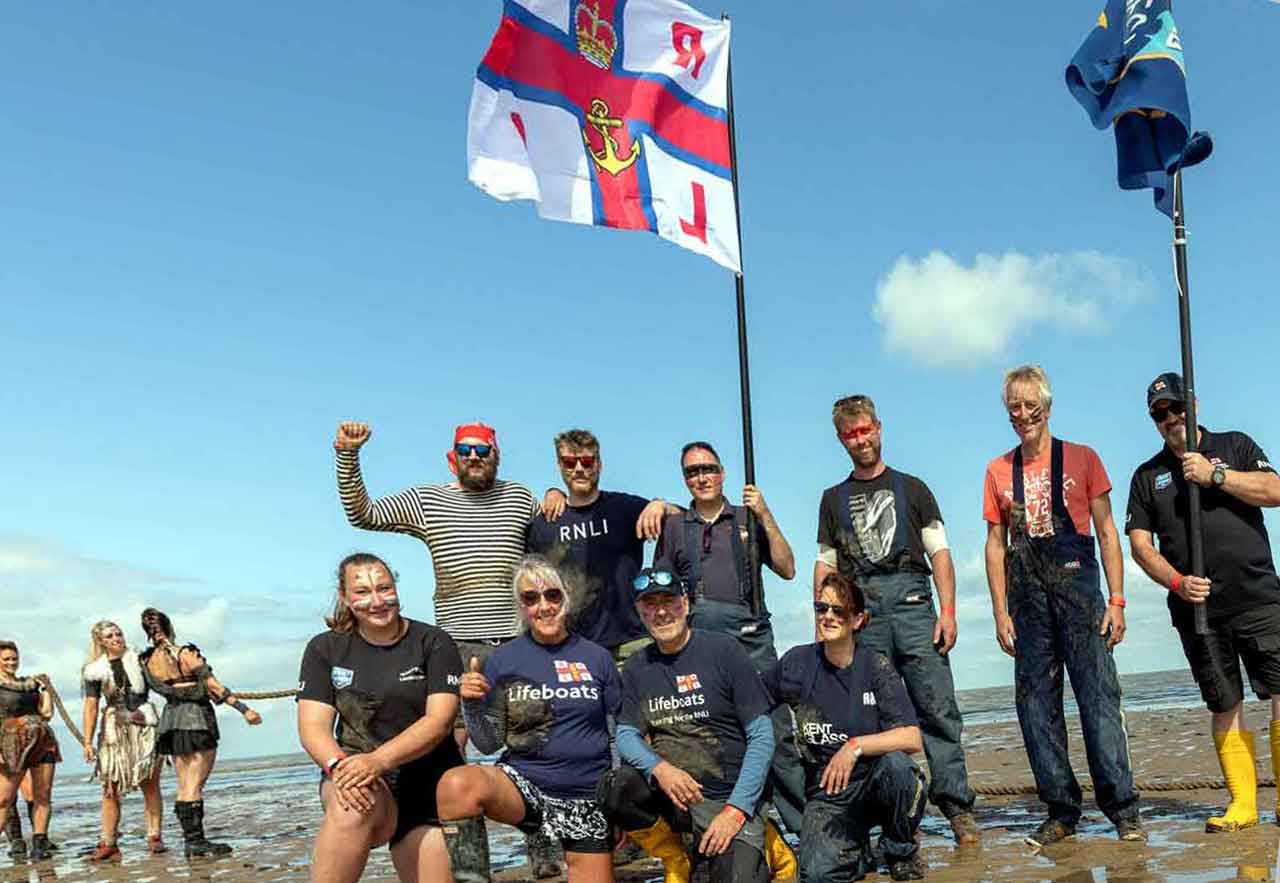 Members of the Whitstable lifeboat crew normally choose to avoid mud if possible, what with on many occasions, having been called to incidents of people trapped in soft mud or on cliff faces and on the numerous mud and sand banks in the area covered by the stations Atlantic 85 lifeboat.

However on Sunday members of the station took part in the Whitstable Oyster Festival ‘Mud Tug’ which as the name implies is a tug of war taking place on the sand and mud flats at low water.

The Oyster Festival which has been running for more years than can be remembered is usually the biggest event in the town attracting visitors from far and wide but this year’s event was a much smaller affair due to the pandemic and the Whitstable lifeboat lifeboat team which comprised of male and female members of the crew or their partners competed against only two opponents, a women’s team and a mixed team completing several pulls to come out victorious in the mixed team category!

Following the event which was watched by a large crowd the crew then had the task of cleaning up, something they are well used to following a shout.

As ever, Whitstable lifeboat crews are keen to stress that those entering or going onto the sea or along coastal paths and beaches should take great care and avoid soft mud.