Howzat! – Prizes given out by Maidstone Mayor in Share for Care charity cricket tournament 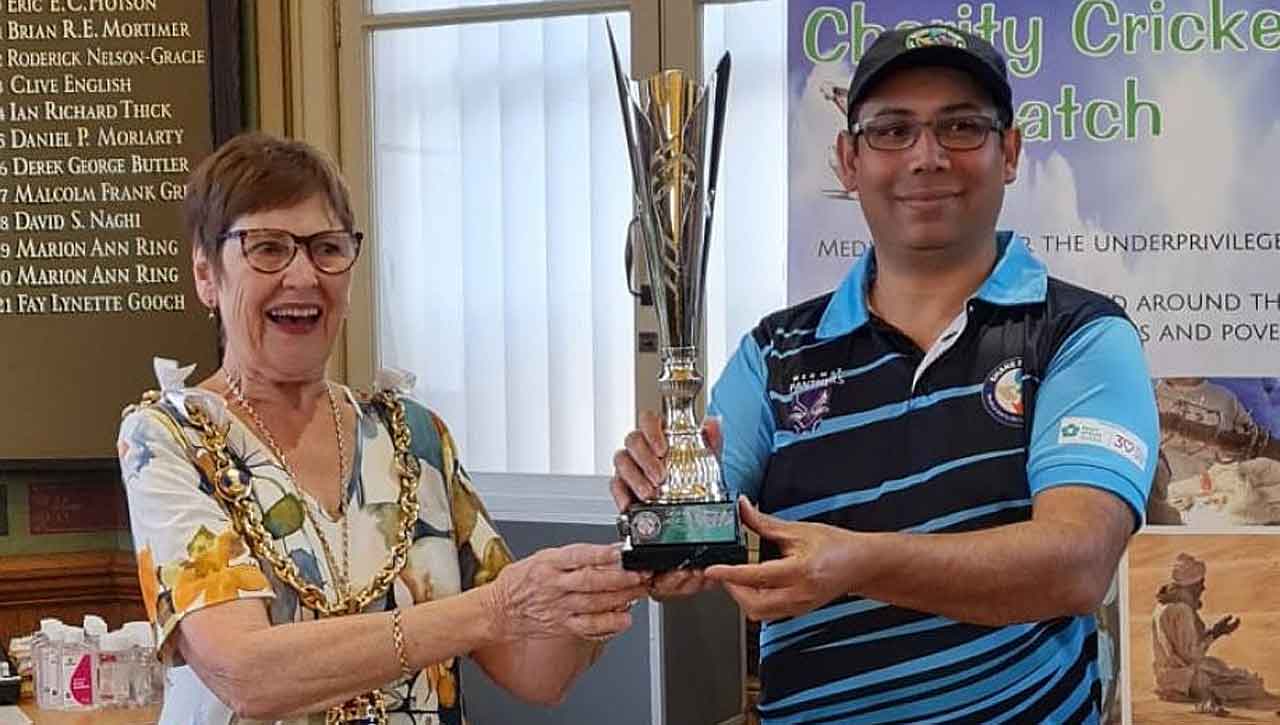 The Mayor of Maidstone, Cllr Fay Gooch held a prize giving ceremony for players who took part in a charitable cricket tournament raising funds through Share for Care for Heart of Kent Hospice and other charities.

Six of the cricket teams that took part in the tournament in Mote Park joined the Mayor in a ceremony at the Town Hall to present trophies and celebrate the work carried out by Share for Care in organising the fund-raising event held in July.

During the prize-giving, Cllr Gooch said: “I am so impressed by the youngsters who are here today. Their innovative approach to their stalls of exotic food and crafts which I saw at the event was wonderful, and all the young people here today truly deserve to be acknowledged with their medals, certificates and trophies for their cricket performances and exemplary behaviour. Congratulations to them all.

“I am delighted to know too that the tournament organised by Share for Care was raising funds for truly worthy causes including Heart of Kent Hospice, which is my chosen charity for my Mayoral year.”

Dr Syed Husain, organiser of the tournament and Trustee of the charity Share for Care explained: “The aspirations of this charity are to help aid medical care in the UK as well as for underprivileged patients around the world where there is no support organisations like the NHS and they have to pay their own medical fees and sometimes dying because of a lack of resources to help fund their treatment.

“The organisation also provides free medical camps in underprivileged parts of the world. We plan to arrange a free medical camp in the most deprived desert area in Pakistan, Thar, with a team of UK doctors to help with expertise and free life-saving medicines. The charity has also assisted with a TB clinic in Nepal and carried out charitable work in Bangladesh with aspirations to help in other parts of the world.”